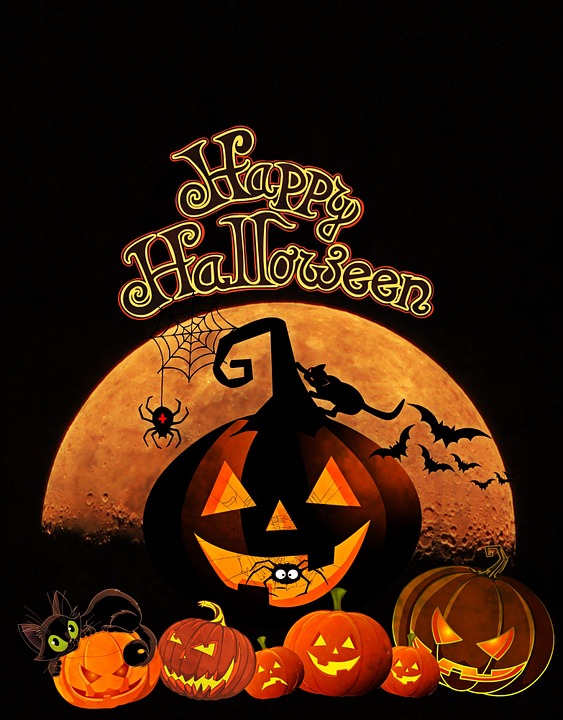 For Halloween happenings throughout Tillamook County, go to https://www.tillamookcountypioneer.net/halloween-happenings-from-hall-o-nita-to-trunk-n-treats-parties-more-throughout-tillamook-county/

Those who first celebrated what we now call “Halloween” probably wouldn’t recognize the holiday today. It’s doubtful that 2,000 years ago — when our ancestors began to hold festivals and remembrances in honor of the dead — that those revelers could have ever imagined a future where children dressed up as cute bears and fairy princesses, then went door-to-door asking for candy.
Still, you can see signs of the day’s somber origins all around at Halloween — because ghosts and goblins and spooky spirits were more than just party themes and decorations.

Over the years, as the belief that the worlds of the living and dead collide at this time each year, Halloween has become a mixture of classic celebrations of remembrance and fun festivals — along with a little bit of dark and scary thrown in.
Over 2,000 years ago
The origins of present day Halloween are believed to date back over 2,000 years ago to a Celtic festival known as Samhain. This festival, held at the end of October, marked the end of the harvest season and the beginning of winter. The Celts believed the night of October 31 was a day when the living and dead overlapped, and the dead returned to earth. Fearing evil intent from the returned dead, festival-goers wore costumes and masks to appease them.
History of Halloween: 43 AD
After four centuries of Roman rule, additional celebrations were added to the Celtic festival of Samhain. One was a day to honor the Pomona, Roman goddess of fruit and trees. As the symbol for this goddess is the apple, it is commonly believed that from this festival came the tradition of bobbing for apples on Halloween
609 AD
All Martyrs Day, a day to honor all saints and martyrs, became a tradition in the Roman church each November 1.
1000 AD
The Roman church dedicated November 2 as All Souls Day in honor of the dead. This day was celebrated with dressing up in devil, angel and saint costumes, and with bonfires and parades. All Saints Day celebration was also referred to as All-hallows and the night before began to be called All-hallows eve which eventually became Halloween.
History of Halloween: 1556
The tradition we now call trick-or-treating has its beginnings in a three day event called Allhallowtide. These three days span the eve of All Saints Day into All Souls Day during which the participants dress in black to mourn the dead. This also begins the practice of “souling” in which peasants go door-to-door begging for food and treats given out in memory of the dead.
1600s
Halloween is banned by the Puritans of New England, because they consider it a Catholic holiday. Then, for the next 200-plus years, Halloween is celebrated primarily by Catholics and Episcopalians.
History of Halloween: 1700s
Many of the traditions still associated with Halloween today begin to develop. Celebrants begin to dress up and go door-to-door singing for treats, turnips are turned into lanterns, and tricks are frequently played on others to imitate the hijinks of evil spirits.
Late 1800s
Irish and Scottish immigrants, fleeing the Irish Potato Famine, arrive en masse to America and bring with them their Halloween traditions, making the celebration more popular.
Early 1900s
Halloween becomes a more secular holiday, with the focus taken away from witchcraft and ghosts and instead placed on family and friend get-togethers, parties and parades.
History of Halloween: 1921
The first officially-sanctioned Halloween celebration is held in Anoka, Minnesota. Over the next several years, more cities follow suit.
1930s
Costumes began to appear in shops, thus making Halloween a truly mainstream, money-making holiday.
History of Halloween: 1966
Charlie Brown gets more tricks than treats in the now iconic Halloween cartoon, It’s The Great Pumpkin, Charlie Brown.
1978
The first movie of a horror movie franchise, Halloween, is released, and Michael Myers becomes an evil mascot for the holiday.
2018 – 40 years later and “Halloween 2018” premieres ….