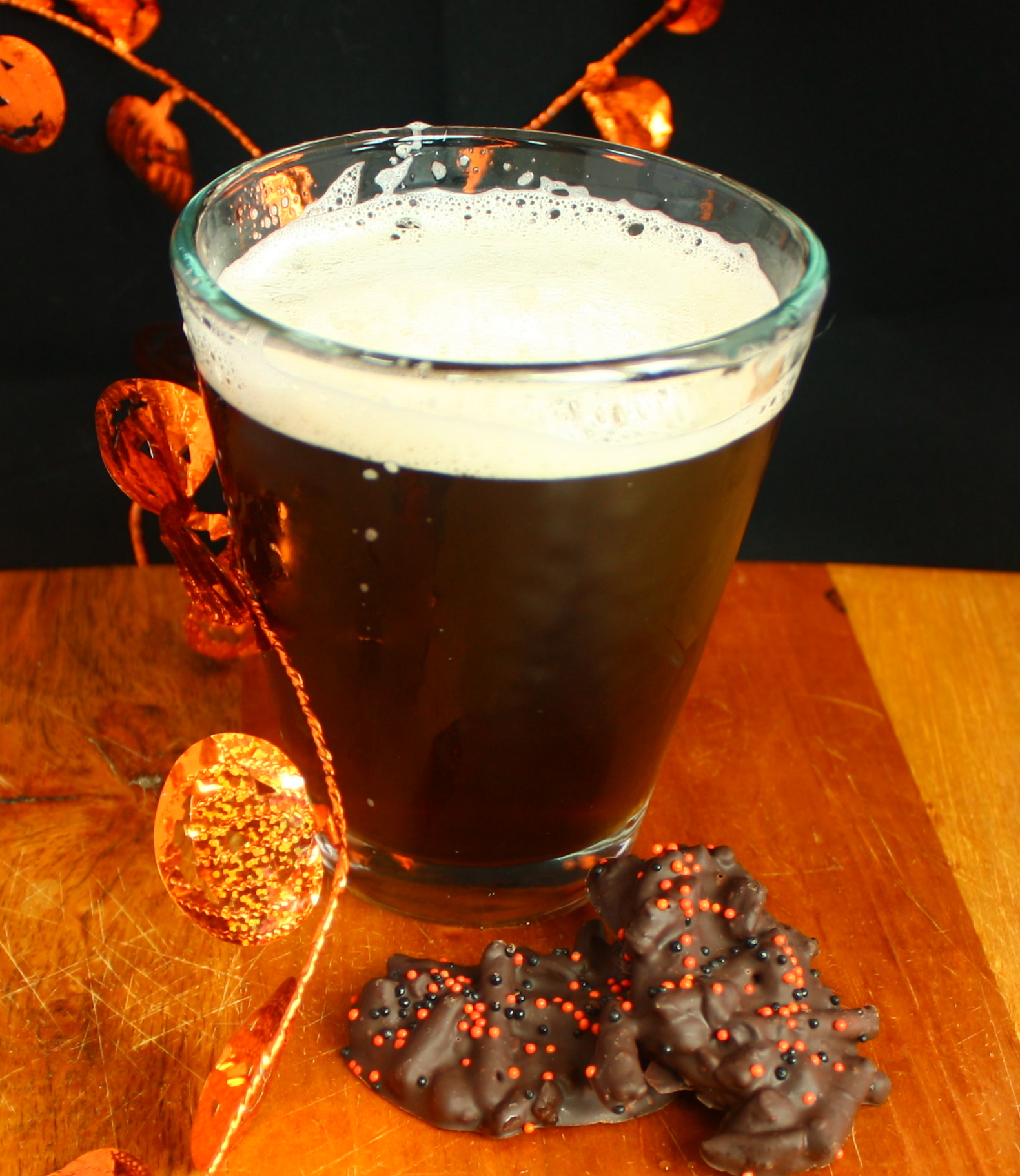 If you recognize these statements then you too are a Harry Potter fan. Every year at this time I break out my movie collection of his and watch them all!
This isn’t anything new. Harry Potter and I go way back, since the first book was released in 1997, I’ve been under his spell. My daughter and I devotedly read each book as it was published. We learned all the spells, wore wacky witches’ hats while eating breakfast and experimentally cooked dozens of Harry Potter recipes. My daughter, as she progressed into that disease called “teenager”, left Harry Potter behind, but I have never gotten over the bewitchment.
There are many things I adore about the Harry Potter series. Magic is sparkling across the pages, the characters are as real as the warts on a toad and the food is simply fantastical. JK Rowling (the author) created a whole culinary universe in those pages that completely captivates me. Maybe it is because “house elves” make the food for the students at Hogwarts or that most of the dishes described in the chapters are devilish and mysterious.

Some of the dishes described are very real English foods like Yorkshire pudding, steak and kidney pie, bangers and mash, treacle tarts, trifles, and the ever smile provoking “spotted dick.” (Just in case you didn’t know, Spotted Dick is a pudding made from suet and dried currants. blech.) Then there are the foods that were completely cooked up in the imagination of the author. Cockroach clusters, chocolate frogs, pumpkin pasties, cauldron cakes, licorice wands, rock cakes, pumpkin juice and butterbeer are some of the mystical foods in the pages.
Obviously there are no real recipes for these magical foods. Fans have enthusiastically experimented by cooking them up in endless ways. There are blogs, cookbooks and entire websites devoted to these mythical recipes. Butterbeer alone has a complete cult following with no less than 25 recipes floating around out there. JK Rowling herself said she has no idea what it would taste like but that it would be “a little bit like less-sickly than butterscotch.”
Butterbeer was commonly served up to the witches and wizards on holidays and at pubs in the books. It is one of Harry’s very favorite drinks. Disneyworld has even gotten in to the speculation and is serving it in their “Harry Potter Theme World.” It is supposedly has a very light content of alcohol, but house elves sure can get drunk on it!
Inspired by the time of the year, I have boldly forged forward to find the prefect butterbeer recipe for the Harry Potter in you. There is a recipe for Squashed Cockroach Clusters thrown in to eat with your butterbeer. 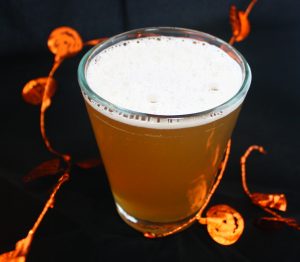 The Three Broomsticks Butterbeer
I had to bribe the owner of the “Three Broomsticks” with a magical teapot to get her recipe. It can be served either hot or cold, spiked or not. I like to use Henry Weinhard’s vanilla cream soda. If you can’t get cream soda add 1 teaspoon of vanilla to the recipe. This recipe serves two.

One tablespoon of butter
One cup of unfiltered apple cider
3 to 4 Werther’s original candies or caramels
1 tablespoon of mulling spices
One bottle of cream soda
For the adult version add;
1 shot per serving of Apple Brandy, such as “Applejack.”

Melt the tablespoon of butter in a medium sized caldron over a medium fire. Add the apple juice, mulling spices and the caramels and stir your pot frequently or the caramels will stick! Cook till the candies are melted. Strain the potion through a dragon skin. (A mesh strainer will do.)

At this point you choose if you want your butterbeer hot of cold. If you want it cold, let the mixture cool, then add the bottle of cream soda right before serving. If you want it hot, add the cream soda to the caldron and heat till just perfect. For adults, add a shot of apple brandy in the glass before adding the butterbeer. Cheers!

Squashed Cockroach Clusters
Use two or three cups of squashed pretzels depending on how crunchy you like your clusters to be.

Melt the chocolate in a double caldron. (Ya know a double boiler) While that is melting, have a troll squash your pretzels into the size you want. (A empty bag from inside a cereal box in quite troll proof for this kind of squishing) When the chocolate is all melted, mix in the pretzels, then drop spoonfuls on a baking sheet that has been covered with wax paper. Stick little pieces of pretzels into the chocolate for legs and shower with Halloween sprinkles. (Don’t let the troll have any or he will eat them all!)