The Hoffman Center for the Arts will host a six-week online “The Evolution of Vocal Music” course, beginning in mid-March and running in April. Music highlighted will include the Medieval, Renaissance and Baroque eras.

The class will be led by Peter Kramer and conducted via Zoom. The one-hour sessions will be held weekly on Wednesdays from 11 a.m. to 12:15 p.m., beginning March 17. Tuition will be $125.

Registration can be done online at https://hoffmanarts.org/events/the-evolution-of-vocal-music-with-peter-kramer/ Born in Portland, Kramer graduated from the Oberlin Conservatory, with a double major in Composition and Harpsichord performance, and is finishing his PhD in Composition at the City University of New York Graduate Center. He is returning to Portland and Manzanita this summer to spend time with his family — Candace Kramer and Drew Prell.

“This is primarily a lecture course to inspire and educate people about music history,” said Kramer. “I will send music examples ahead for participants to hear. These will be played again and discussed in class”

Links to other music will be forwarded to participants to help them understand how music from earlier eras were incorporated into later works.

Kramer said he hopes for interactive sessions wherein people ask questions, and he looks forward to learning participants’ interests and the connections they make.

The weekly sessions will cover: The Classical Era and the Birth of the Piano, The Sonata Form, Romantic Era Songs, Piano Music of the Romantic Era, The Modern (prewar) Era, and the Recent Past (postwar) Music.

“We appreciate Peter bringing this course to the Hoffman Center. It fits right in with our mission of helping people explore arts and culture,” said Hoffman board president Mary Roberts. “Plus, in light of current social distancing concerns, it can be done very effectively online.” 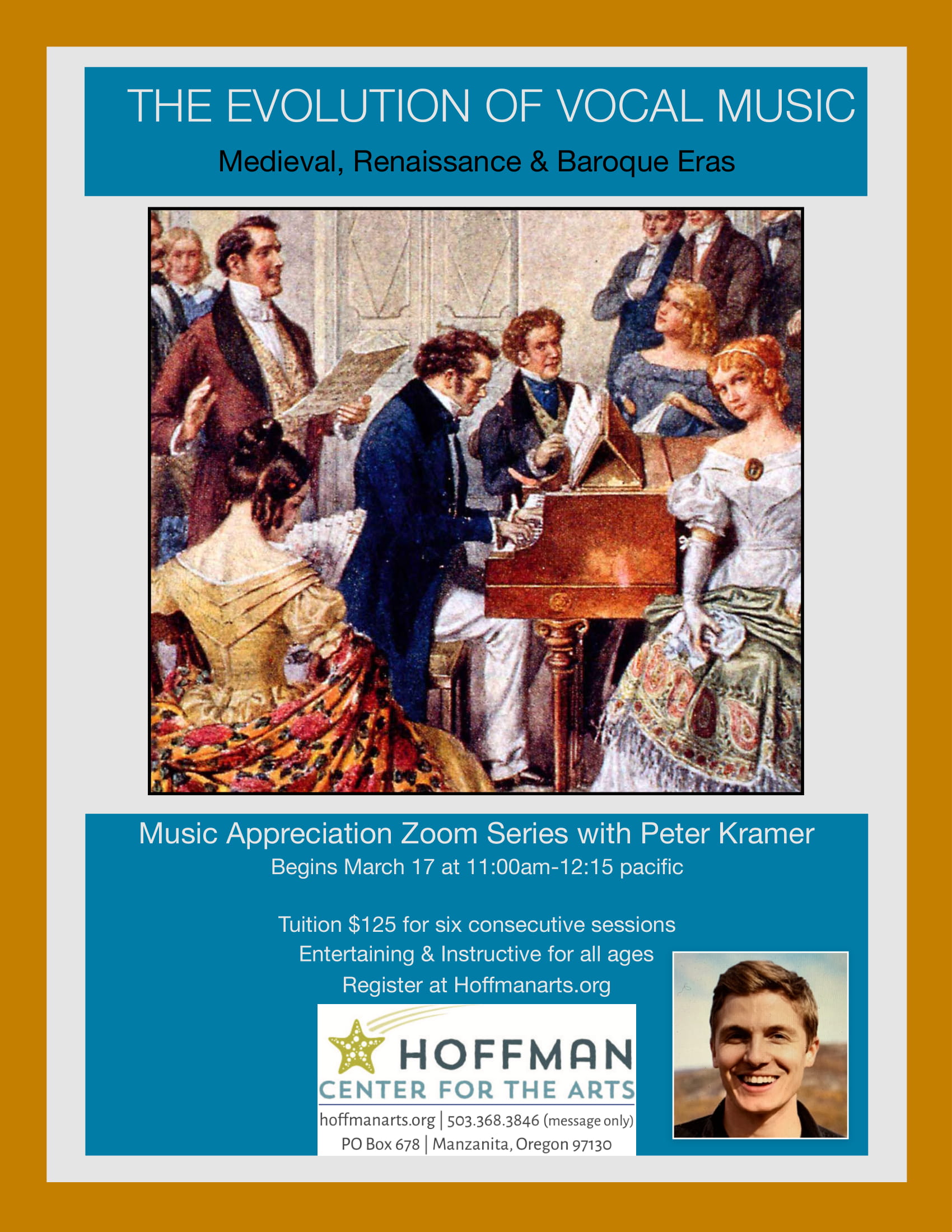