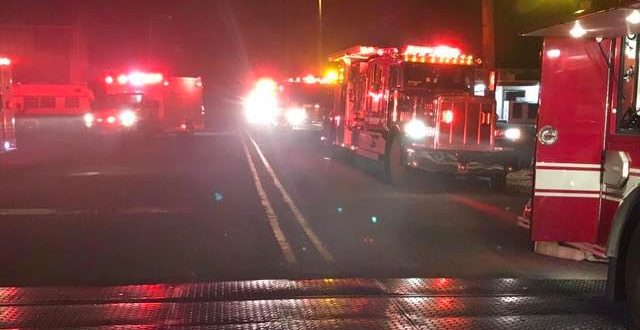 On Friday, May 24, 2019, at approximately 2:20am, Tillamook 911 received a report of a house fire in a two-story residence near the intersection of Cedar St and Lakeside Drive in Barview, north of Garibaldi. Garibaldi Fire and Rescue was first on scene and reported the two-story residence’s upper floor was fully involved and requested a second alarm. The Bay City Fire Department and Rockaway Beach Fire Department both responded to assist. The fire was reported out by 2:40 am.

Fire personnel also reported the two occupants, one male and one female, were located outside the house suffering from smoke inhalation, burns, and cuts. Two ambulances from Adventist Health arrived and Lifeflight Aircraft were requested. Both persons were treated on scene then one was transported to Tillamook Adventist Health Hospital to meet a Lifeflight Helicopter while the second patient was transported to Tillamook Airport and transported by a Lifeflight fixed wing aircraft. Both patients were transported to Legacy Emanuel Hospital in Portland.
The two subjects were visiting from the Salem area and staying in a relatives second home. The relative lived nearby.
The fire is being investigation by the Fire Marshall’s Office and there is no further information available at this time.