Oregon Parks and Recreation Department is accepting comments through Feb. 12 about a proposed rule change that would ban driving on two sections of beach in south Tillamook County. As a resident of the county, your opinion is important to us.
The proposed rule
If passed, the new rule would:
• Ban driving year-round between the mouth of Sand Lake and the northern border of the Cape Kiwanda State Natural Area, roughly in line with the southern edge of Tierra del Mar.
• Close the beach to driving and parking on a quarter mile section south from the Cape Kiwanda boat ramp. At times, boaters may launch or land south of the ramp when the beach north of the ramp is unsafe. This section of beach is normally open year-round, but in summer 2020 OPRD and the county temporarily closed it to vehicles, except boaters, amid state park staffing shortages and safety concerns related to mixing users on foot and vehicles.

More information
Maps and the complete rule language are posted at oregon.gov/oprd. Go to Plans, Rules, Permits and click on Proposed Rule to Restrict Beach Driving in South Tillamook County on the bottom left of page. 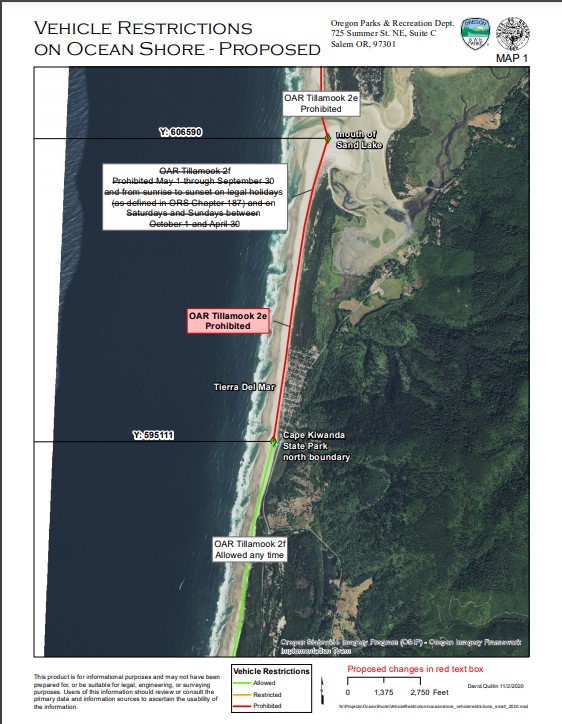 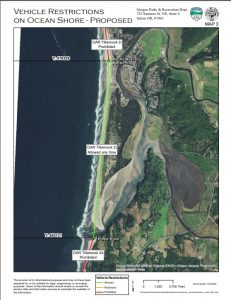 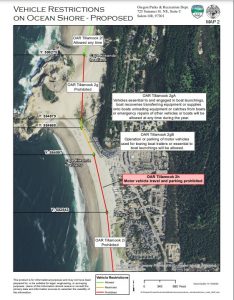