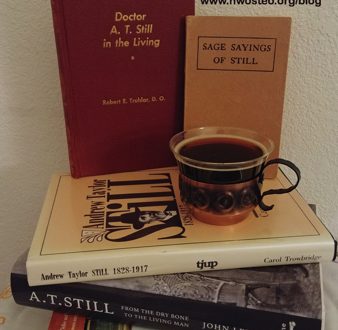 EDITOR’S NOTE: The Tillamook County Pioneer started publishing the column “In Good Health” by the Northwest Osteopathic Medical Foundation in June 2018. We were proud that NWOMF selected the Pioneer as a media partner to increase their outreach and education about osteopathic medicine and general wellness. We had been posting regular columns, and are pleased to bring back this content. Linda Tate, NWOMF communications director tackles a tough subject that will resonate here in Tillamook County. You can search for past NWOMF articles on the Pioneer, and we look forward to posting their content on a regular basis. If you have suggestions for health/wellness articles, please contact editor@tillamookcountypioneer.net.
By Linda Tate, Communications Director, Northwest Osteopathic Medical Foundation
This week, we are going to get a little dark. Heroin is becoming more and more the “go to” drug, now that prescription opioids are being taken from people who are experiencing horrific pain. While the opioid crack down may be good in some ways, it is irrefutably not good in others. For those who truly suffer, day in, and day out, heroin is becoming their best friend. It’s cheap, it’s easy to purchase, and it works.
The problem with heroin, unlike prescription opioids, is the lack of ability to stop using and go back to a normal life. It’s very, very, very difficult. It requires a multidisciplinary approach. Going “cold turkey” is only one step, in the many steps, to maintaining sobriety.


Don’t get it twisted. The man in this video could be your son, cousin, uncle, father, grandfather, friend or extended family. Heroin doesn’t care who you are…it only wants to eat your soul. Period. Heroin addicts are misunderstood, and held in contempt for something they don’t want to be doing themselves. There is a lack of treatment facilities, a lack of mental health funding, and very few resources available.

About Linda Tate
Linda Tate is the Communications Director for the Foundation. She has more than 20 years of experience in the field of social services, having worked with juvenile offenders, victims of domestic violence, homeless veterans and families, foster children, adult offenders, and the developmentally disabled. Linda served on the mobile crisis team, Project Respond, and most recently worked at the Halsey Street Crisis Resolution Center. Aside from her career in social work, she was the Donor Relations Manager for a non-profit in NYC (the SPCAI), an executive secretary for the Engineering Manager at Precision CastParts, and was honored to be the Executive Director of Camp Opportunity, a non-profit serving underserved youth in the Washington area.
View all posts by Linda Tate →