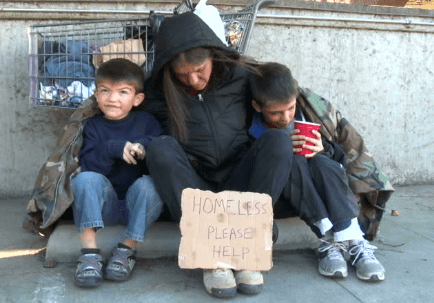 EDITOR’S NOTE: Homelessness exists in all our communities, and sometimes here it’s not as visible as it is in Portland. There are so many people that are houseless, “couch-surfing”, living in their cars or camping out. CARE’s annual event Project Homeless Connect is Jan. 27 from 1-3 p.m. All services will be provided outside at 904 Main Ave., Tillamook – CARE’s temporary location. CARE is accepting donations of items (such as hygiene products, tents, tarps, coats – please note – these items must be new condition this year.)

This week, we are going to talk about the challenges people experience in the face of being without a home. I often hear folks say, “They are choosing to be homeless. They are lazy and don’t want to work“. Maybe. Some. But certainly not all. In fact, the majority of people who are living on the streets would jump at a chance to live inside again. So why don’t they?

We will get to that, but for right now, let’s talk about numbers. Due to the pandemic, more people are experiencing life without a home, but were we in better shape before the virus hit the USA? Not so much.

In 2020, the National Low Income Housing Coalition’s annual “Out of Reach” report stated that “Full-time minimum wage workers cannot afford a two-bedroom rental anywhere in the U.S. and cannot afford a one-bedroom rental in 95% of U.S. counties“.  Now, I know some of you will say, “well, get a better paying job” or “get a second job…that’s what I did in 1964“.

As such, More than 2 million people face eviction each year, far more than the number of people who faced foreclosure at the height of the 2008 mortgage crisis. When every dime you earn goes towards paying the rent, you have zero ability to create any type of savings account. There is no money left over at the end of the month, and often people rob Peter to pay Paul, shuffling their car payment to the end of the loan so they can buy groceries or medication for a sudden illness.

Then entered COVID-19. As the USA faced shut down after shut down, and as people lost their jobs, the homeless population grew. To keep people in their homes, the federal government banned evictions in federally assisted properties through July 25, and some cities and states, including Massachusetts, New York, and Michigan, put their own temporary eviction moratoriums in place. But many of those bans begin expiring this month depending on the state, according to Princeton University’s Eviction Lab, which tracks evictions across the country.

So now let’s fast forward. You’ve been evicted. The ban was lifted. You couldn’t pay the back rent because you didn’t work the entire time the ban was in place and you still aren’t working even though the ban has ended. Now, what do you do? How can you wash your hands? How can you shower?

“I never in a million years thought I’d be in this position“, said Shawn (his name has been changed at his request for privacy reasons). “I’ve always paid my rent. I don’t smoke, do drugs, or drink. I’m a hard worker, but when there’s no work, it doesn’t matter that you are one of the good ones…you get let go with everyone else“. Shawn noted that “at least it’s just me. I see women out here with two, three, four kids and it makes me sick. Winter is here and now what? Where can they go?“.

Once you are homeless, getting another job is very, very difficult. Having worked in the field for over 20 years, I can tell you right now that it’s not easy and anyone who gets themselves out of that situation in my opinion deserves special recognition. In order to get a job, one has to have a phone number for a call to interview. if you can’t afford rent, it’s likely you can’t afford cell service. Even if you can get that call, you have nowhere to shower. No place to clean your clothes. Your appearance is a huge factor in whether or not you get that job. Someone has to be kind enough to give you a hand up for you to make it.

Portland Oregon has given that hand up, and the concept is heartwarming. Helen Hill wrote an article that highlights a vision that was spearheaded by Sandra Comstock. Comstock, a Portland-based sociologist, and homeless advocate is the executive director of Hygiene4All.

Her organization has created a “hub” under Portland’s Morrison Bridge that offers the homeless a place to use a restroom, shower, do laundry, soak their feet (and more medically important, dry their feet), change into clean clothes, and receive basic health care supplies and information offered onsite from 6 p.m. to midnight every day of the week.

There will also be a place to throw away household trash, and organizers hope to offer a mini trash pickup service for the area.

Hill writes, “In the center of the hub is a first-aid station that will be stocked with topical antibiotics, cold remedies, and wound care. There is a place for visitors to sit, soak their feet and dry them completely. ‘People with trench foot can lose their toes,’ Comstock said.“

The article continues, “Informational printouts developed in part by Old Town Clinic will include tips on foot health, wound care, broken teeth, pandemic safety, bed bug, and lice infestations, as well as referrals for these and other health concerns“.

While this doesn’t resolve the issue of being able to get that phone call offering someone a job interview, it goes a long way towards giving someone an opportunity to reconnect with society after receiving the blow of a lifetime.

“If I can just get that call“, Shawn lamented, “then I can get back on my feet again…well…if there’s a place out there that I can afford“. The barriers continue. Lack of transportation, a need to stay close to the job site, lack of rental options. “The closer to Portland you get the more expensive the rent is” he explained, “but if we move out to the suburbs, we don’t have the support of places like this (referring to the hub). It’s depressing. You feel like you will never win, no matter how hard you try, so some just give up. Freezing to death in your tent is for some a welcome prospect“.

In this writer’s opinion, hygiene hubs are an absolute necessity in any city that experiences a houseless population, but during a pandemic, it’s not just a good suggestion, it’s a critical need. My hat is off to Sandra Comstock. Job well done.

Enjoy this clip from KGW regarding the project: