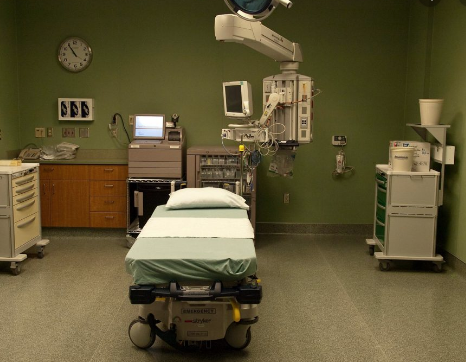 By Linda Tate, Communications Director, Northwest Osteopathic Medical Foundation
This is a subject that many will never have any experience with, but educating everyone about the topic is important…for several reasons. In one way or another, this blog affects you and your family, whether it be through your tax dollars, your safety in the community, your own mental health challenges, or those of your loved ones.
If you’ve never experienced your child having a mental health crisis, then you are so fortunate. For those who have, you know all too well how rare a psychiatric bed is and how long it takes to get your child into one should they need it.

We often hear people making judgmental statements about the behavior of other’s children, without knowing all, or sometimes any, of the facts. “Why don’t they get her some help?” and “That kid needs to be in therapy” are things you hear, especially after there’s been a tragic event, such as the child acting out and hurting themselves or others.
So why aren’t they getting their child some help? Let’s talk about that today.
Elizabeth Hlavinka, a Staff Writer for MedPage Today, recently shared the story of “Henry” (not his real name). Henry had acted out at school, breaking things and removing his clothing. He had been hospitalized before, and it was clear he would need to be hospitalized again.
Henry was transported via ambulance to a Kaiser-run hospital (an in-network facility for this family) and admitted to the ER, where he would eventually be placed in an ED isolation room that had no windows. His parents were given recliners so that they could stay in this room with their son. **This is not a slam on Kaiser, as this applies across the board to all systems. It is only mentioned to highlight the fact that these folks have a healthcare plan that does cover mental health.

Henry never left this room for 603 hours. Twenty-five days. Twenty-five days in what basically amounted to solitary confinement for a mental health issue he didn’t ask for, didn’t deserve, and couldn’t make go away. Every day when Henry woke up, he asked to go home. He became depressed, sleeping up to 17 hours a day and spending much of his time on an iPad, with a DVD player and the hospital room television running in the background.
In addition to autism, Henry also had been diagnosed with attention deficit-hyperactivity disorder and disruptive mood dysregulation disorder that requires various medications best handled in a pediatric-specific neuropsychiatric unit.
For a link to this complete story by Elizabeth Hlavinka, click HERE. I strongly recommend you take a break right now and read her story in full.

So there you have one story of many, where the parents are desperate to find help for their child, and even though they are insured, and their package covers mental health, it’s simply not enough. Without a bed to occupy, there is no treatment for kids like Henry.
In a PEW study from 2016, advocates were suggesting at least 40 beds per 100,000 people be made available. Only the District of Columbia met that mark. The average over the entire United States came out to a measly 11.7 beds per 100,000 people in need. Oregon came in at 16.2, Washington State at 10.2, Montana at 16.8, Idaho at 10.5, and Alaska at 10.8.
Below is the entire USA chart so you can see how your state matches up:

Unfortunately, it would appear lack of beds isn’t the only problem.
I spoke with a mother who had her own nightmare of a story to tell, and she repeats it here for you, on condition of anonymity.
“Becky” had a daughter, “Sally”, who had been diagnosed as Bipolar. Becky lived in Oregon, and her daughter’s behaviors, formerly violent, were under good control with a combination of medications and talk therapy. Then Sally turned 14.
In Oregon, this was the magical number where the parents could no longer sit in on talk therapy without their child’s permission, and the child could also decline medications. Sally did both. Becky explained, she was “feeling really good and didn’t think she needed help anymore. Sadly, she was too young to realize that the therapy and medication were exactly why she was feeling so well.”
Sally fell back into her violent behaviors, and one night, just after Sally had turned 18, her mom had to call 911 for an ambulance. On the eve of her first day at college, her daughter was having a psychiatric emergency and was threatening to kill herself. While Becky was making that call, Sally came out of her room and loudly asked what she was doing. When her mom told her she was calling her an ambulance, Sally yelled, “NO” and grabbed the phone from her mom, throwing it across the room.
When the 911 operator heard this, the police were called out. Sally was taken to the local jail, where she sat for 10 days, and upon her release, a no-contact order was placed between herself and her home. Becky looks back on that time as the darkest of her life.

“I couldn’t see her, talk to her, send her money for food, nothing. She wasn’t allowed to see her comfort dog, who mourned her loss. She went to live with my sister, who was not a good influence on her at all, as she had her own addiction issues. Eventually, I had to hire an attorney to convince the State that they had made a huge mistake in taking her to jail. She never should have gone to jail, she needed a psychiatric bed. The courts agreed with me.”

On her medication, Becky says her daughter is “another person.” She’s “sweet, kind, gentle, and everyone loves her. I get comments all the time about what a great person she is. She’s back on her medication and has been in therapy for five years now, and as an adult, she’s got this, but no thanks to all of the barriers the State tossed in her way. She never should have been able to make her own medical decisions at 14. That was just wrong in my opinion, and it almost ruined her life. She was unable to get a good job with a record, and we had to petition for that part to be removed as well or else she would really have been stuck.”
So, dear readers, are you starting to see the bigger picture here? A child becomes mentally unstable, parents reach out for help, help is denied, either due to no beds available, lack of insurance that covers mental health, privacy rules put in place by the State that works against the parent, or worse yet, a system that says people in crisis need to cool their heels in jail.
Then, one day, the bad thing happens. Somebody gets hurt, or worse yet, killed. Everyone wants to blame someone or something, so the parents are judged, thought to be lacking in the ability to discipline their child, because after all, “there’s help out there…why didn’t they get help for that child,” right?

If only it were that simple.

Here are the hard facts on kids who complete suicides in the United States, and please don’t let the child’s age fool you. If you think a child is too young to know they want to die, think again. Per the CDC, From 1999 through 2015, 1,309 children ages 5 to 12 took their own lives in the United States. 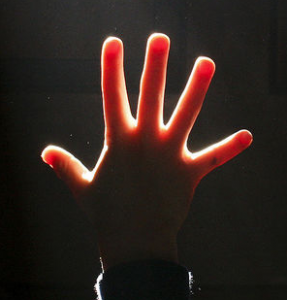 That means one child under 13 died of suicide nearly every five days, on average, over those 17 years. The frequency was higher from 2013 to 2015 — once every 3.4 days.
These are all very serious issues that deserve our time and attention. As resources get tighter, and states are forced to cut much-needed funds, where do they start cutting? How do they decide?

On January 13, the Oregonian ran an article stating that “Oregon’s top health administrator has asked state lawmakers for $20 million to help ensure that people who need mental health treatment get it, particularly those who have been charged with a crime“.

While I would never, ever criticize someone’s plan to add any amount of mental health care or beds to Oregon’s system, what I do want to point out is the last part of the paragraph, “particularly those who have been charged with a crime“.

Click on the link below to see what Oregon is doing to expand mental health clinics for kids. 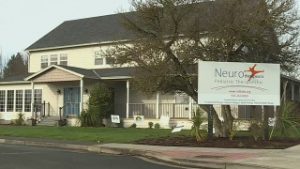