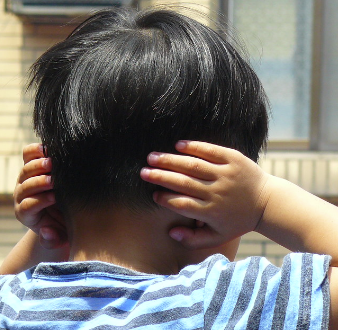 By Linda Tate, Communications Director, Northwest Osteopathic Medical Foundation
We all know someone who can’t stand the sound of people chewing their food. You may be one of these people. Before you start to judge them for being overly dramatic, attention-seeking, or high maintenance, you should know something. It’s a thing. No, really, it’s a real disorder.
The condition is called Misophonia. If you become enraged when someone keeps sniffing, sighing or snoring, you may have this condition. If an everyday sound (breathing, chewing, sniffing, tapping) triggers an intensely negative reaction for you, misophonia may be to blame.

Misophonia is characterized by an emotional reaction and intense aversion to a common sound. Typically a misophonic person’s reaction to a trigger sound begins with irritation or disgust and then quickly intensifies in a way that feels uncontrollable. The sound may incite anger or provoke a fight-or-flight response, and it may significantly compromise a person’s ability to function and socialize.
According to James Cartreine, PhD, a Contributing Editor to The Harvard Health Blog, “Misophonia is a real disorder and one that seriously compromises functioning, socializing, and ultimately mental health. Misophonia usually appears around age 12, and likely affects more people than we realize“.
His blog goes on to say, “New research has started to identify causes for misophonia. A British-based research team studied 20 adults with misophonia and 22 without it. The team’s important finding was in a part of the brain that plays a role both in anger and in integrating outside inputs (such as sounds) with inputs from organs such as the heart and lungs: the anterior insular cortex (AIC). Using fMRI scans to measure brain activity, the researchers found that the AIC caused much more activity in other parts of the brain during the trigger sounds for those with misophonia than for the control group. Specifically, the parts of the brain responsible for long-term memories, fear, and other emotions were activated.
“The researchers also used whole-brain MRI scans to map participants’ brains and found that people with misophonia have higher amounts of myelination. Myelin is a fatty substance that wraps around nerve cells in the brain to provide electrical insulation, like the insulation on a wire. It’s not known if the extra myelin is a cause or an effect of misophonia and its triggering of other brain areas“.
There is an Association located in Portland, Oregon called The Misophonia Association. You can go to this web page to get more information on this topic: https://misophonia-association.org/
There are also numerous clinics throughout the USA, for those who feel their lives are being negatively impacted by this disorder. This directory can locate the clinic nearest to you: https://misophoniatreatment.com/treatment-provider-directory/
This video runs for approximately three minutes and has some good information: 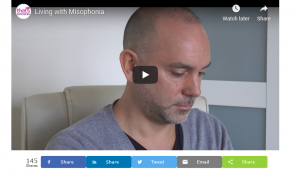