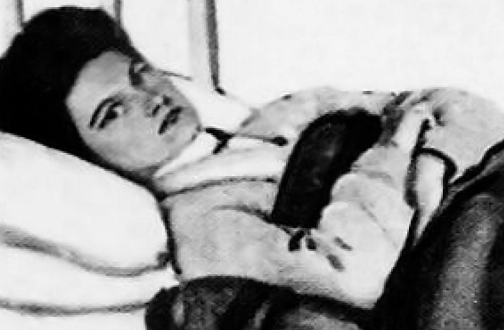 EDITOR’S NOTE: Who would have thought that a simple thing – like wearing a mask to protect others – would cause so much divisiveness?It makes a difference. A BIG THANK YOU to Linda Tate for her well-researched, timely articles, and tackling hard conversations. And especially for providing masks to several Tillamook County businesses. Linda – you rock!

By Linda Tate, Communications Director, Northwest Osteopathic Medical Foundation
Have any of you felt confused around the whole “how do we combat this virus” issue? I know I have. We keep getting a mixed message from the agencies that we have grown used to relying on for solid information, like the Surgeon General, the CDC, and the WHO. All three have publicly changed their stance recently. At first, they said no masks necessary, now they have decided they are critical to our daily routine. I would like to give them the benefit of the doubt when I say, “when you know better, you do better“. In other words, this was a new strain of Corona, and they had to learn about it before they could advise us properly. Fair enough? Good. Let’s move on.

Can people be at risk in the presence of someone with zero symptoms? We can do our own research and make our own decisions, based on the history available to us. 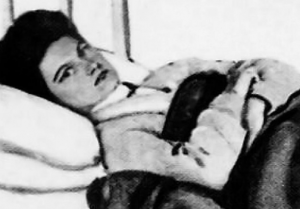 Mary Mallon
Have you ever heard the story of Typhoid Mary? Mary Mallon, also known as Typhoid Mary, was the first person in the United States identified as an asymptomatic carrier of the disease.
Mary Mallon, the first known case of a healthy carrier in the United States, was proven responsible for the contamination of at least one hundred and twenty-two people, including five dead.
Asymptomatic is a strange word, isn’t it? What exactly does that mean? It’s defined as: (of a condition or a person) producing or showing no symptoms. “infection is usually asymptomatic”
What that means is that you have an illness, and can infect others with that illness, but you have no symptoms yourself. You may never have symptoms. You are still infecting others, regardless.
In recent studies, it has been noted that many people who test positive for the COVID19 virus, aren’t having any symptoms, and don’t even know they are ill. The percentage of asymptomatic carriers has been estimated to be as high as 81% of all being tested.
So what does this mean for you and me? This means that if you are at the store, and you aren’t exercising precautions such as observing the 6-foot rule, wearing a mask, and washing your hands, you could be standing next to a caregiver who is exposed to COVID19 via your droplets in the air. That caregiver then goes to work having been exposed and exposes their coworkers, as well as the elderly or differently abled patients they serve. 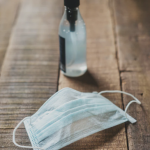 Ultimately, someone’s grandma or grandpa could die from the exposure, and you will never know that this all started with you.
That’s a heavy thing to consider, isn’t it.

“What harm can come from wearing a mask into the grocery store?” You won’t have it on for long periods of time. You won’t have to wear it in the car, or in your home — just while you shop. Is that such a horrible thing to ask? Understandable that some cannot wear the masks for mental health or even physical health reasons…I got you. But the rest of us?
My little hometown had an outbreak at a care facility this week. Virtually all residents and most staff people tested positive. All were originally asymptomatic. According to Canby Now Podcast, as of this writing, there are seven dead.
These elder hearts were on lockdown. They aren’t the ones who brought in the exposure. Even if one went out to the hospital, they were tested before coming back. This outbreak happened because someone exposed someone, most likely unknowingly, who then took it to work (also unknowingly).
There will never be such a thing as “perfect safety” only “harm reduction.” That means we all just have to do our part, however small, to keep others safe. Isn’t that what we are about? Taking care of those who cannot take care of themselves? Protecting those who cannot protect themselves?
I challenge you to reflect on these thoughts this week. Reach deep into yourself and find your humanity. Understand that one doesn’t have to agree in order to respect a situation. You could be spreading this virus right now. So could I. This isn’t about some political power struggle or a loss of freedom. This is about caring for one another.
White House health advisor Dr. Anthony Fauci said he has “no doubt” that Americans who aren’t wearing face masks, especially in large crowds, are increasing the risk of spreading the coronavirus. Fauci now advocates masks “unequivocally” as a complementary measure to social distancing. Watch him explain what happened and why the recommendation has changed.