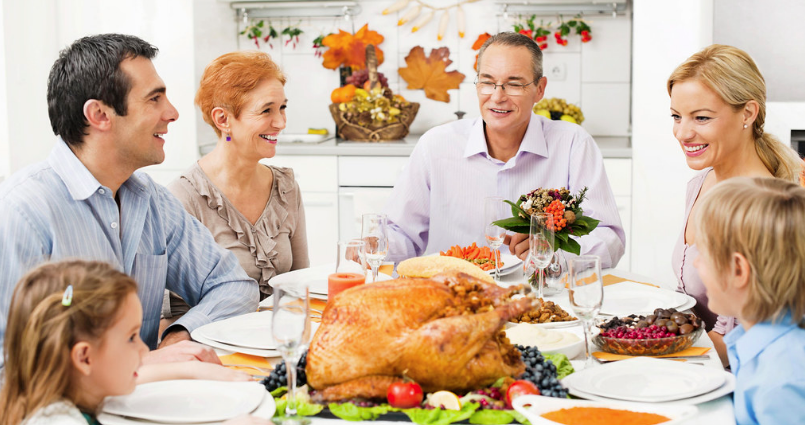 This week, we are going to talk about holiday dinners. You know the type. The dinner where you make sure to wear sweat pants so you don’t have to unbutton that first notch when you get too full? The dinner where, after you eat, you have to take a nap? Yep. We’ve all had one. Most of us have had several over the course of our lifetimes.
I first learned that overeating at one single meal could be deadly when I volunteered with our local Fire Department. I received the rank of First Responder and, as a result, went on my first ever ambulance run. It was a cardiac arrest. As the paramedics worked to revive this man, my job was to calm his distraught wife and collect any pertinent medical information that might help them as they worked to get his heart started again.
I asked her the standard medical questions such as “is he taking any medications?” and “does he have any allergies?” The next two questions would tell us everything we needed to know. “When was the last time he ate?” and “What did he have to eat?”

In the other room, I could hear them discussing the fact that they couldn’t establish an airway due to too much vomit. His wife’s disclosure regarding what his last meal had consisted of would solve this vomiting mystery.
“Well,” she began, “we went out to dinner. He had an appetizer, then he ate a salad. After that, he ate a large steak, baked potato, and some vegetables. Then we ordered pie. I didn’t like mine, so he ate both pieces. Then, when we got home, he went to the refrigerator and pulled out a big bowl of grapes and ate the whole thing. I told him to wait, but he said he was fine.”
I stood in shocked silence as I realized this man was going to die. There was no way to protect his airway, and the CPR had been going on for well over 15 minutes with no response. This was to be the end of his journey.
With holiday meals upon us, I thought maybe we should discuss what happens to our bodies when we overeat. It may seem harmless, and you may tell yourself that “it only happens a couple times a year” but you would be missing some serious points, the most important point is that it only takes one meal to send you to the ER.
Dr. Troy Madsen outlines the top three reasons people go to the ER after a large holiday meal.
Number one is heart failure. So what happens during the holidays, you know, you get together with family and friends and you just don’t want to think about your health issues. It’s just a time, it’s like let’s just forget I have these problems and, you know, you’re eating a lot of salty food and for people that maybe have a little heart failure, means they retain a lot of fluid. Lots of salt equals lots of fluid, those with heart failure just get fluid overloaded, can’t breathe and come to the ER.
Diabetic issues, again related to the food, there may be some issues there. You know I think people with diabetes, most people are really on the ball, taking care of things there, but again I think a lot of people kind of just want to forget about things for a day or so, now they’re again with family and friends.
Food stuck in the esophagus. People who are just trying to eat too much, they aren’t chewing their food up, especially with meat. You get that piece of meat in there, it gets stuck in the esophagus, you have to come to the ER and get it taken out.
The Healthy newsletter talks about what actually happens to our bodies when we overeat.
First, your stomach stretches. Your stomach should go back to its normal size after a large meal, but sometimes it does not. “When you keep eating once your stomach is full, it will keep expanding to make room for more food—and that’s when you get uncomfortably full. If it’s stretching larger than its normal size, it can put pressure on your other organs,” says registered dietitian nutritionist Jenna Braddock, RD, founder of Make Healthy Easy.
Second, your food starts backing up. Your stomach is literally so full that it’s contents start coming back up, leading to heartburn. 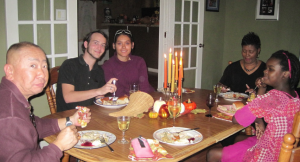 Third, your digestive system takes up a lot of energy. “You could spend up to 12 hours feeling the effects of your Thanksgiving dinner“, says Braddock. “While your body is focused on breaking down that massive feast, it sends more blood to the digestive tract, she says. Your brain and the rest of your body are getting less blood than they’re used to, so you start feeling that familiar post-binge sleepiness. To combat it, resist the urge to nap and go for a walk. You’ll use some of that food you ate instead of storing it,” says Braddock. “It’s helping the blood flow go through the rest of the body.”
Fourth, your heart is working overtime. “While the digestive system begs for more blood, your heart works hard to meet its demands. That strain could be part of the reason a study published in The Egyptian Heart Journal found that eating a heavy meal increases the risk of a heart attack after a fatty meal. Another small study published in the journal Laboratory Investigation found that a single high-fat meal could boost blood fats, stiffen arteries, and increase inflammation over the next four hours in healthy volunteers. For those at risk for heart disease or who already have heart disease, be careful about what you eat, or manage your portion sizes on that day,” says Braddock.
Fifth, your body won’t get the deep sleep it needs. Even though Thanksgiving dinner made you want to sleep for days, you still won’t get restful sleep at night. Your body is still working away to digest all that turkey and pie, so you’re using more energy than you normally would at night.
Sixth and last, your blood sugar may spike. “The more you eat, the higher your blood sugar goes because the carbohydrates get converted to blood sugar while you digest. That spike in blood sugar also means an inevitable crash, which is why you still end up digging out leftover pie after your food coma wears off. You could be spiking your blood sugar with carbs and crash again, so you eat again to fix that feeling,” says Braddock.
So there you have it. The experts have weighed in, I’ve given you my own horrifying personal experience (I never rode ambulance again, by the way). It’s now up to you. To eat or not to eat. That is the question. The answer? Everything in moderation. When you are full, stop. You can always go back later and eat some more, but don’t push your body past that point of no return. It’s just not worth it.
This video helps you if you are a host to figure out the best way to serve your food so that people aren’t so tempted to overeat. 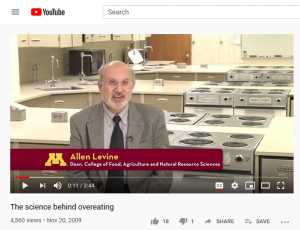 The Northwest Osteopathic Medical Foundation wishes you and yours a happy and safe holiday.