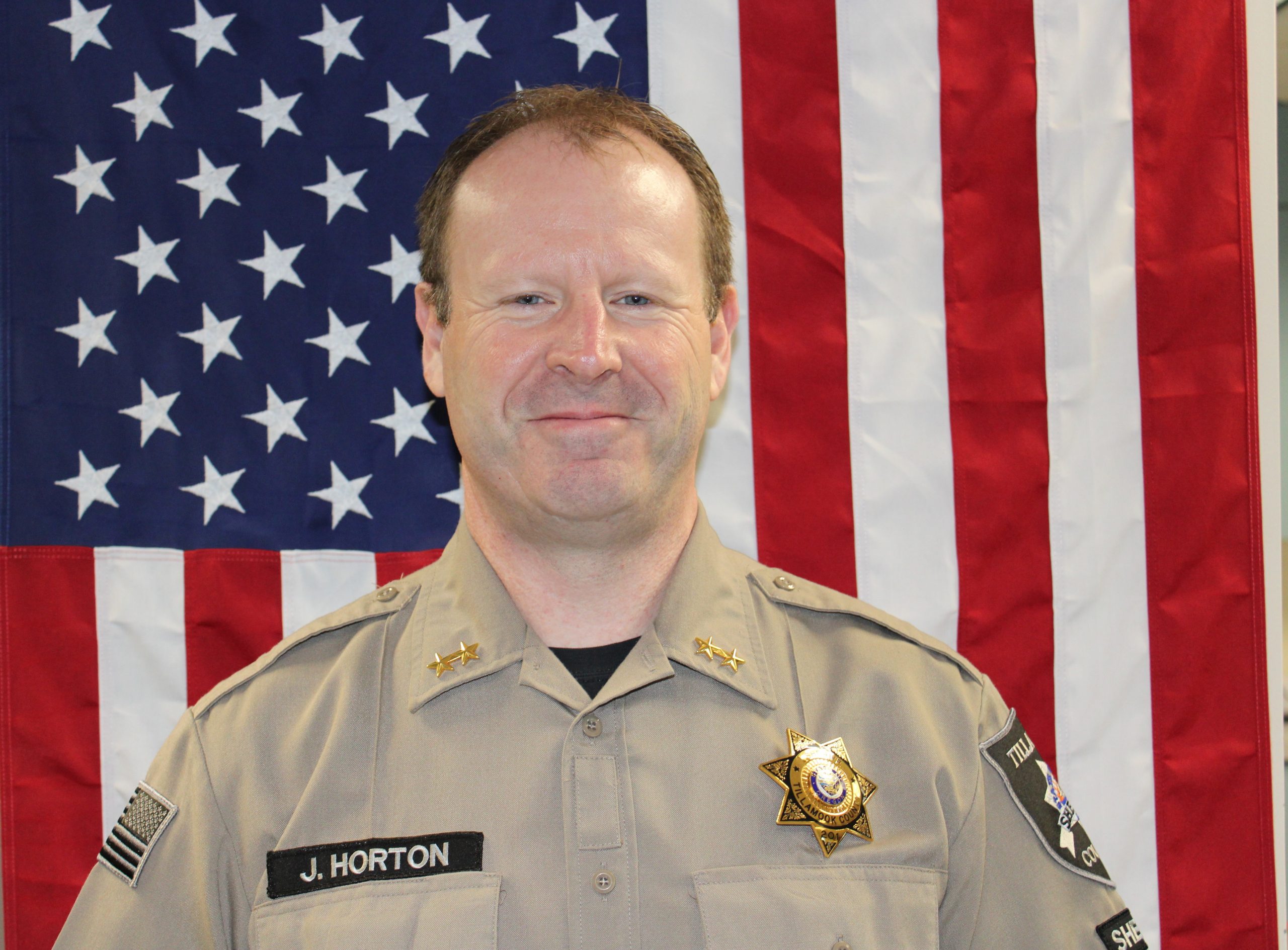 Sheriff Horton was born and raised in Tillamook County. He graduated from Tillamook High School in 1989 and currently resides in the City of Tillamook along with his two teen aged children, Michael and Charlee. He is a third-generation law enforcement officer following his father, Robert Horton, who retired from the Sheriff’s Office in 2003, and his grandfather, Jim Hodson, who was a member of the Sheriff’s Office Reserve Deputy program in the early 1970s. He is dedicated to serving and protecting our tight-knit communities and has always considered Tillamook County his home.
Sheriff Horton has been with the Tillamook County Sheriff’s Office for 23 years. He has hands-on, practical experience in every division. He began his career as a Reserve Deputy in 1997. Shortly thereafter in 1998, He was hired full-time as a Parole and Probation Deputy. After several years, he transferred to the Criminal Division and became a Patrol Deputy, Detective, and Detective Sergeant. He was then promoted to be the Criminal Division Commander and Community Corrections Director. In that role he supervised two-thirds of the Sheriff’s Office and managed over five million dollars of public funds that operates our agency.
Sheriff Horton is working toward addressing some of the following issues in our community to include:
• Maintaining the public’s trust and pursuing agency professionalism and excellence of service
• Maintaining and improving interagency relationships and collaboration to address our community issues
• Keep up with growth and pressures to infrastructure and services
• Implementing 24-hour patrol coverage
• Addressing the opioid / drug crisis
• Continuing to address child abuse, neglect, and domestic violence
• Addressing the mental health crisis
Sheriff Horton has 23 years of experience in responding to the needs of our community. From his experience he understands what it takes to be your Sheriff.