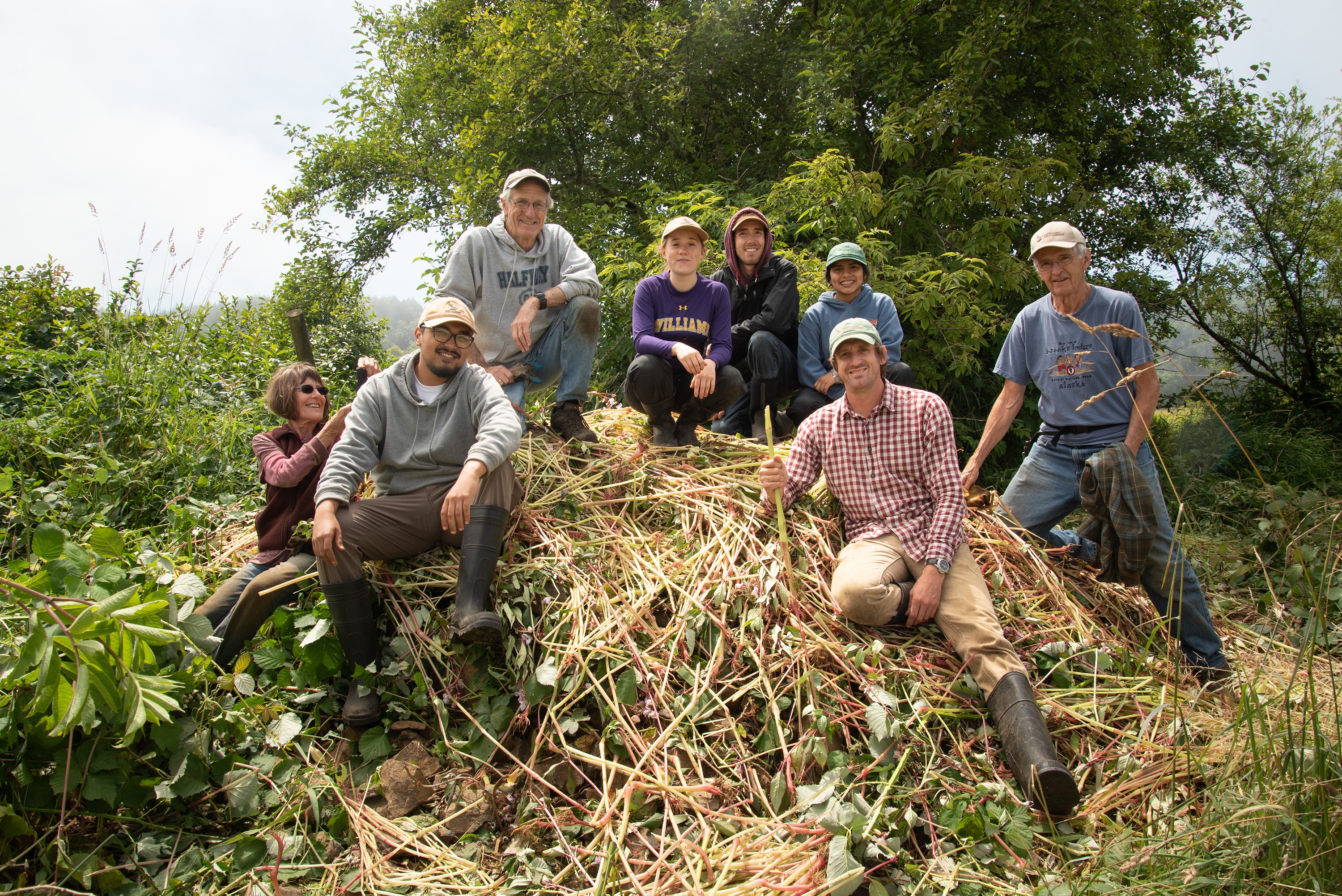 North Coast Land Conservancy is in the final phase of a three-year assault on the weed known as policeman’s helmet in the Necanicum River watershed. Volunteers are being sought for the grand finale: a day of weeding at Circle Creek Conservation Center in Seaside on Saturday, July 20, from 10 a.m. to 2 p.m.

Policeman’s helmet (Impatiens glandulifera), a highly invasive non-native plant, has taken hold throughout the Necanicum watershed, choking out native plants and reducing plant and animal diversity while increasing the risk of streambank erosion. NCLC and the Necanicum Watershed Council have been working together to remove this fast-growing, fast-spreading plant and replace it with native vegetation. Volunteers will be working with NCLC’s summer stewardship interns hired to eradicate these and other weeds found on the Necanicum and lower Columbia rivers. Policeman’s helmet is easy to pull; the next step is to pile uprooted plants and stomp on them to crush the stems and prevent the seed pods from developing or maturing. Get details on this and other summer 2019 stewardship events at NCLCtrust.org/hands-on-stewardship.

Public engagement is key to getting rid of this weed. Wherever you live in Clatsop or Tillamook counties, keep an eye out for policeman’s helmet on your property. As soon as you see it, pull, pile, and stomp the plants so they can’t reproduce. Visit NCLCtrust.org/pull-pile-stomp for more details and to report suspected sightings of the plant.

Policeman’s helmet is named for the shape of the blossom, which resembles an old-fashioned British policeman’s headwear. It is native to the Himalayas and was introduced in North America as an ornamental garden plant but has since spread widely.