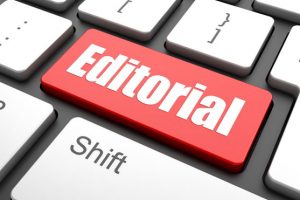 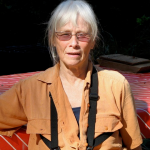 No one I know in Clatsop County (many of whom fought a potential LNG plant for environmental reasons) predicted that Tim Josi would come in last in the District 32 Democratic primary.
One person said, “Josi will win hands-down — he has name familiarity and more money than God.” But Josi came in last with 2241 votes, after John Orr (2276) and winner Tiffiny Mitchell with 3211 votes.

Josi did have a lot of money to spend on his attempt to return to the Oregon legislature where he served in the past…so much money that he sent mailers to registered members of the Independent Party, encouraging them to write in his name against severely underfunded Brian Halvorsen, who received about $600 in total contributions.
Mitchell, who entered the race at the last minute, garnered support from the Oregon League of Conservation Voters (OLCV) and from Service Employees International Union (SEIU) in terms of campaign financing and staffing. OLCV loaned a staff member to manage her campaign. According to Halvorsen, Mitchell’s staff estimated that Josi spent $15,000 just on the Independent primary, sending at least four different mailers to registered Independents. Halvorsen received 334 votes against 136 write-ins.
Besides generous funding for mailings, Mitchell also did prodigious door-knocking, estimating that she or her supporters contacted 3000 households in person.
Josi coming in last is probably a shock to voters from mid-Tillamook county, where he is very well known, having served as a county commissioner for 20 years. In Tillamook County, Josi led with 1075 votes, against Mitchell’s 773 and Orr’s 369—a contrast with the results for the district as a whole. One neighbor on the North Fork Nehalem noted that more people voted against Josi than for him, even in Tillamook County.
But many north county voters, worried about current forest practice impacts on water quality and availability, are relieved because Josi is known for his strong ties with industrial timber owners. Josi has advocated heavier cutting on state forests which hold the oldest and therefore the most valuable trees in monetary terms — valuable in terms of generating “timber taxes” for local schools and jurisdictions and more profitable for whatever outfit gets the bid to cut them.
Older, bigger trees contain commensurately more board feet than the 30-year-old “pecker poles” (as my gyppo logger step-father called them) that are harvested from plantation-type forests. Josi’s loss also may reflect concerns about herbicide spraying on cut-over tree plantations impacting water quality as well as growing awareness that bare soils contribute to climate change, including visible stream turbidity after every major rainstorm.
What is now Tillamook State Forest was owned by timber companies until the Tillamook Burn, but came to be owned by the counties through foreclosures for unpaid property taxes; eventually they were transferred to state management. There’s irony here: When timber companies didn’t want to pay their property taxes while waiting for Tillamook Burn lands to re-grow, the counties and state picked up the oversight tab; now timber companies hope to log trees that are sixty years old and resist set-asides for conservation or recreation. The state has protected those forests from clear-cutting to some degree, now they’re “ripe” and Josi has been the front man for cutting them down.
The clearcuts that are visible from our highways are mostly on privately held lands and generate a “harvest tax” that never reaches our schools, towns or the county. These two factors, timber taxes to support under-funded jurisdictions and more profit for investor-held lumber companies, were probably the impetus for Josi’s push for more state forest cutting and his support from large corporations.
(More about the difference between “timber tax” and “harvest tax” in a future article.)