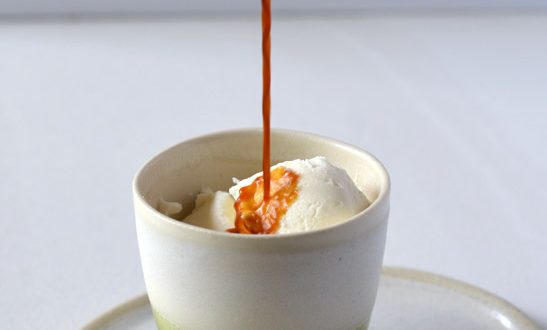 By Judith Yamada, Kitchen Maven
•You don’t need a rolling pin to make biscuits. To make layers, fold the dough over itself, into thirds like an envelope, turn and do again, about 5-10 times, pressing evenly, with the hands, to about ½ inch high. Then cut.
•When cutting biscuits never twist the biscuit cutter. Twisting may prevent them from rising evenly.
•If you do need a rolling pin for a new recipe, and don’t have one, remove the labels from a wine bottle, wash the bottle and use it as your rolling pin.
•If you see a cake or cookie recipe that is vanilla and you’d like it to be chocolate, delete an amount of flour and replace it with the same amount of unsweetened baking cocoa powder (1/4 cup – ½ cup). Add 1-teaspoon oil for each ¼ cup you replace. Bake as usual.
•To get a richer flavor, in chocolate cakes, replace all or some of the liquid with strong coffee of the same temperature.

•To get thin even slices from a round layer cake, cut off two opposite round sides, and slice the remaining down the center into small slices. Save the sides for later.
•When rolling pie dough, roll it between two pieces of wax paper. This allows you to flip the whole dough and roll out on the opposite side for a thinner crust.
•When preparing pie dough, chill it well before rolling. Chilled butter and soft butter will work differently in the finished crust, providing the chilled crust with a better flake.
•When raising yeast dough, heat the gas oven to 350 degrees F. for one minute and the electric oven for two minutes. Immediately turn off the oven heat and put in the bowl of covered dough. The slight warmth in the oven will help bring about a good rise.
•When a recipe calls for a certain size baking dish or cake pan, and you don’t have that size, add the diameter inches to determine what other size pan might work; eg. Recipe calls for a 7” x 11” baking dish which you don’t have, but your 9” x 9” pan will work because it has the same dimensions.

•Hard-boiled eggs can be difficult to peel when made with very fresh eggs, and that can ruin the looks of your devilled eggs. So, use older eggs for recipes in which the aesthetics of the peeled egg are important. They will peel like a breeze.
•When using eggs in a baking recipe, let them come to room temperature before incorporating into the recipe. They will incorporate into the batter much better.
•When preparing eggs to cook and eat fried or poached, use cold eggs. They won’t spread nearly as much as room temperature eggs, and will hold their shape.
•Put a teaspoon of unseasoned vinegar into the poaching water when poaching eggs. Helps keep the whites together.

•If a recipe calls for buttermilk, and you don’t have any, replace with sweet milk and 1-tablespoon vinegar or lemon juice. Allow mixture to sit at least 5 minutes before using. 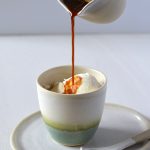 EASY, QUICK RECIPE – AFFOGATO
•For a delicious, fast and light dessert, put a scoop of ice cream or gelato into a coffee cup and pour two shots of hot espresso or strong black coffee (or decaf) around the ice cream. You’ll get to try an Affogato. Enjoy!