The Board of Directors for both Causa Oregon and Consejo Hispano are happy to announce that Jenny Pool Radway has been selected as the new Executive Director for Causa Oregon. “I appreciate the board and staff’s confidence in me, and I’m honored to have the opportunity to lead Causa and to continue serving mi comunidad in this new capacity,” Pool Radway said. “I will be able to continue in the work that is so important to me: building
power within the Latinx immigrant community.”
Causa and Innovation Law Lab also want to announce the transition of Isa Peña who has served as Causa’s Interim Executive Director for the past 10 months to Innovation Law Lab as the new Director of Strategy. 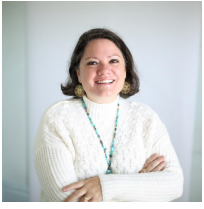 During her tenure with Consejo Hispano, Jenny has led with strategy, expanding their programming, partnerships, and innovation. Moreover, Jenny worked to stabilize Consejo Hispano’s financial position and double the operating budget by creating new opportunities for fundraising and building staff capacity through a new organizational structure. The growth and success of Consejo Hispano, especially during these unprecedented times, has been a true testament to Jenny’s skillset as a leader. Consejo Hispano is grateful to Jenny for her leadership, wishes her continued success, and looks forward to working with her and with Causa as strong partners.
Consejo Hispano has appointed Assistant Director Aitor Porro as Interim Executive Director. Aitor has been a part
of Consejo Hispano for over a year and is very familiar with Consejo Hispano’s mission, goals and strategic plan.
Additionally, he serves on the Parks and Recreation Board for the City of Astoria. We are very grateful to Aitor for
his leadership and commitment to ensure a successful transition. 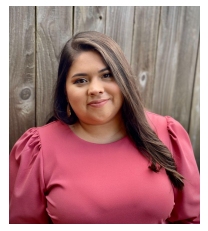 Causa wants to thank Isa for her leadership, dedication and hard work. Causa has had the pleasure of working with Isa for almost a decade in a variety of capacities, from Intern to Development Director to Interim Executive Director and we have seen first-hand the commitment she has to our mission and immigrant rights work. Her love and commitment to immigrant rights advocacy is undeniable and we are excited and look forward to a continued partnership with her and Innovation Law Lab.
“I am thankful to have been a part of Causa’s team for so many amazing victories for our immigrant community; from Measure 105, Driver’s Licenses,
Oregon Worker Relief and Sanctuary Promise to Earned Income Tax. I am so grateful for the opportunities to grow in my leadership.” said Isa Peña. “It has been a whirlwind but I am excited to continue working with Causa in a new capacity at Innovation Law Lab.”
Jenny and Isa both have expressed their commitment to the immigrant community and we are excited to see how
their leadership will take our organizations to the next level