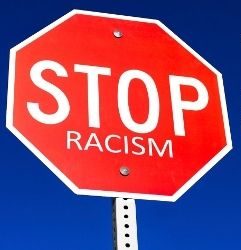 The County Commissioners say it best after George Floyd’s death :
Commissioner Mary Faith Bell: ” … I want all of our children, collectively, of every race, to feel loved and embraced and supported by the community.”
Commissioner David Yamamoto: “… I am committed to the life, health, and safety of all people of color in our community… ”
And Commissioner Bill Baertlein proclaims, ” …we are all aware that racism exists, sometimes hidden and sometimes right out in the open.”

However, to the rescue, Ms. Kennedy Mitchum, a 22 yr. old black graduate in 2020, emailed Merriam-Webster and said that racism is: “prejudice …with social and institutional power… system of advantage based on skin color.”

Alex Chambers,editor there, said that racism has not been revised in decades and needs “wording improvement.” What skin color word will pan out?

Jennifer Eberhardt,PhD, in her book ” Biased – Uncovering the Hidden Prejudice …” explains that, “Implicit bias is a … product of our brains and the disparities in our society.” She stresses that our brains are developed by whom we identify: our group, family, culture, and experiences. Our brains record and habitually deepen these perceptions. It has been shown that we respond quicker and recall more deeply within our group/race. Skin is in. Other races are the others, danger, and decidedly different. Our primitive lizard brains react and filter and feed our perceptions. They are unconscious and may lead to automatic assumptions which result in linked responses.

These race-selective responses grow stronger and become reinforced. We become vulnerable to their limits.

Can Tillamook County invest in this type of training? Examining unconscious preferences starts with attentiveness, self awareness, and purposive change. Over time.

It’s a win-win: we can appreciate different skin colors and, conversely, they would feel more appreciated and connected to the community.

Can Tillamook’s County Commissioners open a dialogue with the underrepresented groups in Tillamook County to address and study implicit bias?
Can the people of Tillamook contribute and respond?
After all, Tillamook has good people.