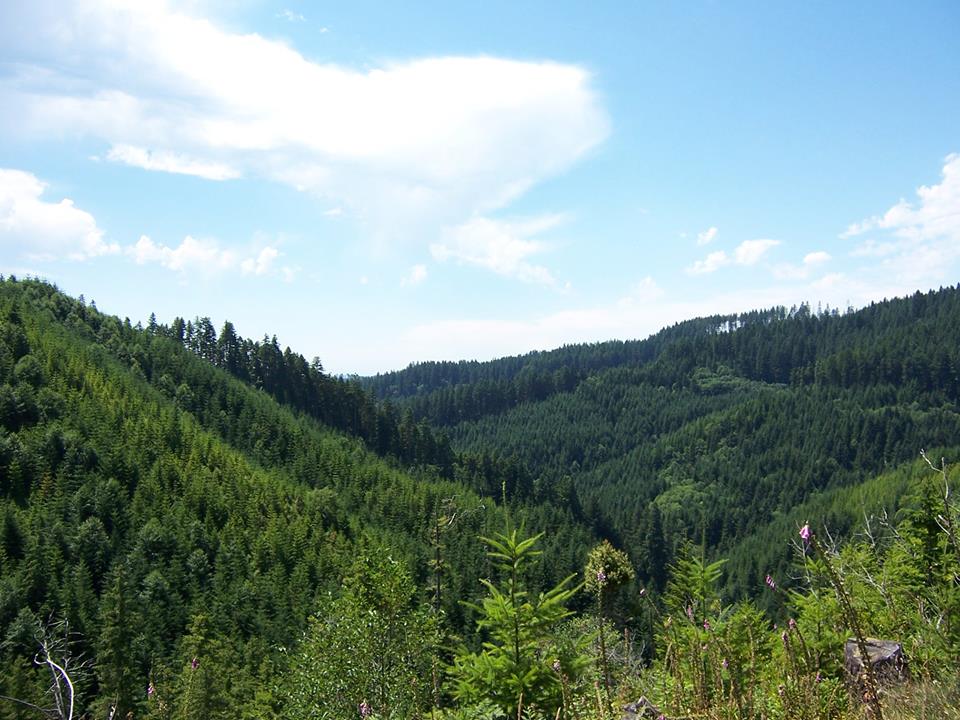 Last week our Secretary of State Bev Clarno rejected ballot measures that were filed in hopes of finding their way to the ballot so that voters could decide if they wanted to see changes in the way harvesting operations take place in our forests. She said she denied them a place on the ballot because they covered too many subjects even though every issue covered in those measures would be applied to the harvest of a single plot of forest land: steep slope logging that can trigger landslides; streamside buffers too narrow to prevent streams from heating up, drying up or loading up with sediment; and aerial pesticide spraying (which should require no explanation if you’re paying attention at all lately). There was also a request to eliminate conflicts of interest on the Board of Forestry. None of these measures are too complicated for voters to understand, especially for those in rural areas next to industrial timber lands and none of them are unreasonable requests for changes to outdated practices on the part of a enormously wealthy industry.

In a news release Secretary of State Clarno’s slip of the tongue simply said it all when she apparently confused the Oregon Board of Forestry – which guides the state’s forestry practices – with the Oregon Forest Industries Council – a lobbying group that acts on behalf of industry, not the citizens. When it comes to regulatory policies does she look first to the industry whose actions will be measured by that regulation, rather than to the agencies that are tasked with keeping a watchful eye on that very industry? This pushback from industry and the legislators who take their money is all about seeking freedom from regulation, wherever possible, while endangering the health and future of our children and grandchildren and every living thing in our forests. If the issues covered in these ballot initiatives were put before the voters, we’re confident they would pass. Industry, on the other hand, would have plenty to worry about, since their investors on Wall Street shouldn’t be able to vote in an Oregon state election. How convenient for them that they have in place a legislative firewall to ensure that the voters can’t interfere with their anti-regulatory agenda but that’s what we’re left with when too much money pollutes the only recourse we have to protect ourselves – the ballot.