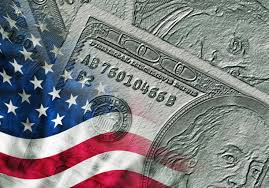 As our community continues to suffer under the restrictions imposed to slow the spread of COVID-19, and we hear of students deprived the opportunity to learn because their families cannot afford adequate Internet service, it is ironic to see how much money is flowing freely in politics. Don’t take my word for it – check it out for yourself. On your browser, type in sos.oregon.gov to get to the Secretary of State’s website. Click on “Voting & Elections,” and then on “Campaign Finance.” At that point, click “Candidate” and write in the name of any candidate to find their campaign committee, including all contributions and expenditures. With just a few clicks on your computer, you can see who is giving thousands of dollars to local candidates, and where those candidates are spending that money.
It doesn’t matter if you look at state house, senate, or even local sheriff candidates. The information is there, and you can easily identify who has contributed thousands of dollars to certain candidates.

We don’t live in a bubble, as can been seen by the amounts of money flowing in from not only unions and regional timber companies, realtors, doctors and dentists; but also sitting politicians, semi-local companies like Kroger and Albertson’s, as well as corporations with no visible presence in our county, like 7-Eleven, Koch Industries, Pharma, Chevron, or a California construction company.
I, myself, tend to prefer those candidates who invest their money locally, supporting local businesses, especially during this time of need, rather than those who order signs from other states. Others may appreciate the candidate’s ability to save a few dollars by ordering from a company in Texas, or the simplicity of outsourcing all their messaging to a political consultant.
Once you’ve fumed over all the money being collected, and weighed how important it is to spend locally, I hope you’ll join me in voting YES on Measure 107, which would allow limits to campaign contributions and expenditures, and better track the money.
David McCall
Bay City