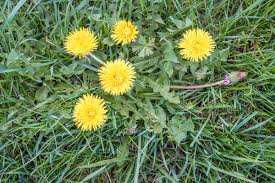 By Kay Stoltz
Today’s the day. Just do it! Weed the garden and the parking spot. After working for some time, I still face the undone parking spot. I am at the end of my tether and all I really want is a hot shower. Still, rain tomorrow, got to get this done. I have to weed the parking spot before I go in.
A young neighbor rides up on a bike and does a few turns in front of me. I am struck by the wavy, lustrous hair. Beautiful. Boy? Girl? Who knows? Who cares? That fact emphasizes the lack of concern new generations have for such things as labels. Right now, this member is a welcome diversion.
“Hi. I got a new bike. For my birthday.”
“That’s a great looking bike. So, how old are you now?”
“I’m eight.”

The conversation continues with almost non-stop commentary from the bike rider. I catch a few familiar words, like “screen time,” which I take to mean how much time is allotted on the computer. I really have no clue what the youngster is sharing. Doesn’t matter, however. An audience (me) is enough to satisfy without any comments.
Perfect situation, as I relish any excuse not to weed.
A sibling rides up to join us. Older, with more of the lustrous, wavy hair and finer features. At last my curiosity is satisfied when they address each other by name: Gilbert is the younger and Henry the older one, whom I judge to be about 12.
Allowances come up and they explain some of the criteria. Apparently Gilbert got some money for his birthday, so it’s on his mind. Henry wants to know what I am doing, and as I explain, thoughts of my grandfather come to mind. He was on his own at 12.
I know, I know, several decades separate my grandfather and Henry. Still, Henry’s old enough to get paid for work, in my opinion, so I put it to him.
“You want to earn some money? I’ll pay you $5.00 to get rid of the weeds in this parking spot.”
(Where I get such authority is a mystery. I had no idea if $5.00 was too much, too little or even if I had the right to ask.)
“So, what do you want us to do?”
Gilbert was to be included? Fine. Actually, a great gesture. I explained, showed the tools. My pink throw-away gloves were still on my hands, and Gilbert wondered about that.
“Don’t we need those?”
Pink? On boys? Apparently it’s not the problem I would have thought.
“Sure,” I said. “I’ll find some new ones.”
This is Covid-19, and the boys need out-of-the-box new.
“All right, Henry, go home and ask your parents if it is all right, and if $5.00 is OK”
In a few minutes, Henry is back.
“It’s OK, Mom just told me we better do a good job.”
I showed Henry how to use the hoe to dig out the weeds, and they are all weeds, I told him. Soon, he was in the swing of things, and Gilbert’s job was to put the weeds in the bucket.
“What makes these weeds?” Gilbert puzzles.
“They’re not pretty like flowers.”
“Well, look at that one,” pointing to a yellow dandelion bloom.
He has me there, so I tell him that in my eyes, they don’t belong. His sympathy is for the poor, under-appreciated weeds. And argues some more about not getting rid of them. In fact, he wants (demands) a reason for each and every plant I tell Henry to dig. He isn’t having any part of pulling them up, or putting them in the bucket. And I feel almost guilty for uprooting the poor plants. He loves his bright pink gloves, however.
Henry diligently uses the hoe to unearth every plant in the parking spot as I am defending myself to his younger brother. At the end, I pay him and thank him for a job well done.
On to their bikes, they excitedly go home to show Mom.
And I get a great reprieve from an onerous job.