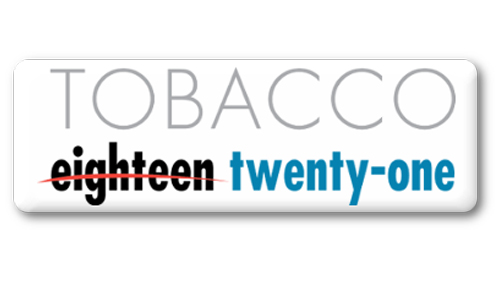 In fact, compliance was excellent before the law went into effect, as the inspection date was 11/17/2017 based on information the Oregon Health Authority provided. According to the report, Tillamook vendors were thus ahead of the curve in meeting the standard.

Across much of Oregon underage sales of tobacco to minors remains widespread. However, in Tillamook County 11 vendors surveyed refused attempted purchases made by inspectors less than age 21 of cigarettes, cigarillos, and electronic vaping devices.

While the survey does not mean that there are not challenges to implementation of the Tobacco 21 state statute in Tillamook County, the survey shows awareness and compliance steps are being taken locally to carefully enforce the state statute.

Across the state however, an Oregon Health Authority (OHA) report released this week found that the rate of retail tobacco sales to underage people increased slightly over the past year, as a new law took effect that increased the minimum age to buy tobacco.

The Public Health Division, in collaboration with the Oregon State Police, checks on tobacco retailers across Oregon to make sure retailers are following the law. Data from the first six months of 2018 show that since enforcement of the new sales age began, the retailer violation rate was 18 percent statewide. That’s slightly higher than the 16 percent retailer violation rate for the previous year, when the legal age being enforced was 18.

“Selling tobacco to people under 21 years old is illegal, but these data show that nearly one out of every five tobacco retailers in Oregon still sells to people under the legal age,” said Tom Jeanne, MD, deputy state health officer at the OHA Public Health Division. “Tobacco remains the number one preventable cause of death and disability and kills nearly 8,000 people in Oregon each year.”
It also costs the state $2.5 billion per year in medical costs and lost productivity. A key part of ending tobacco addiction in Oregon is making sure youth don’t start. Oregon was the fifth state to raise the legal age to purchase tobacco products to 21.

Retailer owners that sell tobacco to underage persons face up to a $500 fine for the first or second violation and up to $1,000 for three or more violations. For the first time, the OHA Public Health Division has taken the added step of publicizing the list of tobacco retailers that violated the tobacco sales law.
The list of Oregon retailers that sold tobacco to underage persons in the last year is available on the OHA Public Health Division website at https://www.oregon.gov/oha/PH/PREVENTIONWELLNESS/TOBACCOPREVENTION/Documents/InspectionCoReport.PDF