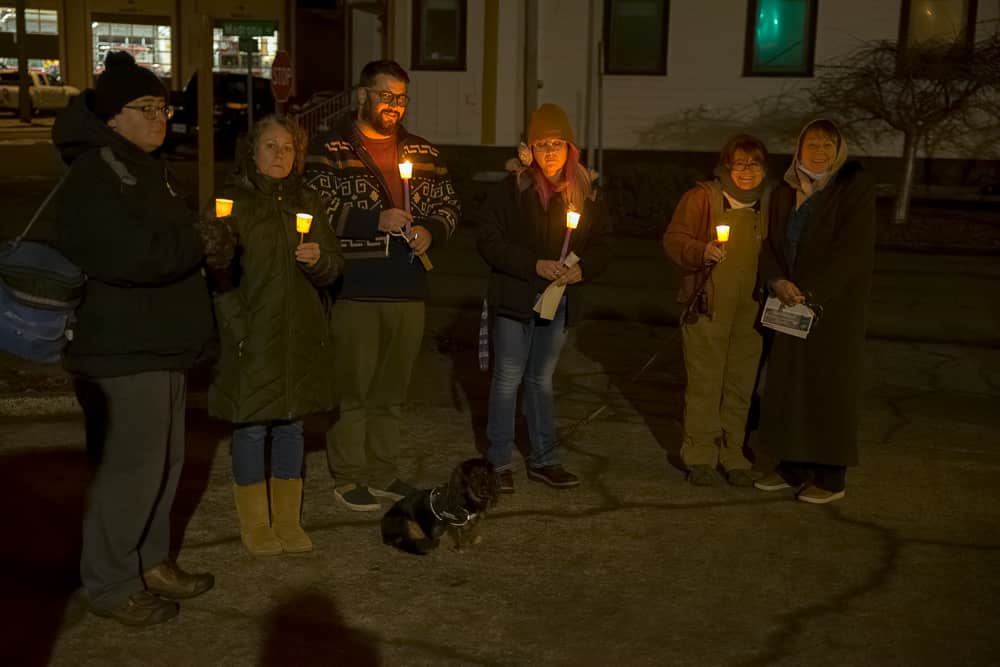 EDITOR’S NOTE: Tillamook County photographer/videographer Don Backman recorded the Longest Night vigil that was held outside the community Warming Center, which was opened on Wednesday December 21st for the first time this year with dangerously cold temperatures this week. CARE’s Longest Night candlelight vigil included a reading of names of those that died houseless, and prompted some thoughts from CARE’s Executive Direcotr. Below Peter Starkey shares about the need for a no barrier shelter in the community. As we all gather with friends and family in our warm, cozy homes, there are hundreds going without any shelter and during a most dangerous time of year.Let’s work as a community so that no one in Tillamook County is without basic needs of shelter, food and care. 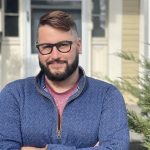 As I sit down to write this on the longest night of the year, with a winter storm impending, I cannot help but think of all the people who are going to bed tonight without shelter because of some arbitrary requirement that denied them a safe place to spend the night. These barriers might be as seemingly obvious and acceptable as banning drugs and alcohol, to what might seem less acceptable or even objectionable, like banning pets, not allowing couples to remain together, or even prohibitions on parking a car on site. But whatever the barrier, they all have the same effect, someone needing shelter spends another night in their car, on the street, or in the forest. And with every night that passes, it becomes increasingly difficult to break the cycle of houselessness.

Why do so many shelters have barriers to entry? This has been the conventional wisdom for so many homelessness programs through the years, but does it make sense? Well, if you take Maslow’s hierarchy of needs seriously, it does not.

Maslow’s hierarchy of needs argues that basic needs like shelter must be met before more complex needs can be addressed. There are five levels of needs in Maslow’s hierarchy, starting with physiological needs before progressing to, safety, belonging, esteem, and then finally, self-actualization. The basic needs of one level must be attained before the needs of the subsequent, and so on. In essence, this theory of motivational psychology argues that before someone who is unsheltered can address something like drug or alcohol dependency, they must first have their more basic needs met, like shelter, food and water, sleep, personal safety, secured belongings, and healthcare.

This is the concept a no-barrier shelter is based on, and a no-barrier shelter is exactly what Tillamook County needs. No-barrier means that an individual is not required to have any prerequisites, or barriers, to entry. It means that anyone seeking shelter receives a meal, a bed, and a support network first. Then they can move into supportive services and paperwork after they are settled and feeling secure.

For more information about CARE’s services, go to www.careinc.org.