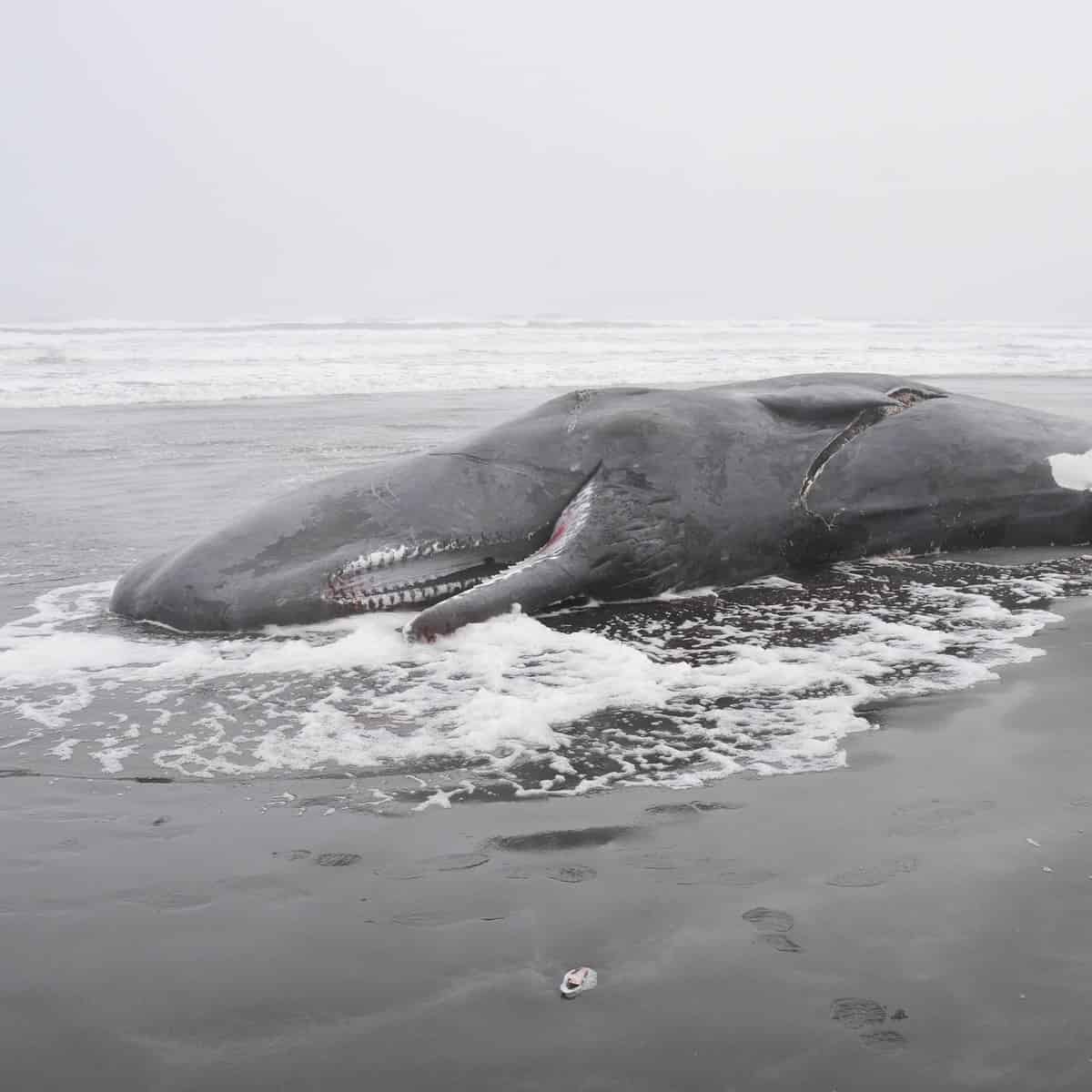 Yesterday afternoon, Saturday January 14, 2023, a 40-foot sperm whale washed ashore just south of the Peter Iredale in Fort Stevens State Park. The whale had been dead for a while before washing ashore. There were a few large gashes on the whale believed to be from a large ship strike, however, it is unclear if this strike occurred before or after death. A necropsy will be scheduled later in the week to take a closer look at this. Today, Sunday January 15th, Seaside Aquarium staff with help from the wonderful staff at state parks, were able to remove the lower jaw. The jaw was removed so that the teeth remained intact for scientific purposes.
Male sperm whales can reach nearly 60 feet and weigh well over 40 tons. They have been known to live up to 60 years, with males maturing around the age of 50 at a length of approximately 52 feet. They feed on deep water species, such as squid, sharks, skates, and fish.
While their population is recovering, sperm whales are still considered endangered.
Please remember to look- but do not touch. Any whale, dolphin, porpoise, or pinniped can spread potential diseases to humans and pets. 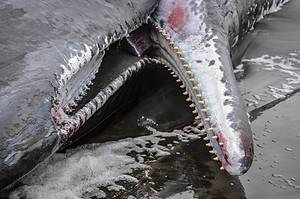 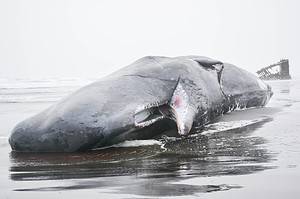 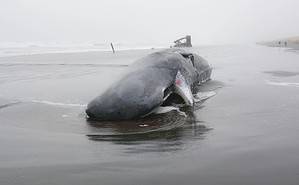