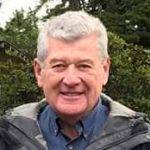 By Mike Scott
As mayor of Manzanita, I have been receiving several questions about the ballot measure for this coming November election.
A few have suggested that the proposed Manzanita public hub building is too large.
In reality the new building space would be about 11,776 square feet and include not only current city government space, but also Manzanita police headquarters and space for emergency management.

Currently the city government headquarters and the law enforcement headquarters for the city occupy 8,000 square feet in two separate buildings. And both are inadequate for current needs. The proposed city hub is expected to serve Manzanita for at least 50 years.
The current city hall is housed in an old gas station and there is little privacy for city court matters or sensitive discussions about short term rentals and a variety of other matters. There are no small meeting rooms.
There are no public bathrooms in the old city hall as required by law. And the costs for constructing them in a building that is not deemed earthquake safe are exorbitant.
At police headquarters, housed in the old Manzanita fire hall, the shared space with emergency management precludes law enforcement from impounding vehicles. The vehicles aren’t secure for court purposes as others have access to the building. This evidence problem would be solved with the proposed city hub.
In addition the new city building would provide a nexus for emergency services as needed for possible disasters such as earthquakes or tsunamis as the proposed hub is out of the tsunami zone. Both the current city hall and
police headquarters are in the tsunami zone.
Let’s build this together. Vote Yes on Tuesday November 5th.