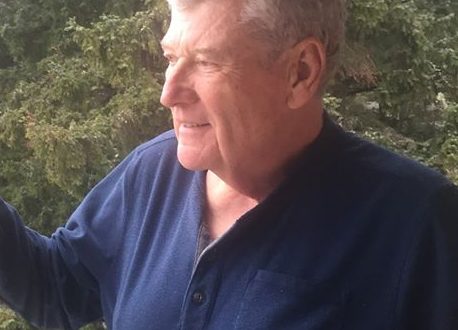 By Mike Scott, Mayor of Manzanita
When Randy Kugler questioned the use of water funds in the Manzanita City budget last year, and threatened to sue the City over the issue, we devoted a year to reviewing the issues. That process validated that what the City had done for the last 20 years under City Manager Jerry Taylor was appropriate.
We asked our outside auditors, Accuity, LLC to thoroughly review the situation. They found no issues or concerns. Randy then took it upon himself to challenge their competency, reported them to the Oregon Secretary of State’s office, and forced Accuity to hire attorneys to defend themselves.

Additionally, the City hired FCS Group, a well-respected financial and economic consulting firm with 30 years of experience with local governments, to undertake an analysis of our indirect costs related to the water fund. That full report is posted on the City’s website and was unanimously adopted by the 10-person City budget committee.
We gave Randy full access to the work of FCS during the development of the final report. When the results turned out to not be what Randy wanted, he immediately tried to discredit Martin Chaw from FCS who did the work for us and continues to consult with the City. Martin has more than 30 years of experience as an analyst and fiscal manager and has done work for cities and counties across the Pacific northwest.
Randy subsequently asked to be appointed to the Manzanita budget committee this year. We had six qualified applicants for two positions. Most of the applicants submitted type written complete applications with resumes attached. Most of them also called me to introduce themselves and asked to be considered for the appointment. Randy sent in a one sentence handwritten application and he did not call me.
When he was not appointed to the budget committee, he demanded that I tell him why at a public meeting. He refused to meet with me privately. As a rule, I praise people in public and critique in private but I complied with his request. In that same public meeting, he also made disparaging comments about the two candidates who were appointed.
I told Randy at the time, and I repeat here, that he was not appointed for the following reasons:
-His application was poorly written and incomplete
-He has threatened to sue the City of Manzanita and Tillamook County
-In front of former Mayor Garry Bullard, Randy said that when he was city manager he was never paid from the water fund; that turned out later not to be the case
-Our attorneys would not look favorably on such an appointment
-The other budget committee members would not serve with him

In response, Randy raised his voice, would not stop talking, and I was forced to gavel him down. This was the first time in my career I have had to gavel someone into silence. This March 4th City Council meeting was recorded and is on the City website and you can listen to this exchange.
Leadership requires that you be respected by the people you serve. To be effective you must listen, compromise, and seek and find consensus in a civil and constructive manner. If you make a mistake and miss the mark you must find the courage to try again.
These are the qualities that I and members of the City Council strive to achieve.
I want to thank the Budget Committee for their excellent work this year.