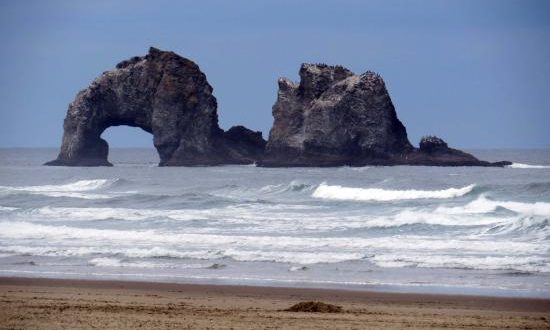 By Cara Mico, Assistant Editor
Susan Jane Wilson is running for Mayor of Rockaway, Oregon. She served on the City Planning Commission, and the City Council, before running unopposed for mayor. Her background as a paralegal helped to prepare her for public service.

“I like working for the people of the city, my first love is my city, if people don’t have my phone number, they know someone who does,” said Ms. Wilson about being available to help answer resident questions.

During her time as Mayor she learned a great deal about the city that she cares so much about. Ms. Wilson spends a great deal of time educating the public about what the city can and can’t do. But she’s also helping behind the scenes on a near-daily basis. She helps at the food bank and serves as the President of the Lions Club. The Weeny Mobile fundraiser that she helps with provides $1,000 scholarships to Rockaway graduates.

On her agenda should she be re-elected? A buildable land inventory to understand potential housing opportunities. Ms. Wilson is interested in ADUs as a potential solution to the need for more housing. In the time since the Rockaway ADU ordinance was adopted, no applications have been submitted to the city.

“Rockaway is bordered by the Pacific Ocean on the west, and forest land on the east, there isn’t a lot of buildable land, and there are a lot of wetlands,” she said about some of the problems facing Rockaway.

Ms. Wilson helped to start a process to purchase a 10 acres parcel out of the inundation zone. The city has funds for the purchase of a site to house the public works department, municipal government, and a fire department. She expects that the building would require grant funding, a task Ms. Wilson is confident the current city manager will excel at.

“In two years, we’ve consolidated loans to save $500,000 over the lifetime of the loan,” Ms. Wilson added regarding other ways the city will pay for the new building, “We’ll have emergency preparedness outside of the inundation zone.”

Another big issue facing the city is the commercial vacancy rate, “I would love to see a daycare center. I’m always looking for ways to bring businesses in.”