By Chazz Miska, NKN Speech & Debate Coach
Neah-Kah-Nie super Sophomore Ashley Hamann competed in her first Speech and Debate Tournament on January 9th of this year. This week, she will take her place among 2,546 students representing 809 schools from 48 states as one of the best high school speakers in the country at the 2021 National Speech & Debate Tournament! Qualifying to participate in this tournament is difficult, requiring consistently excellent performances to be considered. Ashley and her Humorous Interpretation piece, “Forensics Nightmare,” have been wowing judges for the past five months, and she is fully deserving of inclusion in this select competition as one of “the best of the best.”

As her coaches, Hannah Reynolds and I could not be more proud of Ashley, and hope you will join us in congratulating her on her terrific season, her selection to Nationals and to wish her luck with her performances at the tournament beginning Tuesday! Way to go, Ashley! #PirateProud #NKNSpeechandDebateRocks (BTW, I took the photo on the right rehearsing with Ashley last week; it shows Ashley’s character having a hissy fit in the middle of her speech!) #FunnyGirl 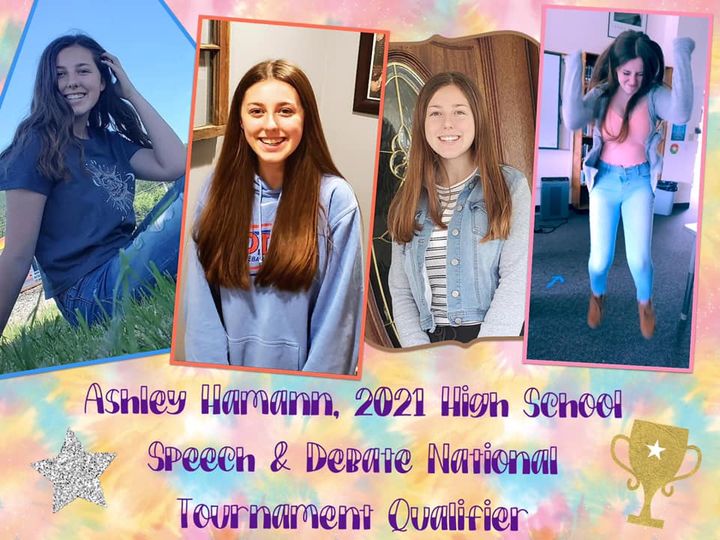