By Matt Maizel
In their first 2A Northwest League matchup, Nestucca Bobcats football (1-0 in League, 2-1 overall) traveled to Vernonia Friday night to kick things off against the Loggers (0-1 in League, 2-1 overall). The Bobcats won handily, 24-8, overcoming a defensive battle in a sloppy game where turnovers were an issue for both teams.
The Bobcats fumbled after putting together a nice drive late in the first quarter, with the Loggers recovering on their own 10-yard line. Nestucca’s defense continued to hold strong after a few back-and-forth possessions, and a bad punt by Vernonia that didn’t make it to midfield gave Nestucca a short field to start their next drive.

After a scoreless first quarter, Nestucca coughed the ball up and lost the loose ball again on Vernonia’s 45-yard line. The Loggers only got to the Bobcats’ 37-yard line before they, too, fumbled, as Nestucca would get the ball back to give their offense another opportunity to make the first strike. Cody Haggerty began to get things going, with a chunk play on a pitch to the outside that eventually set-up an easy punch-in touchdown for senior running back Bernardo Zamudio. After a successful two-point run, the score was 8-0. Nestucca tried an onside kick on special teams to get the ball back the next play, but Vernonia was ready for it. The Bobcat’s then gave up two big penalties before allowing senior quarterback Cameron Terry to scramble out of a sack and up the sidelines for a touchdown to knot the contest 8-8 after the successful two-point conversion.
After halftime, Vernonia’s next offensive drive stalled after a long first drive, turning the ball over on downs for Nestucca to take over on their own 23-yard line. The defense for both teams were creating opportunities for their offense, but neither could break away and the score was still
knotted 8-8 after the third.
However, things started to get cooking for the Bobcats in the fourth. The ground game was finally coming together for the Bobcats and Bernardo Zamudio scored another touchdown while Cody Haggerty had the two-point run to make the contest 16-8. Nestucca didn’t look back, recovering another fumble for their offense. From there, they kept feeding Zamudio as he rang in his third touchdown of the game after a few big runs set it up. Senior running back Bronson Gaine threw a pass to Haggerty to stretch Nestucca’s lead to 24-8.
The Bobcats will have their first home game Friday (9/23), as they will square up against the Knappa Loggers (0-0 in League, 0-2 overall) at 7:00P.
From Nestucca School District: “The first football game on the new turf field will be held this Friday at 7 pm at Nestucca Valley High School. We are anticipating a large turnout. We are asking, if possible, people carpool. Parking is limited at the high school campus due to the CTE construction. If you are attending the game and are mobility challenged the easiest access to the field will be for you to drive up to the West end of the field to the spot where the ambulance parks. We look forward to seeing everyone on Friday night to see the new field and cheer on our students. Go Bobcats!” 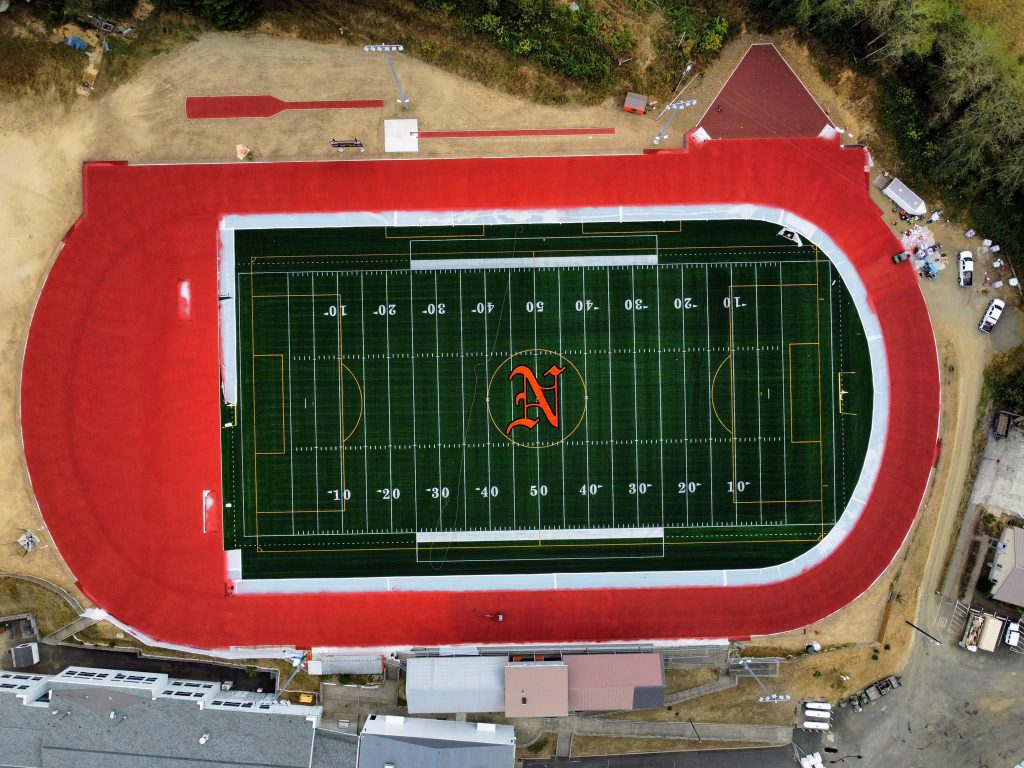 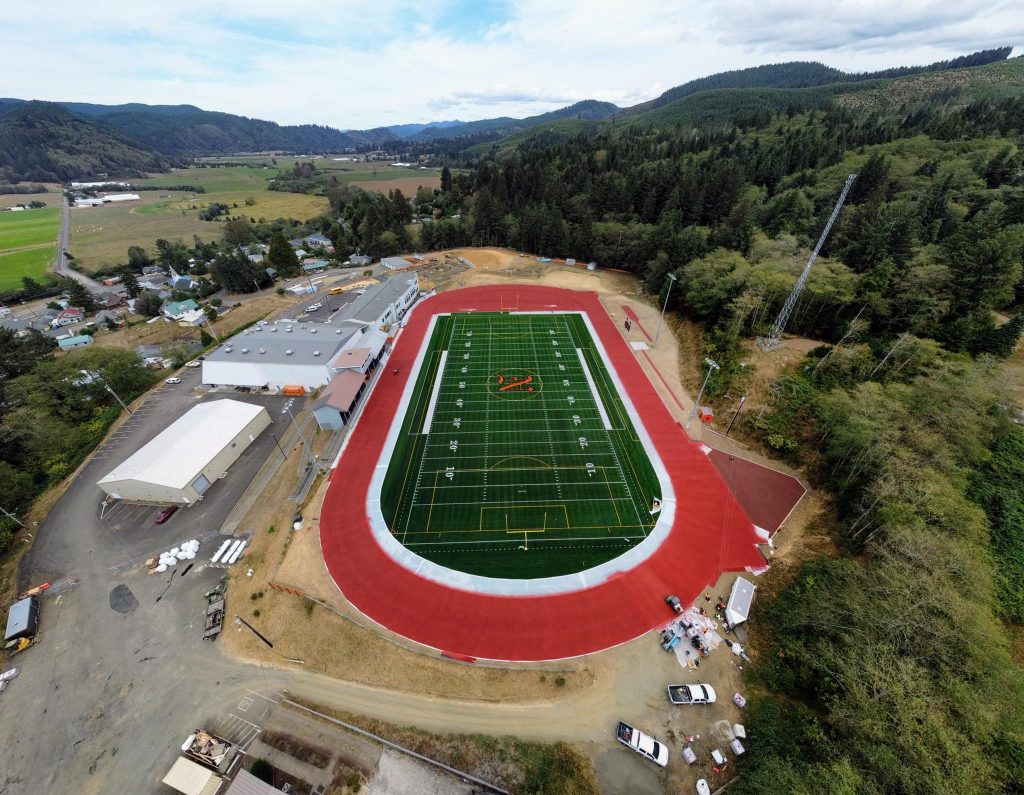 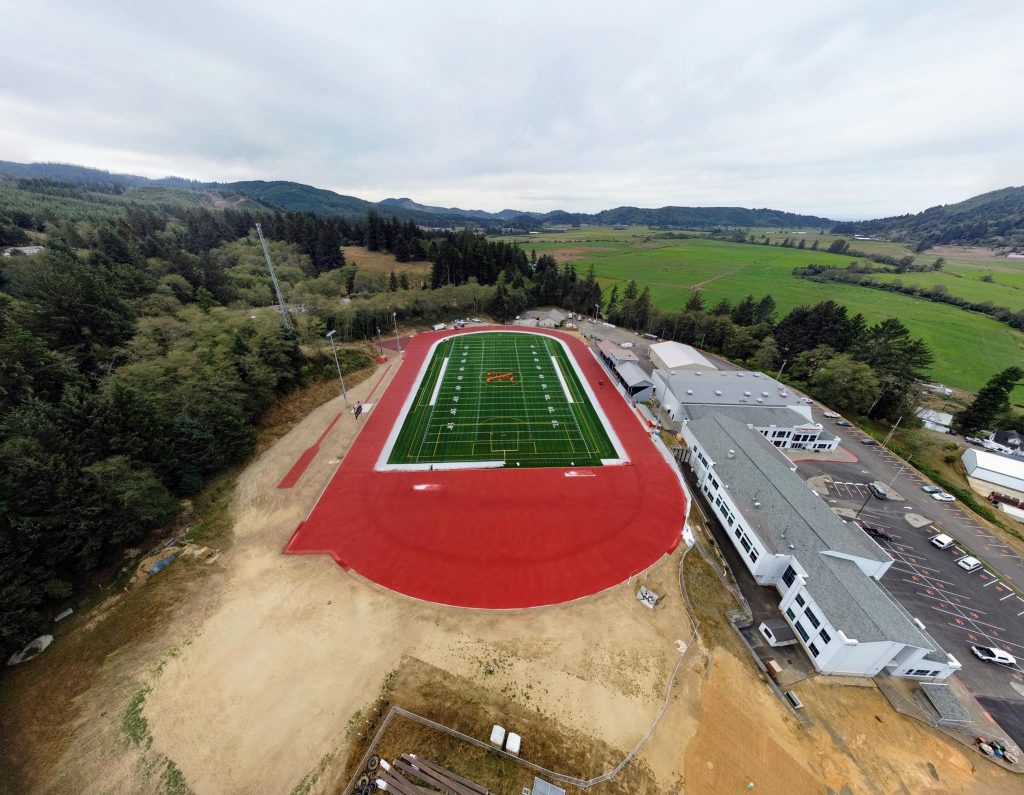