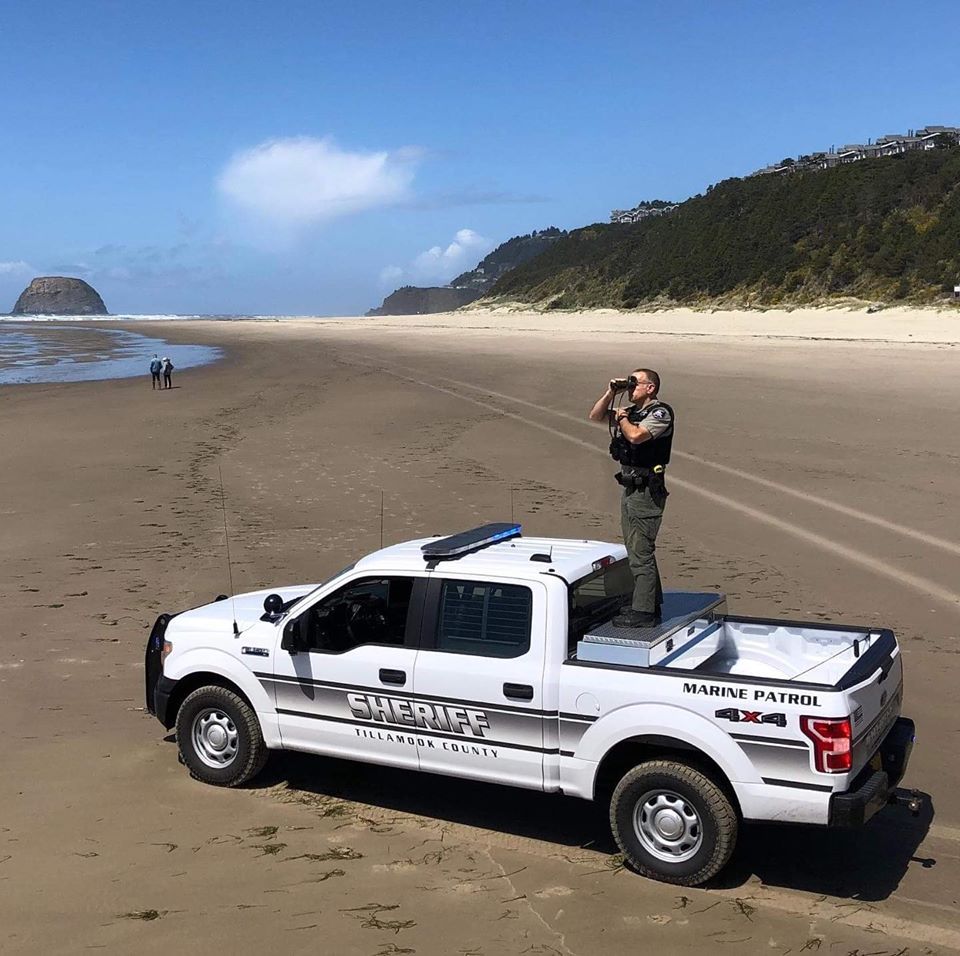 Netarts Bay, OR – At approximately 1:24 PM, Tillamook County Communications District 911 received a call regarding a kayaker in distress. A report came in that a female kayaker, 19, of Tillamook, OR had fallen out of her kayak and gotten caught up in the current and swept out over the bar. Tillamook County Sheriff’s Office, The US Coast Guard, and Netarts Oceanside Fire were dispatched to assist. A search was begun with a USCG helicopter, 2 USCG rescue boats, 2 Netarts Oceanside Fire jet skis, and many units on surrounding beaches and accesses. The Near Space Corporation was in the process of responding with 2 UAV’s (drones) to assist in the search.

At approximately 2:20 PM the victim’s kayak and life vest were located on the spit shoreline. At 3:12 PM the victim was located and pulled from the water. Rescuers immediately began providing lifesaving measures and transported her to Cape Lookout State Park where she was loaded into and ambulance and transported to Tillamook Regional Medical Center. Unfortunately, the victim did not survive. Next of kin has been notified.
Netarts Oceanside Fire Rescue and the U. S Coast Guard, along with the Tillamook County Sheriff’s Office were assisted by Adventist Health Ambulance, Oregon State Park Personnel, Oregon State Police, The Near Space Corporation, and Tillamook 911.