Working with community leaders over the past two years, we succeeded in bringing home transformative investments in failing water systems, aging ports, schools, and community centers.

Late last week, my legislative office posted a series of mailers throughout the district detailing those investments.

The Newport mailer talked about dams, the Port, and the Aquarium. In Toledo we mentioned their Port, the pool, and a new fire station in Eddyville. In Lincoln City it was the Welcome Center, Cultural Center, cleaning up the lake, and a new park. Depoe Bay got help with a new dock and support for the charter fleet. In Waldport it was water storage and water drainage.

In Lincoln County, we talked about wildfire recovery and re-building water systems, sewers, and roads. For Tillamook, Polk, and Yamhill Counties, we detailed water lines, new emergency routes in Neskowin, the CTE Center in Sheridan, and wastewater in Falls City. And everywhere, we mentioned support for small business and grants to address homelessness. 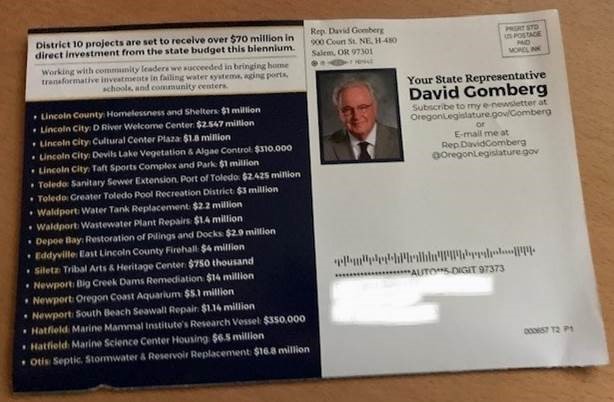 Together, District 10 projects are set to receive over $70 million in direct investment from the state budget this biennium.

It’s no secret that our small communities are facing big, expensive challenges. Critical infrastructure creates jobs, supports our economy, reduces your cost of living, and improves your quality of life!

No single one of us has all the answers. But I believe that when we work together, we can make good things happen. I’m grateful for the advocacy of community leaders who’ve come to me with bold ideas and common-sense solutions to the issues we’re facing. I worked hard for those projects because they were needed and I’m pleased to say we got results.

Each legislative office has a set budget for supplies, travel, and equipment. I spend mine communicating with you!

I don’t spend a lot of time on social media. But when I do, I often see comments about local business and local people. Not all of them are nice. And not all of them are true. That’s why this recent Court decision got my attention.

In a closely watched ruling, the state’s highest court declined to extend certain free speech protections available to the media to ordinary people, rejecting arguments that anyone with an internet connection and an opinion now acts as a journalist.

Journalists enjoy protections from libel suits that other people do not. What that means is that if someone fibs on Facebook, they can be taken to court for resulting damages.

While the decision has broader implications, the case stems from a Jackson County Circuit Court lawsuit between dueling piano stores in Medford. In 2013, Piano Studio and Showcase owner Tom Lowell sued competitor Artistic Piano after its general manager, Matthew Wright, allegedly posted a phony review on Google claiming the Piano Studio store “smelled like grandma’s attic” and that the business “can’t be trusted,” according to court records.

Free speech advocates hoped the state’s high court would seize the opportunity to change Oregon law, which currently offers separate, tougher standards to prove defamation suits against the media. Successful cases against the media must show “actual malice” — that a falsehood was published on purpose or with reckless disregard for the truth.

Libel suits filed against a regular person can succeed merely if the statements are proven untruthful. Read more here.

Several week ago, I wrote about a state program where you could look up your property and see the wildfire hazard rating. Extreme risk properties would be subject to new fire mitigation requirements.

I said the program would be controversial, and that it might also affect the availability and cost of insurance for owners of properties or businesses in high-risk zones.

Facing public backlash, the Oregon Department of Forestry (OFD) on Thursday announced it will redraw a map outlining wildfire risk for properties across the state and pause enforcement measures that would eventually require some owners to make improvements to protect their buildings. 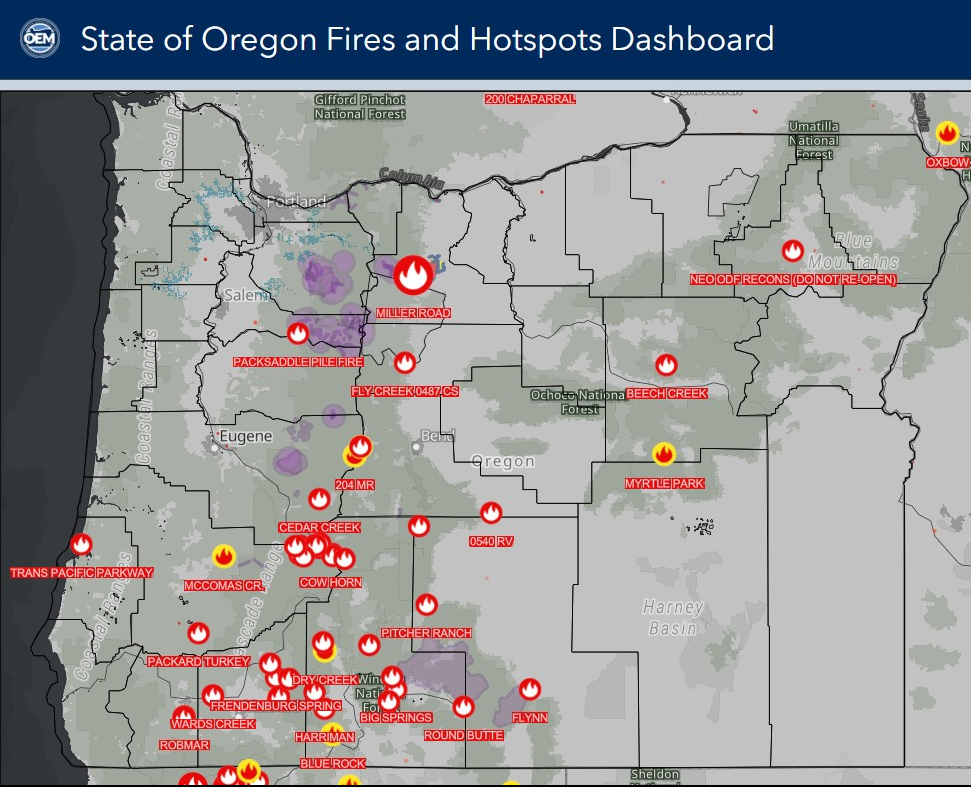 The agency has received 750 appeals from property owners who say they were mislabeled on the wildfire risk map and 2,000 comments from Oregonians. It has a backlog of 1,700 voicemails from the public that haven’t been heard because the forestry department staff is also working to fight several fires across the state. Some 1,200 people tuned into a virtual meeting the agency held last week. A parade of southern Oregon property owners criticized what they said was a bungled rollout, an inaccurate designation for their personal properties, the impact on insurance rates and availability, and new requirements for fire resistant building materials and brush clearing around their homes.

For now, the ODF is hitting the reset button on its plans to finalize a map of wildfire risk on 1.8 million tax lots across Oregon. The agency says it will withdraw the wildfire risk map released in June and cancel the notices to property owners placed in high or extreme fire risk categories.

All of that said, wildfires remain a serious and growing threat as we reach the driest time of our summer. First responders from our local departments are being dispatched to fight fires in Eastern Oregon. Oregon Public Broadcasting has an excellent story on their website about preparing for Wildfire Season.  You can read it here.

According to a new survey from the Oregon Values and Beliefs Center, more than a quarter of Oregonians have quit a job in the past two years. Among Oregonians who quit their jobs, the most common reason was that they felt disrespected at work – either by employers, co-workers, or customers.

In the survey, 33% of Oregonians said that they at least partially agreed that the reason employers have had difficulty filling jobs is because “people have gotten used to not working and are continuing to live off savings and unemployment benefits and are not feeling a sense of urgency to work.”

That facts are that people are working. But they are working differently.

Two weeks ago, I reported that across Oregon and even here at the beach, we have recovered most of the jobs lost during the pandemic. Oregon has regained 94% of jobs lost since the beginning of the pandemic. But jobs have changed and increasingly, people are working from home. One in five Oregon workers switched to remote or hybrid work during the pandemic.

Are people living off unemployment? Laid-off workers, who pay into unemployment insurance through payroll, can receive roughly 65% of their weekly wages when unemployed and searching for a new job. A person working 40 hours a week at minimum wage could receive around $350 per week if laid off. The additional weekly payments approved by the federal government ended in September 2021. The work search requirement was suspended during the height of the pandemic, but reinstated more than a year ago.

Here is another interesting survey. Oregonians say their pets are a part of the family. The online survey of nearly 1,500 Oregon residents found that 93% consider their pet to be not only property, but a family member. But then, you already knew that…

Because of that, 71% said their pets are allowed to sleep in their owners’ beds. But homeowners, men, and people with higher incomes are less likely to allow pets on the bed than renters, women, and those with incomes below $50,000.

93% said those beloved animals make them laugh. And about 85% say pets help them feel less lonely and reduce stress. 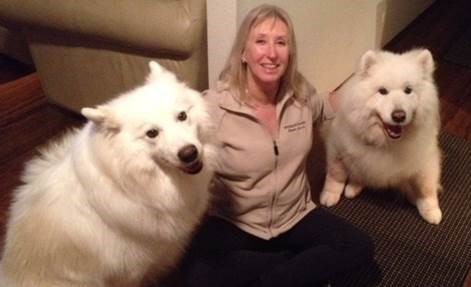 Are Oregonians dog or cat people? Nearly half (49%) say they have adopted a pet since the onset of the pandemic. Forty percent say they adopted a cat. And 11% said they adopted some other pet. Susie and I have supported Samoyed Rescue and adopted a dozen cats over the past three decades.

Just 4% of Oregonians say they have never had a pet.

Thursday I joined the Oregon Community Foundation as they wrapped up a tour of the Central Coast to better understand the role of charitable giving in small communities. From homelessness and mental health, to arts and culture, organized giving is transforming our communities. OCF is doing great work and I was pleased to have them here.

Not all the support we receive is from large foundations. I continue to believe that our region benefits from a robust retirement community who bring a lifetime of experience, flexible time, and generous contributions to our most pressing needs. This support in smaller increments helps fill the gap.

This week, I’ll be supporting the Veterans Stand Down at the American Legion Hall in Newport on Friday. This is an annual event where those who have served can find the services and supplies they need. VA staff and volunteers provide food, clothing and health screenings to homeless and at-risk Veterans. I’m glad they are there. But it breaks my heart to see those who have served standing in line for sleeping bags and toothbrushes.

Susie and I will travel to Corvallis Wednesday to tour the Wine Research Institute and meet with faculty and industry professionals from around the state. I’ve been joking lately that the new district boundaries are trading the cheese of Tillamook County for the wine of Lane and Benton.

Also this week, I’ll be speaking on a panel before the Oregon Mayor’s Association Summer Conference about how Mayors can successfully impact state and federal decisionmakers. I’ll be at the ribbon cutting for Equinox Clinics and plan to meet with the SEIU statewide leadership. Tuesday is the weekly Tillamook Leader’s Call and Wednesday is the Lincoln County Economic Resilience Team gathering.

Thanks, as always, for reading and your interest and engagement in issues affecting our communities.