We are into week three and the thick of a busy 35-day short session as we sprint to pass important priorities. The challenge, of course, is that we often don’t all agree on which priorities are most important….

Last week I congratulated our new Speaker, Dan Rayfield. Representative Rayfield is the first new person to hold this critical position in nine years. But his is not the only important transition underway. This week we confirmed the last of six new legislators for the 2022 session in our 60 member chamber.

Meeting, building relationships, and learning to work together is difficult when there is such prolific turn-over, hearing rooms are closed for construction,  and we are necessarily distanced by COVID. The Senate also has three new members in their 30-member Chamber.

I was touched when new member James Hieb stopped by my desk Friday. He wanted to remind me that two years earlier, he had been visiting the Capitol with his family and I bumped into them outside the House. With a few minutes to spare, I welcomed them, answered questions, and even brought his son into the Chamber and invited him to sit in my chair. I like to do that for visitors when I can. But I never guessed some day one of those family members would have a chair of their own.

This past week has been predictably intense with floor sessions and bill votes every day. Monday I testified on SB 1567 which would begin to protect major fuel storage hubs from a catastrophic earthquake. That fuel has the potential to spill, ignite, and cause more damage than the Deepwater Horizon. I also spent half an hour on KTIL Radio with a legislative update. Monday evening, my committee on Wildfire Recovery met until 8:30 pm.

Tuesday I began the day with my 7 am interview on KBCH. I testified on SB 1504 which would end betting on greyhound racing in Oregon. Interesting, there is no dog racing in Oregon. But we are one of two states that allow sites that accept online bets and facilitate racing in other countries where care and safety are minimal. Later I joined the General Government subcommittee meeting and presided over the Transportation and Economic Development subcommittee.

Wednesday I organized witnesses and testimony for my bill, HB 4072, which would reduce fishing license fees in our coastal charter fleets. The bill was held over to consider amendments to increase license fees for steelhead fishing. It is illustrative of how this session is evolving that a Democrat is proposing to reduce fees and a Republican is working to similarly increase fees in the same bill – both for good reason. I also met virtually with students from around the state as part of University Lobby Day. I asked one student what life was like on campus this past year. In return, he asked me what life was like “100 years ago” when I was a student. One hundred years!! I told him his school would not be getting any money this year….

Thursday I attended the Governor’s Commission on Senior Services and spoke about the cost and shortage of elder care. I met with the Philomath City manager, attended meetings of two of my committees, and was asked to preside in the House Chamber.

Friday the Ways and Means Committee met to consider 15 agenda items and I presented a bill early in the meeting. I was again asked to preside over the House. My small workgroup on Economic Development gathered in the afternoon, I Zoomed with the Director of our Oregon Coast Aquarium about the improvements underway there, and finished the day meeting with the Governor’s Office to discuss funding to ocean science research.

The Speaker is the presiding officer in the House and usually runs the meetings from the podium. When they are otherwise occupied, the Speaker Pro Tempore presides. And this week, on two occasions, I was asked to take the gavel.

Presiding is an honor and also a serious responsibility. With the support of the Chief Clerk’s staff, you hear bills, call on members to speak, maintain decorum, manage the voting system, and generally work to smoothly and fairly move the agenda forward. All of this is governed by rules, parliamentary procedures, and necessary legal language. It’s a lot to keep track of!

You usually see photos of the chamber and the presiding officer up front. I thought it might be interesting to show you the view from the podium.

What you see here is the agenda, the bill being considered, a map of the house with colors to indicate who is excused and who is asking to speak, how much time they have left if they are speaking, and a list of members who have not yet voted when a vote is called. Not in the photo, on the right, is a large wooden gavel.

Tomorrow, Tuesday evening, the House Wildfire Committee is inviting survivors and those affected by the Labor Day Fires to share their recovery experiences and present the challenges they continue to face. I’m looking forward to hearing from my neighbors in Northern Lincoln County who were impacted and affected by the Echo Mountain Fires.

You must register in advance to provide verbal testimony (Audio and/or Video) during the public hearing. There are two ways to register:

If you would like to submit your story in writing, please email it to hwrec.exhibits@oregonlegislature.gov. Your submission will be posted on the Oregon Legislative Information System (OLIS) website where it can be viewed by legislators and the public.

The committee meeting can be viewed “live” online, or from a recording after the meeting ends.

If you have questions, please contact Laura Kentnesse, LPRO Analyst, at laura.kentnesse@oregonlegislature.gov or 503-986-1731

This week we also received the latest quarterly report on Oregon economic health and projections for future tax revenue. The Oregon Constitution requires that we not spend more than we receive so these reports are critical for budget planning. The Constitution also requires that if revenue exceeds these estimates, the extra funds be returned to taxpayers in what we call the tax “kicker”. The policy refunds taxpayers whenever personal income tax revenues come in at least 2% above initial projections during a two-year budget cycle.

The latest quarterly revenue forecast for Oregon shows tax receipts are again exceeding expectations. That reflects, I believe, the strength and resilience of Oregon business and workers, and also the difficulty of accurately estimating tax revenue during these unpredictable times.

Since the December 2021 forecast, Oregon is expected to bring in about $800 million more in the current budget period, and about $1.4 billion more over the next two budget periods. This is largely driven by personal and corporate income tax growth.

Most Oregonians are earning more and wages continue to rise. But too often, those increases are being absorbed by prices increases as inflation surges. Wage gains are not consistent across the state as you have often heard me argue. And too many Oregonians on fixed incomes will struggle to pay those higher prices for food, fuel, and services.

State economists warned that the positive economic trajectory could be hampered in coming years not only by inflation, but also by an ongoing housing supply shortage and people slow to return to the workforce.

Taxpayers completing their forms this year will see the results of a $1.9 billion kicker for 2022 and another $1 billion next year. That translates into about $850 for an average taxpayer earning roughly $70,000 and $420 for workers earning $35-40,000. The kicker is based on income and if you are fortunate to earn over $200,000 a year, you can expect a credit of around $4,000. Top income earners will receive tens of thousands of dollars.

I don’t know too many people in that category and some of us are beginning to believe the kicker should be capped at around $1000 so most Oregonians get what they do now, everyone gets something, with the balance going to schools or reserves for those future years that may not be as strong.

Is this short legislative session a crock pot or a pressure cooker?

For a lighthearted take on the process, I thought I’d share this short video from master chef and representative, Dacia Graber. 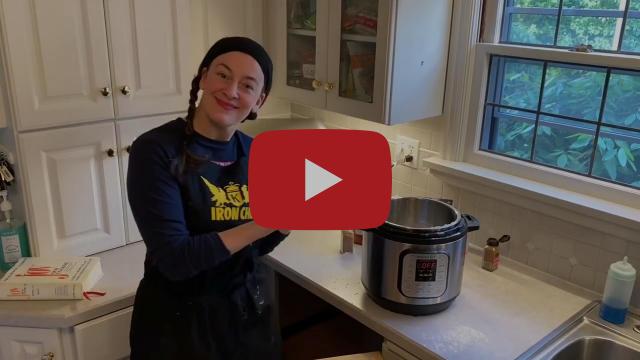 And finally, today is Oregon’s 163rd anniversary of statehood, and if I may say, she looks good for her age! There are some cool things going on virtually and around town.