I’ve just finished reading a fascinating article in OPB about high-altitude balloons testing equipment for space agencies around the world. Having built a career making and flying giant kites, I found the article about balloons fascinating. But I also found it fascinating because, since their inception in 1996, Near Space Corporation has operated from facilities at the former WWII Tillamook Naval Air Station in our district where a massive blimp hangar and the custom-built Johnson Near Space Center provides an ideal location for end-to-end engineering, production and flight testing of their high altitude/near space platforms, and flight services for government, academic and commercial customers. Tillamook’s Near Space Corporation was named one of the nation’s elite unmanned aircraft test site operators. 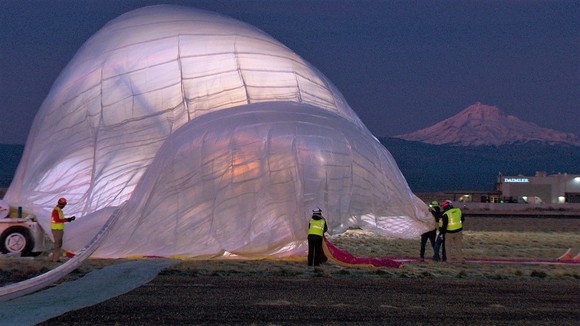 Across our district, remarkable people are doing remarkable things. They explore near space, and at Hatfield, explore the deep seas where scientists work to confront changes in ocean chemistry. We make world-class cheese, world-class wine, and catch world-class seafood. Our restaurants and resorts are as good as you will find no matter how far you travel. Our retirees have done amazing things in their lives and our entrepreneurs starting out will soon do amazing things as well.

I am not naïve to the challenges we face. Late last week I attended a ribbon cutting at a new addiction counseling center in Lincoln City and the same day was at the Veterans Stand Down where those who have served sought needed support. We have our problems and they demand attention. But there are also good people doing good things and we need to recognize and remember how special our part of Oregon really is.

This past week, the Biden administration and the U.S. Senate came together to cut the cost of health care, tackle inflation, and meet the climate crisis – passing the Inflation Reduction Act and delivering for families and communities across the country.

The bill now moves to the U.S. House to be voted on, where it’s expected to pass.

I often receive mail about pending legislation in Congress. As a state representative, I do not vote on those issues. But I do vote on Oregon proposals to address the cost of living and inflation.

I wrote last week about wildfire risk mapping across Oregon as part of Senate Bill 762. It is important to understand that this mapping was but one part of Oregon’s first comprehensive wildfire preparedness and resiliency bill. The measure will dedicate $220 million to forest management practices, $6 million for Oregon fire districts to hire more firefighters, coordinates a statewide response to plan, mitigate wildfires with a focus on community preparedness and public health, and also requires statewide mapping of wildfire risks.

Nealy every fire department across our district received state grants totaling about $300,000 to increase staffing during key summer months to better react to potential fires, especially wildfires. The departments are among the 180 fire districts and departments across the state that received $6 million through SB 762 from the 2021 Legislature.

Fire agencies were able to request up to $35,000 to support staffing during the summer and early fall, the height of Oregon’s fire season. Departments are allowed to use it for overtime for additional firefighter shifts or to hire temporary firefighters to augment their current staff.

This fire season is especially worrying for some districts across Oregon, as early spring showers across the state increased plant growth, much of which is now drying out and providing ample fuel for future blazes. The grant program is funded only through this year and will need to be renewed by the Oregon State Legislature in order to continue for future fire seasons.

On a much lighter note, let’s give a shout-out this week to the Oregon Lottery.

Nathan and Rachael Lamet, of Salem, found a chewed up Oregon Lottery ticket recently and boy, did their two dogs look guilty. The ticket had more pieces than a crossword puzzle has clues.

The lottery said in a press release its employees collected all the pieces of the ticket, were able to put it back together, and then realized in addition to being “delicious,” the ticket was an $8 winner. The check, said the lottery, was in the mail.

I’ve been making the rounds and racking up miles on my Honda Hybrid this month. Friday I was at events in Lincoln City, Newport, Philomath, and a banquet in Portland before returning home to Otis. And Saturday I was back in Philomath, a picnic in Corvallis, and then the Pow-Wow in Siletz.

Highlights for the coming week include the unveiling of the Oregon Coast Art Bus Thursday in Newport followed by a Chamber of Commerce social at the Yaquina Bay Yacht Club.

Friday I’ll participate in the first meeting of the Vietnam War Memorial Fund Steering Committee and help plan to create a fitting memorial on the State Capitol grounds.

And over the weekend I’ll be in Toledo for the iconic Wooden Boat Show.

Less fun, but critically important, I have meetings this week with SAIF, Business Oregon, a planning session for legislation on the Newport Dam, a zoom with rural legislators working on economic development, a check-in with chair of Ways and Means, and an interview with the International Brotherhood of Electrical Workers.

If someone forwarded you this newsletter and you’d like to get it directly, you can sign up for weekly reports on my Legislative Web Page. You can also review there, maps of our current district and changes for January 2023.

Thanks as always for reading!