The first working week of session following the formalities of opening days went smoothly and quickly. It will be at least another week before we start voting bills out of committee and sending them to the floor for debate. Actions and options regarding our district can best be reported by reviewing the headlines and stories that made the local and statewide media. And there were lots of them!

Concerns I shared with you about the Governor’s Homelessness Emergency Declaration in my newsletter last week were covered by stories in Willamette Week and Yachats News, and the Pioneer. You will remember from my report that 26 rural counties were lumped together where the average increase in homelessness did not reach the threshold necessary to receive emergency support. I penned a letter of concern to the Governor signed by all members of the Coastal Caucus. 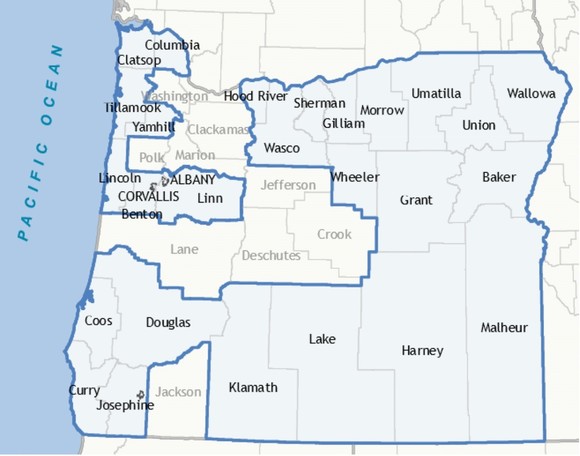 In response, the Governor wrote, “My initial executive order was based on the best information available at the time, but as you noted, this data under-represents the need”. “A county governing body may request to be included in the emergency declaration by submitting a request to the Office of Emergency Management (OEM).” Let’s call that a win for the Coast!

Later in the week, the Governor called personally to discuss our concerns.

I reiterated that averaging large regions misrepresented coastal counties, that the process used to count homeless people was misleading, and that homeless students should not have been excluded from the count. The Governor and I had a productive conversation. The Coastal Caucus is now asking how Counties request support from OEM and what information should be included in such requests. 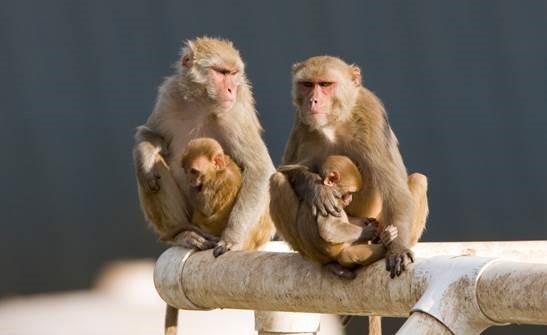 My work exposing and addressing abuses at the Oregon National Primate Research Center has also garnered press coverage. There are good stories on OPB and the Capital Chronicle.

OHSU’s primate center violated the federal Animal Welfare Act 31 times between 2014 and 2022, according to inspection records – the most violations of any of the seven U.S. academic institutions that operate primate research centers.

My proposal, HB 2904, would require more transparency and accountability and is gaining support from both Democrats and Republicans in the Capitol. The bill has been assigned to the Committee on Emergency Management, General Government, and Veterans. If you share my concerns, I urge you to drop a note to the Committee to be included in the formal record.

I’ll be sending a link to submit written testimony to the Committee once our hearing date is officially posted this week.

OPB published a story about my presentation to the Pacific Northwest Consortium on Plastics in December. I talked about bills expected in the coming session to address plastic waste. I can now tell you those bills include:

The Joint Committee on Semiconductors held their first meeting and received an overview of opportunities and challenges.

The story in the Capital Chronicle reports, “Gomberg asked how growing the semiconductor industry, which is largely centered in Washington County, would help Oregonians throughout the state. ‘The median family income in Washington County is 60% higher than it is in my district,’ Gomberg said. ‘And I just don’t anticipate we’re going to really be making chips anywhere near the salty air of the coast.'”

The response was that a large semiconductor manufacturing plant likely won’t be located on the coast, but the smaller companies that supply components and pay well might choose to build throughout the state. Intel, for example, has suppliers in 15 of Oregon’s 36 counties.

As reported in the Oregonian, spending plans are still in the early stages, but in broad terms lawmakers are focused on four areas: 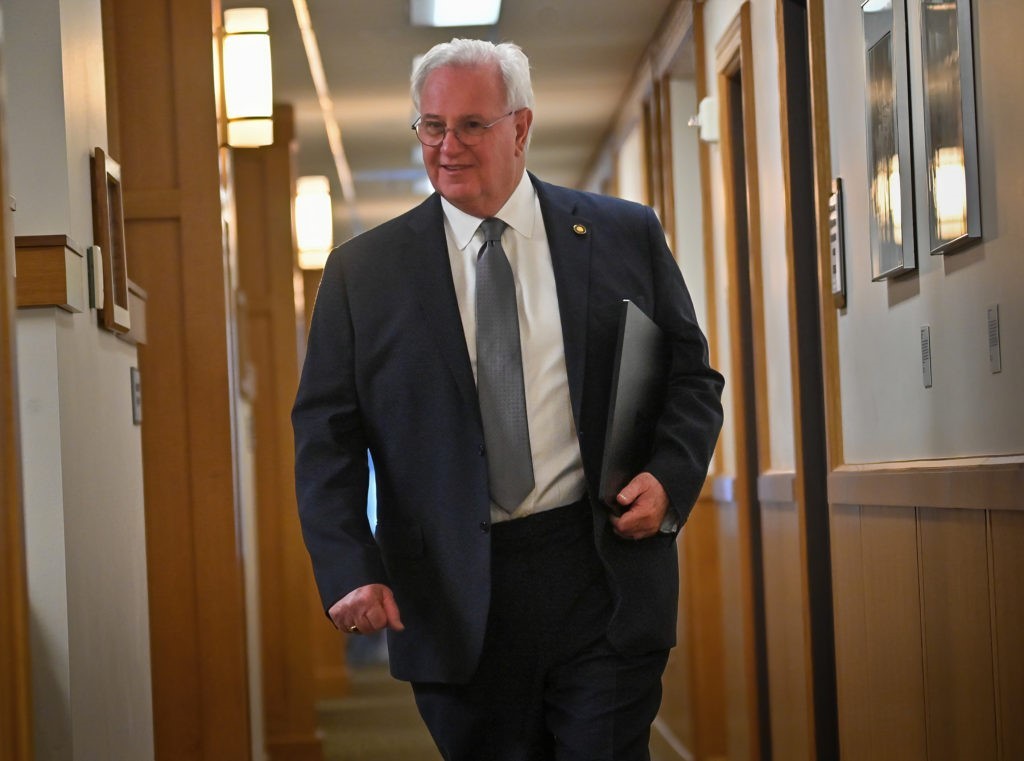 The Bend Bulletin published an article about legislation I sponsored to protect outdoor and indoor recreation businesses from liability when people have accidents. The Newport News Times ran a story on our work to secure funding for replacing the Big Creek Dams. The Capital Chronicle mentioned our measure to eliminate legislative “emergency” declarations in bills that need to take effect quickly, replacing that with “early implementation” and a requirement to explain why the normal timeline should not apply.

And finally, the Yachats News wrote an interesting story on local legislators’ plans and thoughts for the coming session.

At the end of the week, I presented my measure HCR 8 to the House Rules Committee that would name shelter rescue dogs and cats as the official state pet. I was joined by co-sponsor Senator Janeen Sollman and former Oregon Kid Governor Emerie Martin.

Naming a state pet, I said, sounds like a fluffy, feel-good measure when we have more important things to do. And certainly we are working on larger and more important issues. But just as we have named a state pie with the goal of selling more marionberries, a state crustacean to help sell more Dungeness, and a state drink to support the dairy industry, recognizing shelter pets will encourage more adoptions. And that will reduce the number of animals being euthanized, honor families that adopt, and reduce public expenses to house, feed, and provide health care for those animals.

You can listen to the hearing here at the 21 minute mark.

Testifying in House Rules with Governor Martin and Senator Sollman. 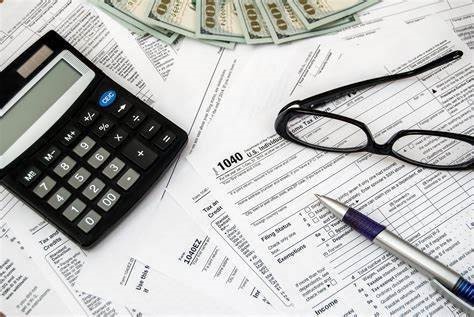 Returns will be processed in the order they are received. However, as in years past, the department won’t begin to issue personal income tax refunds until February 16. Once the department begins processing returns, filers can check Where’s My Refund? to see the status of their refund.

Several free or low-cost preparation options for both federal and Oregon tax returns are available for taxpayers who meet the qualifications.  All Oregon resident taxpayers preparing their own returns can file electronically at no cost using Oregon’s free fillable forms. Visit the Department of Revenue website to take advantage of software and free offers and get more information about free tax preparation services.

Saturday Susan and I attended the world premiere of “Yakona”, a newly commissioned work by Dr. Sara Graef inspired by the Yakona Nature Preserve and performed by the Newport Symphony Orchestra. The concert featured photographs of the Preserve by local photographers Roger Thompson, Rena Olson, Bill Posner, and the students from Waldport High School’s Digital Media Arts and Design School. Adam Flatt conducted.

It was a remarkable and inspiring evening. The history of the area goes back hundreds of years. Its original inhabitants, the Indigenous Yaqo’n people, thrived as caretakers of the land as described by the Yakona Nature Preserve and Learning Center website. Nestled along the shores of Yaquina Bay, the 400-acre peninsula serves as the home to a wide variety of plants and wildlife including Sitka spruce trees, black bears, eagles and owls — all living in their natural environments.

Newport residents Bill and JoAnne Barton bought the property in 2013, intending to restore the area to its original habitat. In 2018, they founded the nonprofit Yakona Nature Preserve and Learning Center to educate the community on the merits of preserving the land and learning about its history.

Chatting with fellow guests after the performance, I was complimented on these newsletters and asked if I wrote them or whether they were composed by my staff. I write them myself – every Sunday morning, I explained. You can usually tell because of the typos.

I’m mortified by the mistake but I hope you are amused. Trust me when I tell you that the opening days were more about crafting laws than about law enforcement.

I’ll write more for you next Sunday. Have a lovely week!