By Carolyn Maizel for the Pioneer
Neah-Kah-Nie Middle School on Wednesday, November 13th, held a robotics competition to see which two of the eight teams would move on to the FIRST LEGO League (FLL) qualifying tournament. The student participants are a part of the NKN MS tech club, led by librarian Kathryn Harmon. They have been prepping for this competition since the beginning of the year. Students built and programmed robots made from LEGO pieces to compete on a performance field. Additionally, students were tasked with creating an innovation project, where they identify a real-life problem in their community and design a solution, all while exhibiting FLL’s CORE values.

FLL is a science, technology, engineering, and math program for robotics teams of 3 to 10 members in 4th-8th grades. Competitions are held which challenge teams to solve a real-world problem with their own innovative solution and to design, build, and program a LEGO robot to manipulate LEGO models based on real-world challenges. A fundamental part of the competition is the use of the FIRST CORE Values in the spirit of gracious professionalism. The CORE Values emphasize discovery, innovation, impact, inclusion, teamwork, and fun with the goal of getting students excited and equipped with the skills they need in a changing workforce. 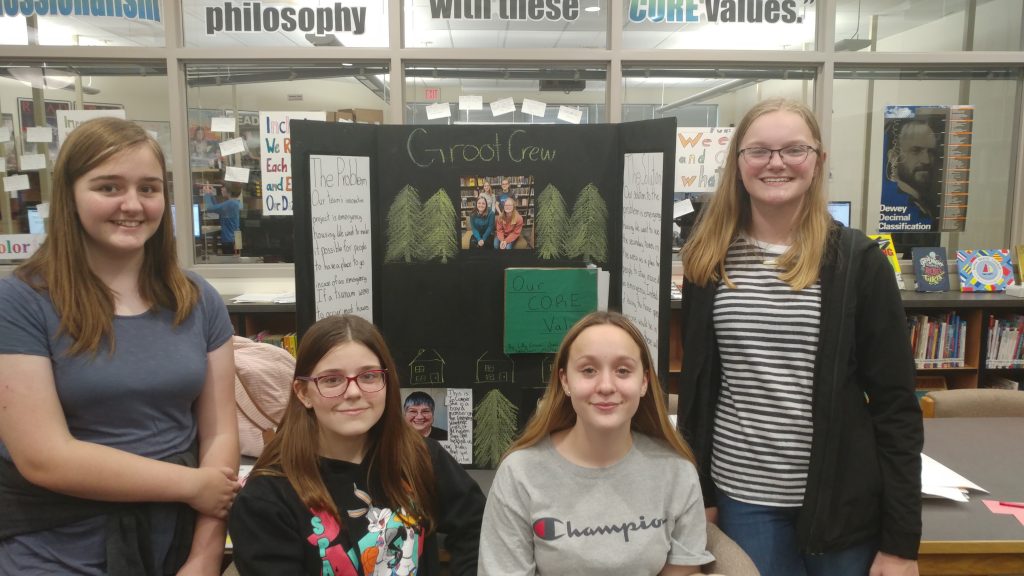 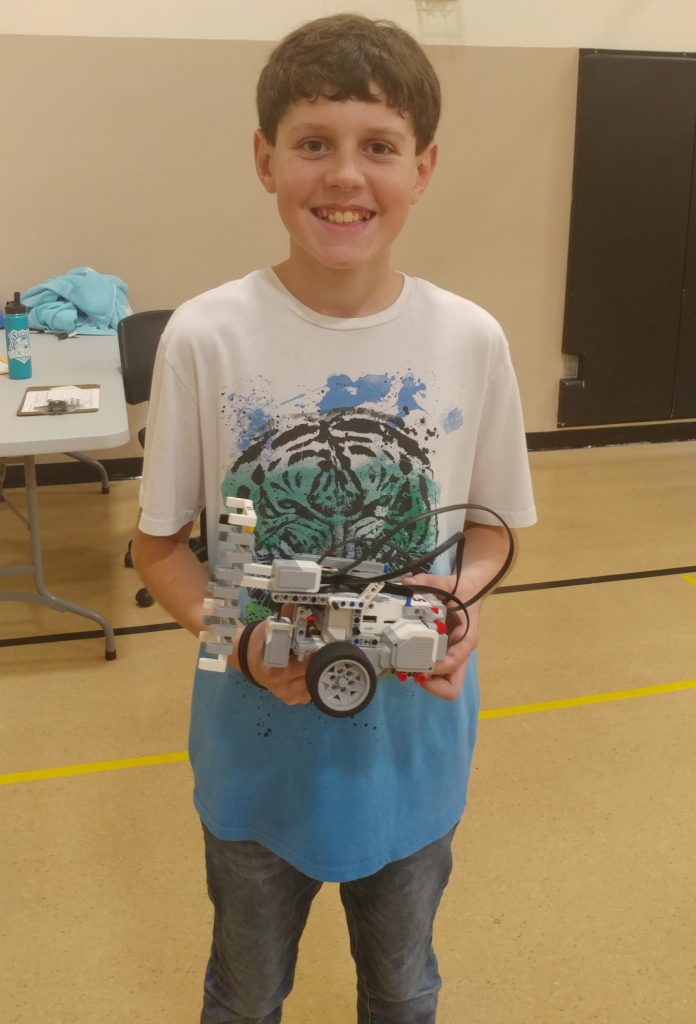 Thirty-seven NKN Middle School students comprised eight teams, creatively named: The Cherry Blossoms, Groot Crew, Dairy Kings, Confetti Crew, Pumpkin Spice Lattes, Crispy Potato People, Kazoo Krew, and Stud Muffins. The teams faced off head-to-head in robotic games, competing for the highest score. Additionally, teams were judged on their robot design, their innovation projects displayed on posters, and on how well they exhibited the FLL CORE values.
The Cherry Blossoms topped the robot game competition with an impressive first round score of 275 points. The judges agreed that the Cherry Blossoms, Groot Crew and Dairy Kings innovative projects were all exceptional, and the Confetti Crew impressed with their robot game scores and creativity. In the end, only two teams could move on to the FLL tournament — Congratulations to the Cherry Blossoms and the Groot Crew!


https://youtu.be/cLyaR9Klxso
This competition was made possible thanks to the many volunteers who judged and supervised, the Eugene Schmuck Foundation and Mudd Nick Foundation for supporting the event, and the Oregon Robotic Tournament and Outreach Program (ORTOP) for facilitating a grant through the Oregon Department of Education.
The FLL tournament will be held on December 14th at the Intel complex in Hillsboro. For more information on FLL and the upcoming tournament, visit ortop.org/fll