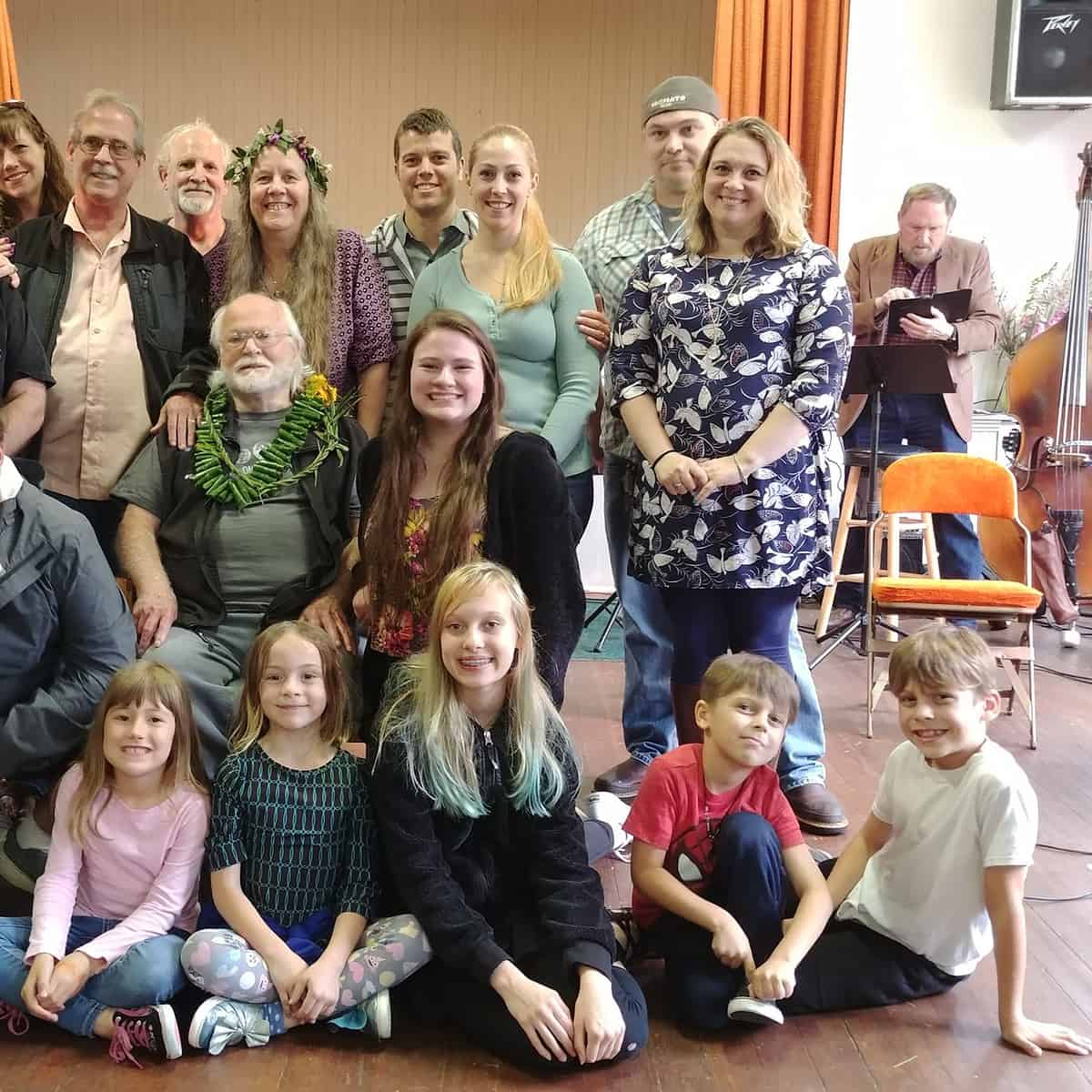 By Charles McLaughlin
Mentioned last episode were three resources/skill sets that arrived with me when I was dropped into Geezerland. Those were on the asset side of life’s ledger and one more needs to be entered there before dealing with the debit side: Friends.
From arriving on the left coast in 1975 to present times, Barbara and I have met hundreds of wonderful north coast locals and among them developed a solid core of close friends, some of whom being so for over 40 years! The remarkable thing about them from my perspective is they are nearly all of Barbara’s generation, not mine. They have accepted me as though I were of their age and vibe, not askance by the presence of a pre-geezer hanging out with them socially. Growing older together has been a boon for each of us, keeping me in the loop of their youthful thinking and energy and them seeing aging as not so scary or ominous as one their age might think. These friendships have been symbiotic, the exchange of love, joy and support, pre and during geezership. Can’t beat that!

And then there are hundreds of individuals and families we connect with each day via the BBQ* (www.northcoastbbq.com), our attempt to foster community, that adds a pleasurable measure of meaning and purpose to us both, especially to this old geezer’s generally unproductive life.
And now to pen a few debits that are charged to life in Geezerland.
Diabetes is to be entered on the debit side of the ledger as a “preexisting condition,” one that has contributed most to the partial loss or ongoing damage of assets since the geezer advent began. Fortunately it is onset diabetes and thus was not life-threatening when diagnosed in 1977. (Type one diabetes, such as my mother had and one of my sons has, is much more virulent.) I have lived with it since being diagnosed and found it, then as now, requiring attention to detail, self-discipline and willingness to learn. Denial is not an option.
Since becoming a geezer, more intrusive and serious aspects of this disease have made their way into my daily consciousness and concurrently increased the expense of treatment and proactive methods employed to mitigate the resultant discomfort and slow down loss of vital assets. Those intrusive maladies include neuropathy and retinopathy, the latter leading to partial or complete blindness. Fortunately, it is occurring in my left eye only and I still have peripheral vision there. My right eye is near normal.
The condition of my left eye and threat to the other is the most troubling and frightening challenge to date and calls for strict attention to prescribed dosages of medicine and daily positive thinking to mitigate fear of loss of eyesight. The use of a cane has proven of advantage when tooling around in strange territory, as the loss of bifocal sight causes difficulty gauging heights of steps or curbs. A strong arm of a loving wife, son or daughter serves to stabilize me in such conditions and concerned voices forewarn me of pending threats.
While attempting to avoid making this read a downer, I’m also committed to telling it like it is for this geezer. Sharing both sides of the coin is therapeutic for me and perhaps helpful for others to hear it as well. Hopefully you will bear with me.
Like my old friend scarecrow, my legs have given way somewhat and I’m now buzzing about with a walker, which I jokingly call the closest thing God ever gave me and Janis Joplin to a Mercedes Benz! It has become on occasion a storage devise, a shopping cart, a seat and something upon which I can lean, if necessary.
Speaking of laughing, humor is vital in the life of this geezer and, I would guess, in that of other geezers anywhere. One good laugh or chuckle is worth a thousand words, to coin a phrase!
Yet more to come …

Here’s more about the North Coast BBQ from an interview the Pioneer did with Chuck a few years ago – the unique to the North Oregon Coast “list serve” – part Craig’s List and part community announcements, and as Chuck says – community connections, and more …