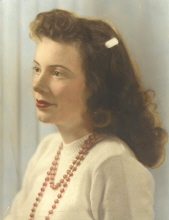 She was the second daughter born to August and Eva Schollmeyer of Nehalem, Oregon.

August Schollmeyer’s family immigrated from Germany to homestead in the Nehalem Valley in 1860. They eventually developed a dairy farm large enough to supply milk to the local population of Manzanita, Neah-Kah-Nie, and the Nehalem Valley. Her mother arrived from Portland on a ship as there were no accessible coastal roads at that time. Phyllis was brought home from the hospital to this idyllic ancestorial home and lived on the farm her entire life.

She always said her sister was the “inside” daughter and she was the “outside” daughter. She loved working side by side with her father on the farm and remembers delivering milk on their milk route from their Green Meadow Dairy Farm, churning butter, helping with the cattle and chickens, and doing other outside field work.

She was an accomplished horseman and even participated in the Junior Sheriff’s Posse which paraded and served in the WW II effort.

She graduated Valedictorian from Nehalem Union High school in 1948 and soon thereafter married her beloved husband of 67 years, Francis William (Frank), at the age of 17. Frank passed in 2016.

Frank and Phyllis moved into a small house, on the edge of the farm, the day they came home from their honeymoon, and continued to live there their entire lives. From there, they raised two sons and, under the helpful watchful eyes of their grandparents August and Eva, the boys had the run of the farm to help shape their futures.

Phyllis worked from a young age, first at the theater in downtown Nehalem where she earned $2 a night for selling tickets and keeping the popcorn machine filled. Eventually, she followed her interest in finances by becoming a teller at the North Tillamook County Branch of The Commercial Bank of Tillamook in Wheeler, Oregon. She then moved up to customer service at the newly built US Bank in Rockaway. She was the very first manager of the present-day US Bank in Manzanita and oversaw its opening. This was a remarkable accomplishment in her day and age – women were not given the opportunities they have today in careers – she bucked the trend and proved her worth. During this time, she also continued to support the Manzanita Lumber Company which she and Frank bought from the Stanton family in 1963.

She retired at the age of 55 and became “Farmer Phyl”, puttering on the farm, continuing to raise beef stock, and roaming the farm while enjoying the seasons. She also liked traveling – especially to Hawaii – her favorite place to be. She and Frank would go for an extended trip once a year and soak up the sun, Mai Tais, and sunsets. Many years they would also include a trip (or two) to Reno or Vegas and then joyously send faxes back to the lumberyard whenever they hit a jackpot.

Phyllis was a pioneer in the community, passing at the age of 91 in her home, as was her dying wish.

The family wishes to thank all those who helped us honor Phyllis’ wish to be in her home the last years of her life. She was supported and surrounded by family, friends, and loved ones until the end. A special thank you to Tillamook Hospice who was with us every step of the way – their knowledge, compassion, and support was priceless.

We take comfort in our belief that while we are sorrowfully saying good-bye from this side, others from the other side are joyously saying hello to our adored Phyllis.