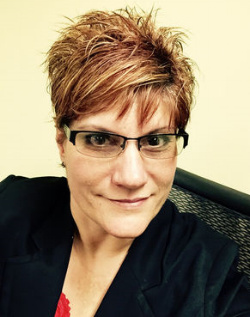 Phyllis Jo Rice, 54, of Crescent Valley, Nevada passed away Wednesday, February 16th, 2022.
Phyllis Jo Rice was born on June 11, 1967 in Wichita Falls, Texas the daughter of Derita Foshee and Jerry Haggart. She grew up and attended schools in Texas, Oklahoma, and Colorado, graduating from high school in Fruita, Colorado. She moved to Winnemucca Nevada where she worked for management for Red Lion/Winnemucca Inn.
Phyllis met and married the love of her life, Jeremy Rice while in Winnemucca. They were married on February 17, 1991.
Phyllis and Jeremy moved to Tillamook, Oregon where she was the Executive Director of the Tillamook Air Museum. While there she was instrumental in growing the museum and adding her special touch to the community.

They returned to the Nevada area settling in Crescent Valley where Phyllis worked as the Safety Manager for Truckin’ Water.

Phyllis had a large imagination and used that in making all kinds of arts and crafts. Her handmade items were shared to her family and friends. She enjoyed shooting and especially loved to go for a Harley ride with her husband.

A celebration of Phyllis’ life will be held at 11:00 am at the Crescent Valley Community Hall on Saturday March 26, 2022.

On behalf of the Phyllis Rice family thank you for your thoughts, prayers and outpouring of friendship through this trying time. It is greatly appreciated.

In lieu of Flowers, Please make a donation to www.nationalmssociety.org in Phyllis’ Name, or you can send cards to
Rice Family
3013 crescent Ave
Crescent Valley, NV 89821