By Laura Swanson, editor
Today, December 5th at approximately 10:45am a rockslide occurred at the south opening of the Oceanside Tunnel partially blocking access. Netarts-Oceanside Fire/Rescue members and Tillamook Ambulance were dispatched to rescue individuals who were potentially trapped.  Upon arrival it was determined that there were parties trapped on the north side of the tunnel with an incoming tide that would need assistance. Our personnel devised a plan bringing those individuals out of the south opening  which was now approximately 3 foot in diameter. Victims were removed safely, one by one to the Oceanside beach with the removal taking approximately 25 minutes. Upon completion the scene was handed over to an Oregon State Parks representative, who then closed the tunnel access until further notice.

PHOTOS by Kelly Benson and Don Backman, for the Tillamook County Pioneer 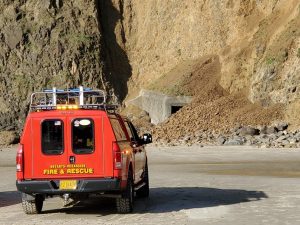 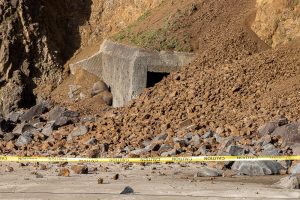 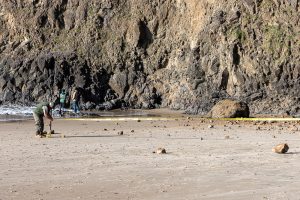 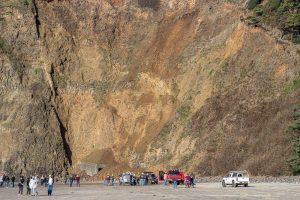 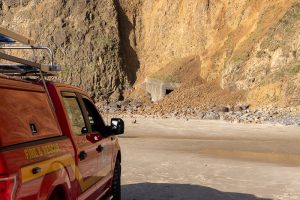 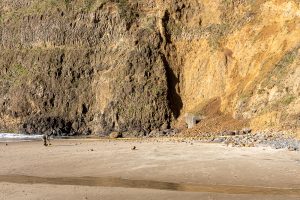 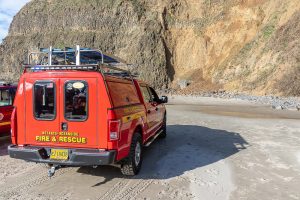 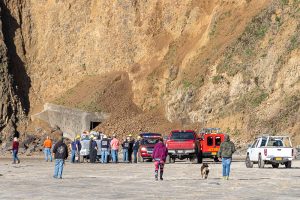 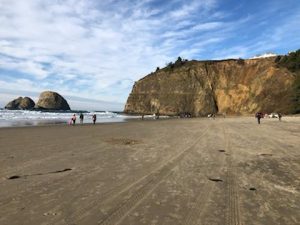 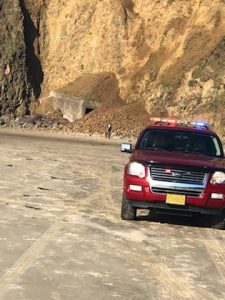 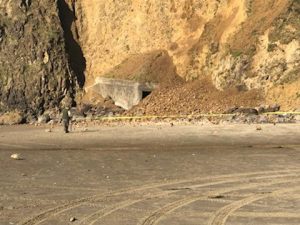 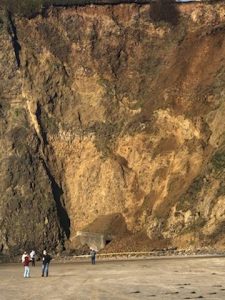 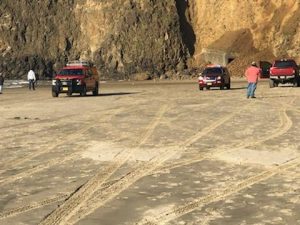 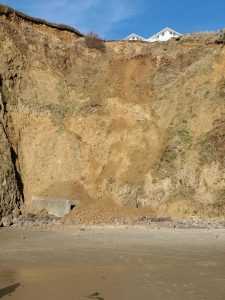