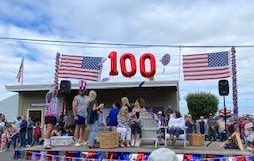 100 years of community was celebrated in Oceanside on July 5th.  One of the many highlights (besides the parade and the cake and ice cream) was the official dedication of the newly improved Oceanside beach access project. The construction of the Oceanside Beach Access Improvement Project  improves emergency access while providing pedestrian safety. Project paid for with Tillamook County Public Works Pedestrian/Bicycle Fund, Oregon Parks and Recreation Department and a planning grant from Tillamook PUD. 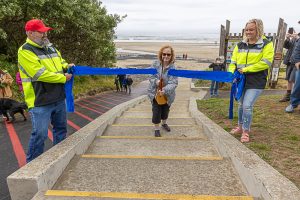 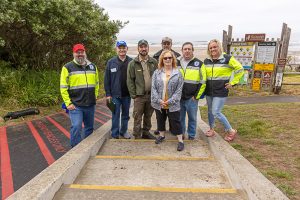 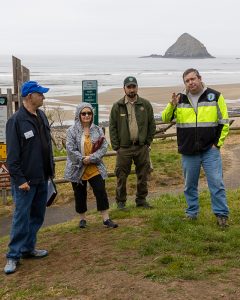 Enjoy a video of the official dedication:

Here’s a “before” and “after” photo of the same family from Oceansider Jerry Keene: 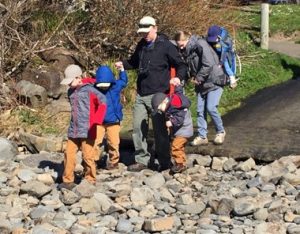 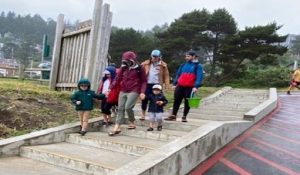 The Centennial Independence Day Parade was the longest in memory! 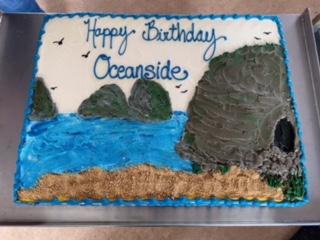 Scores of Oceansiders joined the celebration for Tribal acknowledgments and greetings, comments and poetry from the Rosenberg clan and cake and ice cream! 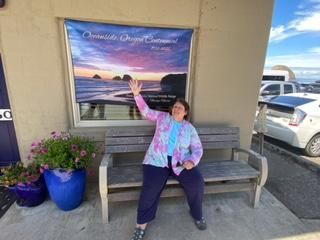 Outgoing ONA Vice President Marilyn Roossinck spent months organizing the Centennial Celebration.  It was a triumph, Marilyn – and we all thank you! 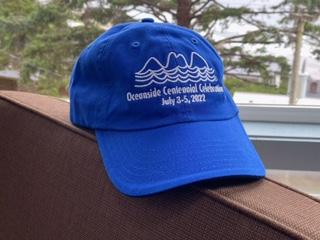 We quickly ran out of these Centennial caps, featuring longtime Oceansider Elki Powers’ familiar logo. (Thanks for letting us use this, Elki!)  The Oceanside Protection Society offered the caps as thank you gifts for tax-deductible donations of $25 or more. Proceeds to the ONA for tech equipment and supplies.  By popular demand, we will send for more caps.  Order yours by replying to this email newsletter or sending an email to oceansidefriends@gmail.com