TILLAMOOK, Ore.- The Cedar Butte Fire burning west of Highway 6 up Cedar Butte Road is currently estimated at 50 acres. The fire is burning entirely on Tillamook State Forest ground in a unit that completed timber harvest last month.
Favorable conditions last night allowed for crews to make progress reinforcing fire lines. This morning, two Type II helicopters and two Single Engine Air Tankers (SEATs) will be working to control the fire from the air and over 100 personnel are on the ground working to reinforce containment lines and prevent the fire from spreading into adjacent timber. Investigators are on sight and the cause is under investigation at this time. 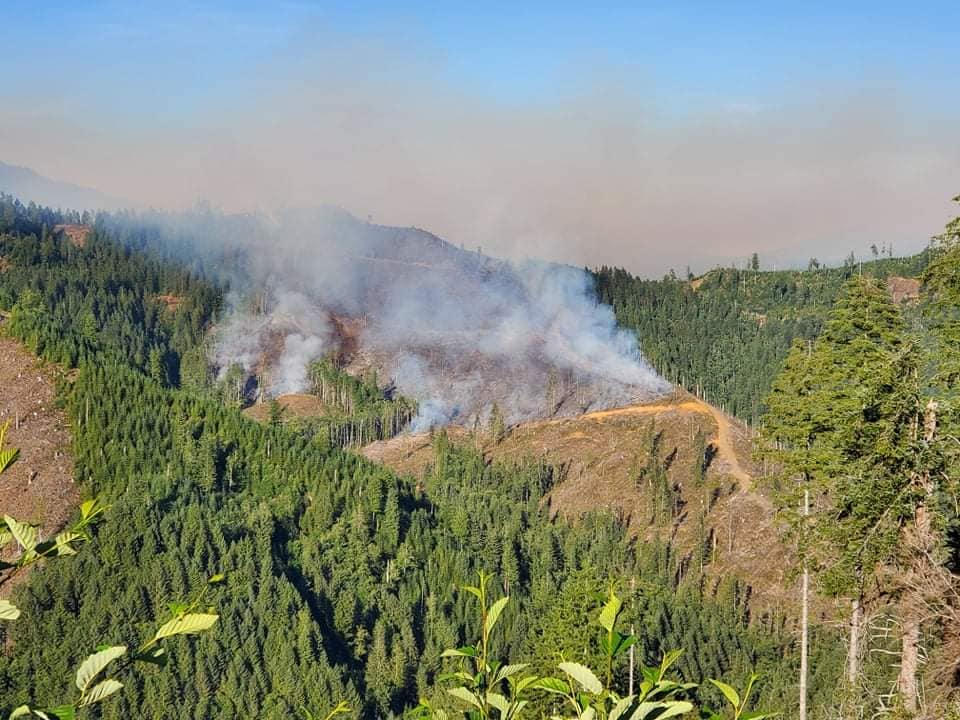 
ODF would like to thank the Washington County Parks Department for their assistance in securing Hagg Lake for aerial operations, the Tillamook County Sheriff’s Office for maintaining access for fire personnel at the Cedar Butte Road Bridge, and the Port of Tillamook Bay for accommodating firefighting aircraft.