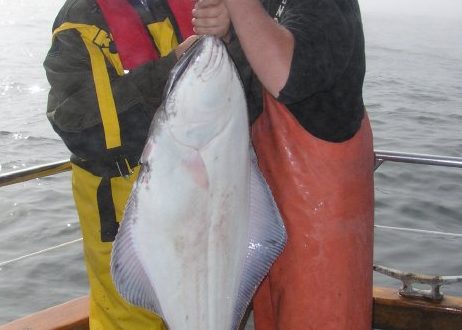 NEWPORT, Ore – Oregon Department of Fish and Wildlife fisheries managers announced the following decisions on Pacific halibut sportfishing season openings on Friday April 24th:
Columbia River all-depth and nearshore: The opening of these seasons is postponed pending further consultation between ODFW and the Washington Department of Fish and Wildlife (WDFW). ODFW and WDFW manage this shared subarea in close coordination, although each state may adopt different opening dates if necessary. The Columbia River all-depth season was originally planned to open April 30 and the nearshore season on May 4. ODFW will announce new opening dates after a decision is made.

Central Coast spring all-depth: This season is currently scheduled to open May 14. The spring all-depth fishery in this area from Cape Falcon to Humbug Mountain normally sees a high level of participation and season modifications may be necessary due to COVID-19 concerns, but no decision has been made at this time. ODFW continues to evaluate conditions and will announce any changes to the opening date.
Central Coast nearshore: Opens May 1 as planned. Unlike the Central Coast all-depth season, the nearshore season normally does not attract a large number of halibut anglers in a short period of time, particularly in the early part of the season.
Southern Oregon Subarea: Opens May 1 as planned. Most boat ramps and access points are open in this area which stretches from Humbug Mountain to the Oregon-California border, and the halibut fishery here typically sees lower participation spread out over time.
ODFW strongly recommends anglers follow the Governor’s Stay Home, Save Lives order by maintaining social distancing guidelines, and minimizing travel. Anglers should fish destinations close to home as the inundation of visitors to coastal communities and other popular travel destinations in late March led in part to the Governor’s Executive Order.
Many boat ramps and access points along the coast remain closed – anglers are encouraged to be certain the facilities they plan to use are open before heading out. Anglers should also check for regulation changes and announcements.