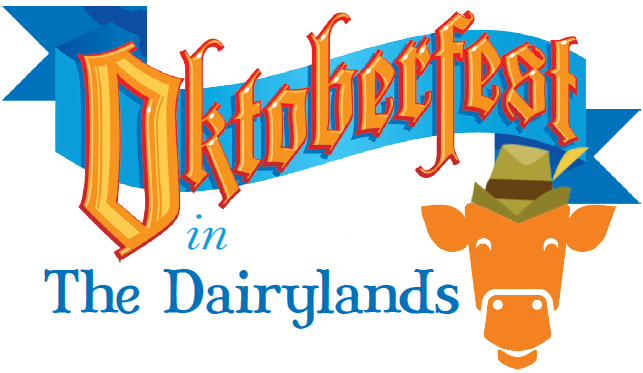 Returning for the fourth year, Oktoberfest activities will be held in Second Street Plaza on September 7th from noon to 6 pm.
In 2014, a group of community leaders came together with a goal in mind; they wanted to recreate the celebration of Swiss music and culture that was such a huge part of their childhood. “A lot of us grew up with Swiss dances, festivals, reunions and music being a huge part of our lives,” said Adam Schwend, one of the original organizers. “We felt that there would be those in the community who would love to relive those days, and others who never had a chance to experience them to have the ability to see what people were talking about when someone talked about a ‘Swiss Stomp’.”

The group struggled with a lot of questions about what the event should look like, who should sponsor it, when and where it should be and how it would be paid for. Eventually, they decided to take a step back and encourage an individual organization to take the event on as a fundraiser rather than create a new organization. The Monday Musical Club of Tillamook saw it as a great way to celebrate local music and local music history as well as raise funds for their Cultural Events concert series. “It just seemed like a good fit,” said Schwend. “Monday Musical has non-profit status, can accept donations, and had a little bit of seed money to get started. It made sense and it’s worked well.”
Like any first year event, there were struggles. “Oh Lord, the first year was a mess,” laughed Schwend. “The stage didn’t show up on time, we held it in the evening and it got windy and cold, we didn’t have enough volunteers. I thought for sure no one would ever want to come back. But people came to me afterwards and said how much they loved it and how they couldn’t wait for next year. I couldn’t believe it.”
The next year, the event moved to its current location, Second Street Plaza in Tillamook, an event committee was formed to handle a lot of the details, and Chef Nelia Seratista of Pacific Restaurant took control of serving food. “It was exactly what we needed and it was a big hit.”


What hasn’t changed is the entertainment. A mixture of local talent, formerly local talent and talent from the Portland Metro area will again be on stage, especially featuring The Fabulous Polkatones, a polka band with its roots in Tillamook. Schwend’s great-uncle, Al Schwend founded the band in Tillamook in the 1970s and took it on the road all over the western United States. When Al passed away in 1997, the band continued on and does so to this day.

Dancing is also a huge part of Oktoberfest and Tillamook will be graced with both local and imported talent. The dancers from Oregon Coast Dance Center will again take part in the event, as well as The Tirolean Dancers of Oregon, a troop of professional dancers from Portland.
Tickets for Oktoberfest in the Dairylands are $10 and include a commemorative mug (while supplies last). Tickets can be purchased at the Tillamook Chamber of Commerce Visitors Center, at the Monday Musical Club website, www.mondaymusicalclub.com, on Monday Musical Club’s Facebook page or at the gate on the day of the event. For information, contact Adam Schwend at (503) 457-8865 or apschwend@gmail.com