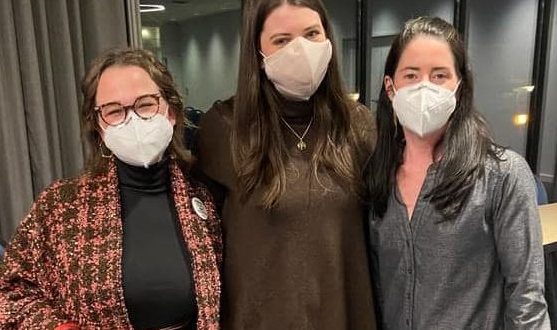 By David McCall
On the evening of January 3rd, 2022, less than three weeks after Betsy Johnson abruptly resigned from her state senate seat, seventy Precinct Committee People (PCPs) from all five counties in Senate District 16 convened in Seaside to select a slate of candidates to forward to the county commissioners, so that a replacement can be appointed within 30 days, and in time to be sworn in and participate in the short legislative session in February.
Even though Tillamook County accounts for only about 12% of the registered voters in this district, a full 30% of the PCPs arrived from the Land of Cheese, Trees, and Ocean Breeze.
In an open meeting, the PCPs heard from all eight candidates, and then began voting in a system designed to reflect both the diversity of those in attendance and representation from throughout the district.
Two hours after the meeting was called into session, three outstanding candidates had each obtained the majority of support from the voting PCPs:
Three women who represent a new generation in Oregon politics. Although none of them live in Tillamook County, one lives just across the border. Another possesses significant policy experience, while a third has already compiled a strong team to support her.
The manner in which these candidates were selected demonstrates that the democratic process still works well, and we in Oregon can be proud. There were no closed doors and smoky rooms to hide the process, but rather a fully transparent process that ensured inclusivity and offered a fair shake to each and every candidate.
All three candidates will soon appear before a joint meeting of the county commissioners of the five counties in the district, at which the commissioners will choose which young woman will represent us in Senate District 16.
2022 has started off well!