EDITOR’S NOTE: With so much attention being given to discrimination, inclusion and equity issues these days, the “Kitchen Maven” Judith Yamada steps out of the kitchen with a thoughtful opinion article that we should all pay heed. This is something we ALL might have to face – age-discrimination. My favorite interviews have always been with elders, their stories and insights, the wisdom, humility and grace of our senior citizens should be treasured and preserved, but that is not the case with our American society. We can do so much better, and this perspective brings up the “treat those as you would like to be treated” moral. Remember, with good health and good luck, we will grow old. Changing our society’s treatment of elders would have positive outcomes for every generation. 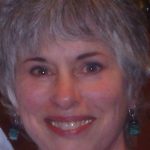 By Judith Berman-Yamada
Many people are already a member of at least one group that is underprivileged due to prejudice. Whether the prejudice is based on one’s race, religion, ability, gender, sexual orientation, income or social status, you have experienced what it feels like to get less (including services and respect) or be viewed as inferior or less worthy. It isn’t politically correct, and it’s unacceptable, to attach or insinuate derogatory aspects or traits to people based on who they are simply because you don’t fit into their group or share their beliefs or their lifestyle. Most of us try to be careful about assigning negative traits to any particular group, and the majority of the public view themselves as open-minded and socially integrated. Heaven forbid someone should hear you express a racial slur or make fun of someone with a disability. However, one group is consistently bashed daily by politicians, liberals, conservatives and people in every group listed above. This marginalized group is the elderly, also known as elders, seniors, and more recently, “olders”.

If, by chance, you’re one of the lucky folks who’ve never experienced prejudice or intolerance at a societal level, just live long enough and you will. Turn 60 and your value will quickly disappear down the rabbit hole. That’s when the insidious problem of ageism strikes.
Ageism is the stereotyping, prejudice and discrimination against people due to their age, and it’s especially prevalent against senior citizens who suddenly realize that they are no longer being taken seriously, are no longer considered capable and are perceived with disdain and disregard.
Robert Neil Butler coined the term “ageism” in 1969, in reference to discrimination against seniors. Some of you may laugh at this prospect, and believe it doesn’t exist. It’s hard to imagine that old folks were once young, fresh-faced, active, sexual, and independent. And it’s even more difficult to imagine yourself as they are now. But, one day that old person will be you. And what makes ageism all the more insidious is that, unlike other prejudices, ageism targets your future self. Think about that for a minute.

Why would someone with years of experience, education, work and relationships become “less” as they age? Why would any society that prides itself on being respectful and understanding, regarding the beliefs and practices of so many societal groups, treat the elderly like they are all the same, a homogenous worthless mass that should climb on an ice float and head out to sea?

Practicing ageism prevents communities and societies from benefiting by the wisdom and knowledge of people with a lifetime of experience. It also adversely affects the later years of the elderly as they are relegated to a position of disrespect and made to feel worthless.

The large number of “baby boomers” (reaching age 60) is increasing, but society has failed to embrace this growing population. According to Karl Pillemer, professor of human development at Cornell’s College of Human Ecology and professor of gerontology at Weill Cornell, “Ageist attitudes and policies not only impair older people’s occupational lives, but also negatively affect their mental and physical health”. According to a study by the non-profit Alliance For Aging Research, “systematic bias against the elderly hurts older patients in America”. Findings include that older patients are less likely to be screened or tested for other health problems, and that proven medical interventions, for older patients, are often ignored leading to inappropriate or incomplete treatment.

As in the rest of society (this is a global issue) ageism in the workplace is real and it’s illegal in America – but still happening. Recently a friend of mine, in her 60s, applied for an entry-level office job in a small town. She has a college degree and years of experience, but was told by the interviewer that he “likes to give young people a chance”. Of course, she didn’t get the job. And now, according to AARP, age discrimination has gone online.

In a study, just a few years ago – the largest of its kind – 40,000 resumes were sent for 13,000 openings in twelve cities. The researchers each sent three resumes representing three age groups. The resumes had similar qualifications and skills, but the older group got much fewer callbacks.

Promoting collaboration between people of different age groups is a primary way in which to conquer ageist attitudes. However, it’s not unusual for people (including older people) to make comments like “he’s too old to do that” or “I’d prefer someone younger to represent me”. Do they ever think about what they’re saying and how it perpetuates this unsettling societal belief? When old people, themselves, believe and repeat the hype, it’s gone from systematic prejudice to self-loathing. And it’s not okay.