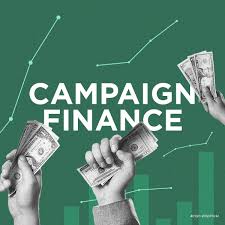 By David McCall
When my ballot arrived, I remembered a piece from a few days ago warning of “a ‘fake’ campaign funded by outside progressive money.” With a few minutes to spare, I took the author’s advice and researched the PAC’s campaign finances on Orestar*.
Orestar is the state’s campaign finance transparency system, individually identifying each contributor giving over $100 to a campaign. As I’ve heard former Senator Betsy Johnson state many times, it works well because the legislature commissioned it.
Right there, laid out in black and white, was the cold proof of who was financing this group. Dozens of people had donated less than $100 each, and only a handful over that. I recognized all but one of the names — people who live in Netarts, Tillamook, Bay City, Nehalem, Manzanita, etc. All locals. The largest contribution was $1000. I didn’t see any red flags here.

Since I had a few more minutes to invest in this rabbit hole, I decided to check out some local races, since as Tip O’Neill told us, “All politics is local.” So on to the commissioner race! Not surprisingly, the average contribution was a bit higher, but once again, I recognized most of the names who were listed as contributors to Mary Faith Bell’s campaign as locals. Her opponent had not reported any contributions or expenses at all.

So on to the state house race! New locals running for this open seat. The first thing I noticed when I pulled up Logan Laity’s info is a line highlighted in red. When Orestar was created, they must have wanted to make it easier for us to identify the red flags of out-of-state influences on our politicians. Well, it looks like Logan received $150 from someone in Montana — maybe an old friend or relative? Other than that, pretty boring looking at his list.
Cyrus Javadi has managed to draw in about six times as much money. Although he has quite a few red lines, they appear to be from family members or fellow dentistry professionals. So where’s the money coming from? Quite a few political action committees have made significant contributions, with one giving as much as A Just Right has raised in aggregate so far!
The third contestant in this race has not yet raised or expended any money.

The state senate, not surprisingly, is a different story. Heading into an uncontested primary, the Democrat has raised about as much as the Republican. The number of “red lines” is about the same, though Melissa Busch’s appear to be from individuals in Kansas, whereas Suzanne Weber’s appear to be primarily from large corporations. I chuckled when I saw that Anheuser Busch Companies have given $3,500 to Weber’s campaign, rather than to their namesake.

I’ll keep this in mind as I fill in my ballot.