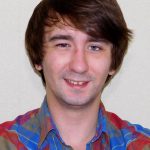 By Brian Halvorsen, Independent/Progressive candidate for House District 32
Since I started my campaign for the 32nd District State Representative over a year ago, I made the key focus of my candidacy the need for campaign finance reform to prohibit the wealthy and special interest groups from buying our elections through campaign donations.
As a working-class person I’ve found it nearly impossible to compete with the Democrat and Republican candidates who are raising and spending obscene amounts of money. According to The Daily Astorian, the two campaigns combined have raised over $560,000 dollars.

Why do we need to spend so much on campaign ads that do so little to inform? Wouldn’t that money be better utilized on the numerous problems facing our communities like homelessness and a lack of affordable healthcare? Of course it would and we all know this.
The reason our elections are awash in money is because Oregon is one of just seven states with no limits on the amount that can be donated to a political campaign. As a result we see someone like Phil Knight able to give over $1.5 million to the Knute Buehler’s gubernatorial campaign, according to The Oregonian.
It doesn’t have to be this way. I’m the only candidate in the House District 32 race that has filed an PC7 with the Oregon Secretary of State that pledges I’ll limit my spending to $3,500.
If elected, I’ll make my number one priority getting big money out of Oregon elections. But I’m not waiting to get elected. I’ve worked with the people who have put together a petition to enact constitutional limits on money in state elections. They’re currently circulating a petition to get it placed on the 2020 ballot. For more information on the petition and how to sign go to honest-elections.com.

Please vote by November 6 and do what you can after to stay engaged in politics. With more people included in the political process we’ll get better outcomes.