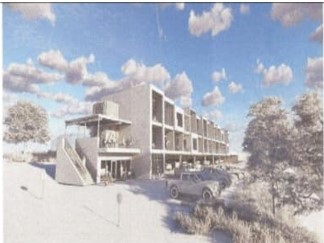 From Andy Stephens: Fusion Lodging bought the historic 100+ year old Oceanside Cabins in July and has been very tight lipped about their plans with the property. The Oceanside Neighborhood Association President Jerry Keene was informed about the proposed new hotel they plan to build. The County doesn’t need to notify the public because they are building without special variances and none of the Oceanside or Netarts community groups have been notified because they are not regulatory agencies. There is a permit meeting with the county on Tuesday to see if they can streamline the permit process. The word needs to get out because the Netarts and Oceanside communities are devastated to learn of losing the historic cabins and big investor money coming in to our quiet beach town. Here is an email sent out by Oceanside Neighborhood Assoc. president Jerry Keene on Friday November 18th:

We have just learned the plans for the new hotel at the current site of Oceanside Cabins are further along and more extensive than we understood from las week’s conversation with the new owner’s representative, who declined to share the plans. The ONA (Oceanside Neighborhood Association) has just obtained concept plans and pictures of the new structure Fusion Lodging is proposing to build (where Blue Agate is located.) The proposal calls for a restaurant and 25 guest rooms, with parking on the ground level and an adjoining two-story parking structure. The structure’s average height will be 35 feet – the maximum allowed by county building standards.
We’ve also learned that Fusion Lodging has asked the County to schedule a “pre-application meeting” (pre-building permit) with the relevant regulatory agencies to coordinate and expedite the necessary regulatory approvals. The county did not notify or invite an ONA representative (we’re not a regulatory agency) but we will have someone there. We should learn more about the proposed construction timeline then (Tuesday.)
Because the location is currently zoned for commercial use and the plans appear to comply with the county’s construction standards without the need to apply for variances, it is unclear what opportunities will be afforded for public input. The ONA Board has also contact Community Development Director Sarah Absher to obtain more information. We will share and/or post more information as it becomes available.
Jerry Keene, ONA President
oceansidefriends@gmail.com
www.oceansidefriends.org