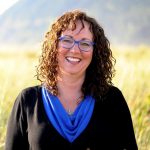 On the infamous Friday after the Supreme Court decision to reverse Roe vs Wade was announced, I ran into a friend at the farmers market. My friend is lovely, sharp and spry at 93. We stood in the grassy aisle in the sunshine and talked about sad things. “You know,” she said to me, “when I was in college in Boston,” in the late 1940s, “I used to go to the garment district in the mornings with some other girls from school and pass out information on birth control to the women who worked there. Birth control was illegal then.” She looked at me with dismay and said, “It’s hard to believe that we have slid so far back.”

My friend was referring to the fact that beyond reversing Roe vs Wade, Supreme Court Justice Clarence Thomas suggested that the court should also revisit the right to use birth control. No one in their right mind would think we should go back to a time when Americans did not have the right to use birth control. Nevertheless, Justice Thomas said it, and in the wake of the reversal of Roe vs Wade, we would be foolish not to take him seriously.

Justice Thomas also said that the Supreme Court should revisit the right to engage in gay relationships or marriage. As a decent human being, this horrifies me. In a 2022 Gallup poll, 7.1 percent of Americans identified as LGTBQ. That means that unless you live in a cave, and maybe even then, we all know and perhaps love someone who is gay. Odds are good that we know multiple people who are gay. Do we honestly think they should be treated as second class citizens, without the basic human rights afforded heterosexual people? Do we think they should have to live in fear, keep their relationships secret, and skirt the periphery of society? That perspective is narrow, mean and unconscionable.

I have beloved friends who are gay, wonderful, talented, bright, generous, hard working, loving pillars of the community. I want them to have the promise accorded every American in the Declaration of Independence: “We hold these truths to be self-evident, that all men are created equal, that they are endowed by their Creator with certain unalienable Rights, and that among these are Life, Liberty and the pursuit of Happiness.”

Our government was created to protect those rights; who are we, and for that matter who is Clarence Thomas, to withhold them? And where does it stop? What else is at risk? Civil rights?

The news of the reversal of Roe vs Wade has more than half of the population of the United States reeling in shock and anger and re-lived trauma. A beloved friend shared that she had an abortion at 14. She became pregnant after she was drugged and taken advantage of by adult men. Should she have been forced to have that baby? Is that what we want for our daughters, sisters and granddaughters?

That is now the reality for girls and women in at least 15 states; four more states are likely to ban abortion in the coming weeks and months, and the future of abortion in 10 more states is uncertain, according to a recent article in The Washington Post. Republican legislators hoping to capitalize on the momentum of the Supreme Court decision are calling for a nationwide ban on abortions.

It is inescapable that the girls and women who will be most impacted by the criminalization of abortion will be victims of rape and incest, the young, the poor, and women of color. I am ashamed that we are moving in the direction of willfully oppressing the most vulnerable girls and women in our nation, in the most difficult situations of their lives.

I grew up in the Catholic church. What it means to me to be a Christian is that I work to align myself with the teachings of Christ. Christ was perfectly clear on how we are supposed to treat one another. We are meant to love our neighbors as ourselves, to love the least of these, to judge not, to seek goodness, respect others, to be kind and to be merciful, and to practice forgiveness. Most challenging for me, we are called to love our enemies and pray for them.

Most people, regardless of our faith background or status, can agree that the world would be a better place if we humans practiced these principles. Christ didn’t have anything to say about abortion. When I apply the teachings of Christ to the issue of abortion, it is clear to me that I am supposed to offer love and kindness and mercy to women and girls in crisis, not judgement. It is not my business to judge another person’s difficult situation or painful decision.

I believe that we have immortal souls. I don’t pretend to know when the soul is present in a fetus, whether from the time of conception, the very moment the sperm breaches the egg? My intuition tells me no, but what do I know? Or is it at the quickening, mid-way in a pregnancy, when the woman feels the presence of life growing in her womb? Or perhaps at birth? No one knows. As a faithful person, when I consider the fate of the unborn, it occurs to me that if I believe that a soul comes from God, and I do, I must also believe that an unborn soul returns to God. Where else would it go? To purgatory? You won’t find purgatory in the bible. Would a loving God abandon unborn souls on some refuse heap outside of the gates of heaven?

Concern for the unborn soul is religious in nature, and that’s the heart of the issue. Our country holds the separation of church and state as a primary value. It is antithetical to the separation of church and state to institute laws enforcing religious beliefs, no matter how strongly held. Eliminating bodily autonomy for half of the population based upon religion is indefensible in a free nation.

Many Americans are grieving the loss of the credibility of the Supreme Court. This can’t be overstated. The United States Supreme Court was created to represent the unshakable foundation of the laws and constitution of our nation, separate and apart from partisan politics. Sadly it is clear now that we have moved into an era where the current Supreme Court is leading with both political and religious bias.

Nina Totenberg, longtime NPR Supreme Court reporter, said of the reversal of Roe vs Wade, “In this decision, the court spent all of its political capital.” I agree. How can we trust them now? If we’re going to have a partisan Supreme Court, they should be elected to terms like our legislators, and not appointed for life.

Where do we go from here? American women and girls have had the right to birth control since 1965, and the right to abortion since Roe vs Wade was passed in 1973. That means that generations of women including me have taken those rights for granted. This is a political process. We are living with the consequences of leaving the political process up to other people. We need to wake up and take a clear-eyed look at not only what we’ve lost, but what more we stand to lose. We need to take up the mantles that our mothers and grandmothers laid down when they thought the battles were won.

The Supreme Court was stacked with conservative judges by people who were elected to office. The majority of people in the United States support abortion rights; that being the case, all of us need to vote for candidates who support our values. In states like Oregon where women’s rights appear to be safe for the present, we can’t assume that they always will be. We need to be vigilant now and in the years to come for the cascade of rights reversals that are likely to flow from this Supreme Court. While the Supreme Court is putting critical decisions into the hands of state governments, Republican legislators are vying for a path to make the reversals national. I can’t be more clear on this point: everyone with an opinion or something to lose needs to vote. All of the disenfranchised voters who believe their votes don’t count need to vote. Everyone who is angry or depressed or hurt or feeling hopeless needs to vote in November, and in every election thereafter. It is a small investment in time and energy to become informed and to vote. The consequences of not doing so can be devastating.

Finally, I am certainly aware that a lot of people are celebrating the reversal of Roe vs Wade, Catholic family members, friends and neighbors, lots of folks who passionately believe that protecting fetuses takes precedence over every other concern. Those folks are celebrating the fact that the Supreme Court has a religious, conservative bias; they feel like it is finally their turn. The vast majority of them are good, well intentioned people with a belief system that is different from mine.

It would be a mistake to let the reversal of Roe vs Wade to fill us with hate and drive yet another wedge between us and our neighbors. We are suffering as a society from an onslaught of us vs them issues in recent years. Hate and divisiveness are bad for all of us. We have to figure out how to not engage in vilifying our neighbors for their beliefs, but rather, to love our neighbors as ourselves. We are all broken hearted about something.