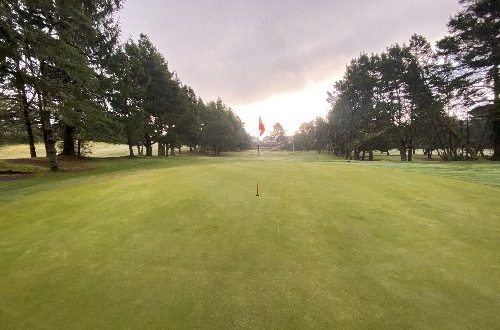 By Deb Simmons
Did you know that the City Council has the final say in rulings made by the PlanningCommission?
At the Planning Commission meeting on June 20th, emotional and concerned citizens asked for accountability on the proposed “hybrid Manzanita Lofts Hotel” in Manzanita. I have been following this dialogue for awhile. It centers around a 34-unit complex between Classic Street and Dorcas Lane, butted right up against the north-east end of the Manzanita Links golf course. The hybrid hotel would face the green of the golf course’s Signature Hole – #5.

At the end of the meeting, the Planning Commission voted unanimously to deny this proposal. Although concerns were numerous, safety was prominent. I listened to the 5 hour meeting, knew letters were submitted with nearly 130 signatures against this proposal, and knew neighborhoods surrounding this development were vocal about the impact on their lives.
The caveat, though, is actually in the operating requirements of the golf course. The consequences of this proposed development must be carefully considered and weighed against the risks. Therefore, the City Council must decide what to do with the Planning Commission’s advice and be ready to accept their responsibility if deciding against the recommendation.
Prior to the June Planning Commission hearing, my husband and I wandered by the Manzanita Links Golf Course and started chatting with Jeff Mitchell, the manager. It was a lazy day, not too crowded, so we asked Jeff how he felt about the proposed hotel going in next to the #5 hole.
Jeff was happy somebody asked the question, because the owner of the “hotel” had never been by to discuss the plans for this new development. My husband asked Jeff if he had concerns about the project, and he laughed before saying, “Oh yes!”
I asked for elaboration.
“Well first,” he said, “those folks (guests) are going to get hammered with golf balls. Hammered and constantly,” I asked him who is liable for damages done by golf balls, and he replied, “Well, if somebody gets seriously injured, isn’t the city responsible since it allowed this hotel to be built in such a dangerous place?”
That’s one opinion, and is really the key question for the City Council. The golf course has been here a long time and, all the while, using those 2 tax lots as a safety buffer.
The hole was designed for safety and challenge. Should the council now decide that tax revenue outweighs critical safety issues and functionality of this primary green space – the golf course?
I asked Jeff about the trees blocking the balls, and he — laughed again. I got the impression that any golfer worth the grain knew that golf balls going between 100 – 180 miles per hour would go straight through green spaces with trees. “Just ask the people who live in Dorcas Village,” Jeff said. “Golf balls show up there all the time.”
Jeff went on about concerns with the drainage… how water just pours over the hill after a few rainy days, how the gully is being filled in, and how that water has to go somewhere — usually down. He talked about guests with dogs and children who could wander onto the golf course and not be aware they were in the path of a speeding missile. Jeff was worried about vandalism with no manager on-site. He was concerned about the smoke and the sparks from the proposed fire pits and how the summers here seem to be getting drier. We listened to Jeff for 20 minutes — something I figured the developer should have done.
As my husband and I walked away, we had a lot to think about. My husband, a golfer, said that if he was teeing off at hole #5 and knew there was even the slightest possibility that he could injure someone – well, he’d just skip that hole. The goal of the golfer, he reminded me, is to hit the ball straight. When everything lines up perfectly — the ball goes straight. “Most recreational golfers,” he said, “are more like works in progress.” History has proven that with the west wind and the height of that t-box up on the hill, the tendency is for balls to hook to the right when there’s a normal loft of 12 degrees or more. There’s a lot of golf balls that don’t go straight.
Manzanita is lucky to have this beautiful, pristine green space in the city, and the owners of the golf course have generously opened it up to the public so walkers can enjoy it in evenings and on Mondays. The golf course shouldn’t be saddled with lawsuits every time a golf ball breaks a windshield or worse, injures a person.
The golf course was here first. It was designed to be a challenge, but was also designed with safety in mind. It isn’t the fault of the golf course if the city council indiscriminately allows a “hotel” development (with no manager on site) to proceed in an area that has previously served as a safety zone for the golfers.
Lastly, I wondered if the current city council members facing a vote to approve or deny this project (let’s be clear here: it would over-ride the recommendation of the Planning Commission) will personally take responsibility for what the future brings with that vote?