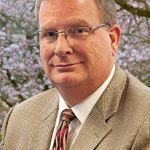 By Patrick Allen, Director of Oregon Health Authority
What a difference two weeks makes. At the start, Oregon’s COVID-19 vaccination program was panned for its “snail’s pace.” But last week Oregon passed most states in the percentage of doses administered and the percentage of people immunized, as vaccinators undercut that rush to judgment. Yet, just as it’s misleading to acclaim the winner of a marathon after a mile, it’s a mistake to assume the path ahead won’t get steeper just because we pulled closer to the front of the pack. As long as vaccines remain scarce, we have hard work and hard choices in front of us.

More doses alone won’t end the pandemic. The real challenge is to get enough Oregonians vaccinated to end it. To do that, we need patience to build trust among vaccine-hesitant communities and a commitment to make sure equity informs every tough call. That includes our decision to vaccinate educators next.

As of Jan. 20, just over a month after the first COVID-19 vaccines arrived, here’s where Oregon stands in our vaccination roll-out:

Oregon ranks 19th in the nation in percentage of vaccine administered at 50%.
Oregon ranks 20th in the nation in the percentage of population given at least one dose at 4.6%.
Oregon has vaccinated two-thirds of those in the “Phase 1A” group of health care workers, first responders and people who live or work in nursing homes and other group residences. That’s about a week ahead of schedule.

Over the past week, Oregon vaccinators met Gov. Kate Brown’s daily target of administering 12,000 doses per day, delivering a daily average of 12,289 shots.
How did Oregon move up the charts so quickly? First, we opened the doors to all first-phase groups, instead of asking them to wait patiently in a prioritized line. That change allowed more people to get immunized at once.
Then, among other steps, state immunization officials shifted where we sent the bulk of Oregon’s vaccines. We shipped more doses to big hospitals that could vaccinate large numbers of people (such as Salem Health’s state fairgrounds clinic) instead of allocating doses proportionally across 190 sites.

But when resources are scarce, we can’t optimize for all variables. When we prioritize speed, we leave some people out – especially people our health system has failed to serve or support. Last week that happened to too many people with developmental disabilities, seniors in adult foster homes, people in mental health programs, traditional health care workers and health care interpreters.

Now, we’re setting aside more doses for people in first-phase groups we’ve struggled to reach – and we know that extra effort will take more time. As a result, Oregon’s vaccination rankings could dip. But if the added time gives us the chance to win trust among people often left-out, we’ll take the criticism that comes with making an equity-focused call.

Oregon’s decision to vaccinate educators starting Jan. 25 is another hard choice, but one that aims to end the pandemic earlier, address educational inequity sooner and boost Oregon’s economy more quickly. With limited vaccine supplies, we know we can vaccinate the 105,000 educators and other school, early learning and childcare workers in a much shorter time than it will take to immunize Oregon’s 800,000 seniors.

Families have struggled to balance the demands of work and distance-learning. Many students have fallen behind and lost access to the social connections, meals and support on-site schools offer. Parents have left jobs and lost income to stay home and keep kids on track. COVID-19′s impact on learning has cascaded across the economy. Quickly vaccinating educators gets students back into classrooms, and parents back to work, months sooner. And restarting schools mitigates the harsh educational and economic inequities the pandemic has worsened.

And let’s remember: Oregon has prioritized seniors since the outset of the pandemic. Recognizing that every death is tragic, the state has adopted policies and restrictions designed to protect our older population. Oregon now has the second lowest COVID-19 infection rate among seniors in the nation and the third lowest death rate among people 65 and older. And vaccinations are already underway: pharmacies have finished giving first doses for residents at nursing facilities in Oregon. Oregon will open vaccines to all seniors over a four-week period starting with people 80 and older on Feb. 8.

Oregon has learned a lot in five weeks. We’ve made some mistakes, but we’ve adapted quickly. And while we intend to keep outpacing most other states, we won’t leave any Oregonian behind for the sake of speed alone.